Don’t Just Receive: Unite Your Heart in the Sacrifice of the Mass 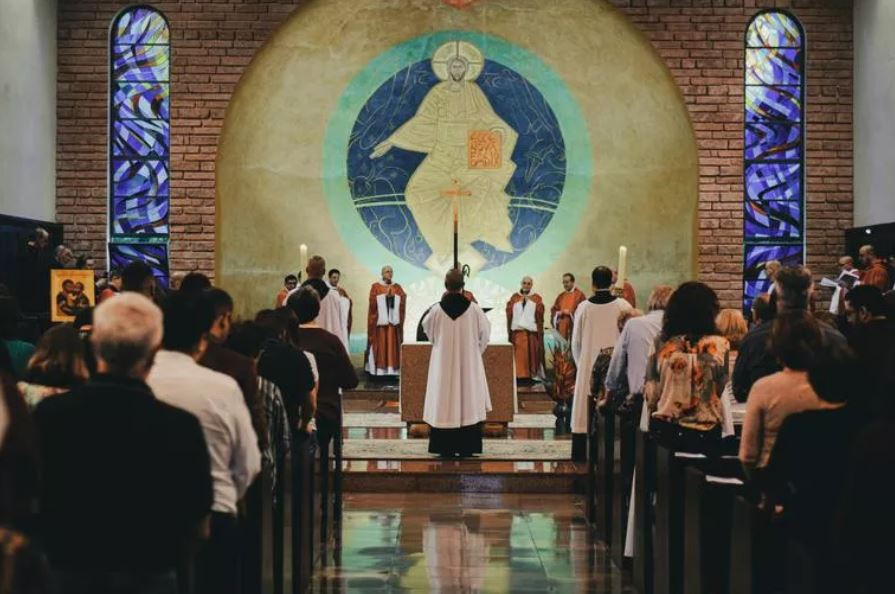 Don’t Just Receive: Unite Your Heart in the Sacrifice of the Mass

COMMENTARY: We are called to worship God and unite all our works, joys and sufferings with Christ’s perfect act of self-giving love. And we do that most fully in the Holy Sacrifice of the Mass.

Certainly, Holy Communion is the climactic part of the liturgy. Our God comes to dwell within us as we receive Jesus’ very Body, Blood, Soul and Divinity! But many Catholics don’t realize how important it is to participate in the sacrifice of the Mass as well.

Worship of God is not just about receiving. It is about giving — giving God our thanks, praise and love; giving him our hearts, our entire lives. And while there is a growing therapeutic trend in some circles of popular Catholicism — a tendency to focus on what God does for me, solving my problems, fulfilling my dreams and making me feel good about myself — the Church still lifts high the cross and teaches that we are called to worship God and unite all our works, joys and sufferings with Christ’s perfect act of self-giving love. And we do that most fully in the Holy Sacrifice of the Mass.

How is the Mass a Sacrifice

One might wonder, however, in what sense is the Mass a sacrifice? This is, admittedly, not easy to see. After all, Catholics do not go to Mass as the ancient Jews went to the Temple, bringing animals to the sanctuary to be slain, cut up, burned and offered to God by a priest. The sacrifice taking place in the Mass is clearly not one of cattle, sheep or goats. It does, however, involve a real sacrifice — the sacrifice of Jesus Christ, the Son of God, who in his death on the cross offered his life as a total gift to the Father and redeemed the world.

This is crucial to understand — and absolutely amazing to realize! The Mass does not merely recall or symbolize Jesus’ death on the cross. It sacramentally makes present Christ’s redeeming sacrifice so that its saving power may be more fully applied to our lives. In other words, the Mass is not simply about reverently remembering Christ’s death on Calvary. It makes that saving event present to us so that we can enter into it.

When we go to Mass, we in a very real sense go to Calvary, for the mystery of Calvary is made present to us sacramentally. As the Catechism of the Catholic Church explains, “In the divine sacrifice which is celebrated in the Mass, the same Christ who offered himself once in a bloody manner on the altar of the cross is contained and offered in an unbloody manner” (1367; see also 1362-1372).

How can this be? How can Christ’s sacrifice on Good Friday be made present to us today? Let us take a closer look at Jesus’ words at the Last Supper.

Imagine being one of the apostles — say, Peter, James or John — present at the Last Supper. Imagine watching Jesus, in the context of the Jewish Passover feast, take bread and wine and saying, “This is my Body. … This is my Blood.” Picture him saying that his Body is being “given up …” and his Blood is being “poured out for the forgiveness of sins.” And then he commands you and your fellow apostles to continue to celebrate this meal. He says, “Do this in memory of me.”

What would this have meant to you? What would a first-century Jew be thinking, hearing these words put together like this for the very first time?

First, in the first-century Jewish world, the language Jesus used when speaking about his Body and Blood had strong sacrificial overtones. He said his Body would be offered up and his Blood poured out. This language recalled the Jewish sacrificial rites from the Temple, in which an animal’s body was offered up and its blood poured out in sacrifice. By taking this sacrificial language and applying it to his own Body and Blood, Jesus at the Last Supper was already anticipating his sacrifice on the cross. He was referring to his Body and Blood as being offered in sacrifice like that of a Passover lamb.

Second, we need to understand the Jewish notion of memorial. In Scripture, a memorial does not merely recall a past event. It makes that event present. Therefore, when Jesus said, “Do this in memory of me,” he was commanding the apostles to make present as a biblical memorial the sacrificial offering of his Body and Blood at the Last Supper. Indeed, the Body and Blood Jesus spoke of at the Last Supper is his Body and Blood that was sacrificed on Calvary, and this is what is made present to us in the Mass. As St. John Paul II explains, this is exactly what Jesus did at that first Eucharist: “Jesus did not simply state that what he was giving them to eat and drink was his Body and Blood; he also expressed its sacrificial meaning and made sacramentally present his sacrifice which would soon be offered on the Cross for the salvation of all” (Ecclesia de Eucharistia, 12, original emphasis).

Through the Eucharist, the power of the cross is unleashed in our lives in a unique way. As the sacrifice of Christ is made present ever anew at every Mass, Jesus is inviting us to be caught up into his perfect, self-giving love — his total gift of himself to the Father — his loving sacrifice. And he wants to live his sacrificial love ever more through us. He wants to transform us. He wants to heal our weak, selfish hearts and make our hearts more like his. And he does this in a most profound way through our participation in the sacrifice of the Mass. Indeed, “the bloody sacrifice which he was to accomplish once for all on the cross would be represented, its memory perpetuated until the end of the world, and its salutary power be applied to the forgiveness of the sins we daily commit” (Catechism, 1366).

Do you have areas in your life where you need to grow in sacrificial love — in your marriage, your family, your friendships and, most of all, in your relationship with God? If so, then go to Mass. Go often, even during the week. For it is in the Mass that we encounter sacrificial Love himself. Indeed, Jesus writes his own self-giving love of the cross deeper on our hearts every time we unite ourselves fully with the Holy Sacrifice of the Mass.

Why Satan Hates the Blessed Virgin...

Fact Versus Fiction — the Indoctri...