Dublin’s new Catholic archbishop tells flock: ‘I want to hear from you’ 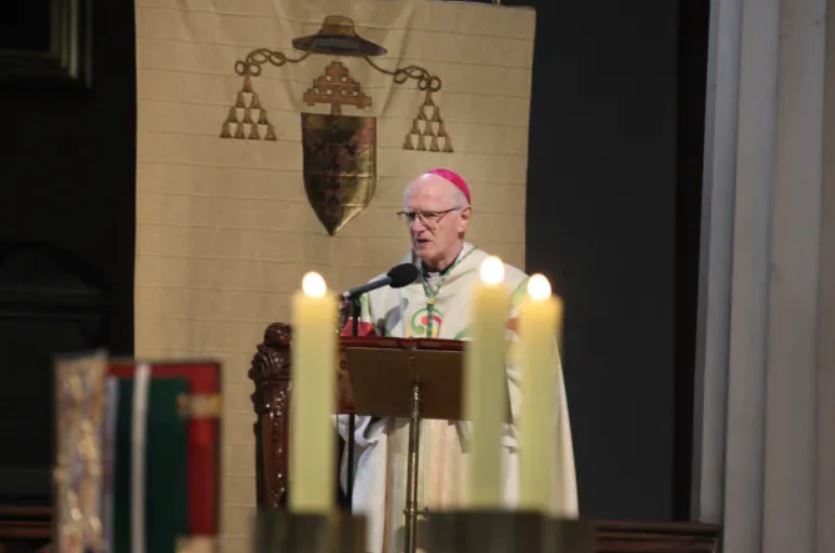 Dublin’s new Catholic archbishop tells flock: ‘I want to hear from you’

Dublin’s new Catholic archbishop has launched a three-week consultation on the future of the archdiocese.

Archbishop Dermot Farrell said in a video released on June 25 that he wanted to hear from “all Catholics and people of goodwill” in the archdiocese that includes Ireland’s capital city and surrounding areas.

In the video, produced by iCatholic, Farrell explained that he had established a task force known as “Building Hope” to engage in “a process of listening.”

“As your archbishop, I know that the Holy Spirit is at work sowing seeds of hope in you every day. I want to hear from you,” he said.

“I have asked the task force to reach out to all Catholics and people of goodwill so that together we can share thoughts, experiences, and the fruits of prayer for the pastoral future of the Church in Dublin.”

The 66-year-old archbishop emphasized at his installation Mass on Feb. 2 that all Catholics were responsible for the success of the Church’s mission in Dublin archdiocese.

“It is an illusion to envisage a plan of evangelization which is carried out only by clergy while the rest of the faithful are merely onlookers,” he said at the Mass at St. Mary’s Pro-Cathedral, Dublin, before a strictly limited congregation due to the pandemic.

The former bishop of Ossory in eastern Ireland was named archbishop of Dublin by Pope Francis on Dec. 29, 2020, succeeding Archbishop Diarmuid Martin, who had led the archdiocese since 2004.

In his video message, Farrell said: “When Pope Francis asked me to become the archbishop of Dublin, my heart was filled with hope, not a naive hope that everything will be better tomorrow, but a hope born of a conviction that transcends these difficult days through which we are living, and a hope that transcends the limits our own capabilities.”

“God has a plan for the future of the Archdiocese of Dublin and together as brothers and sisters in Christ, we are called to pray that He will show it to us.”

“I am asking you to have a conversation in your family — grandparents, great grandparents, parents, and children — on how you see God at work in our Church today — on where the Holy Spirit is calling us to grow,” he said, inviting a member of each family to share the results of the conversation via a form on the archdiocesan website.

The task force will report to the archbishop after the consultation ends on July 18 with “a proposal to start a process of spiritual and pastoral renewal.”

“I am looking forward greatly to hearing from you as together we follow the path that the Lord shows us — as together we strive to grow in holiness and live this time of grace from the Lord,” Farrell said.

“What we do in the coming months and years, how we live through this time of challenge and opportunity, will define who we really are as a people of faith. We must embrace the future: after all, today and tomorrow are God’s gift to us.”