During the Troubles, We Were All Political Prisoners in Ireland 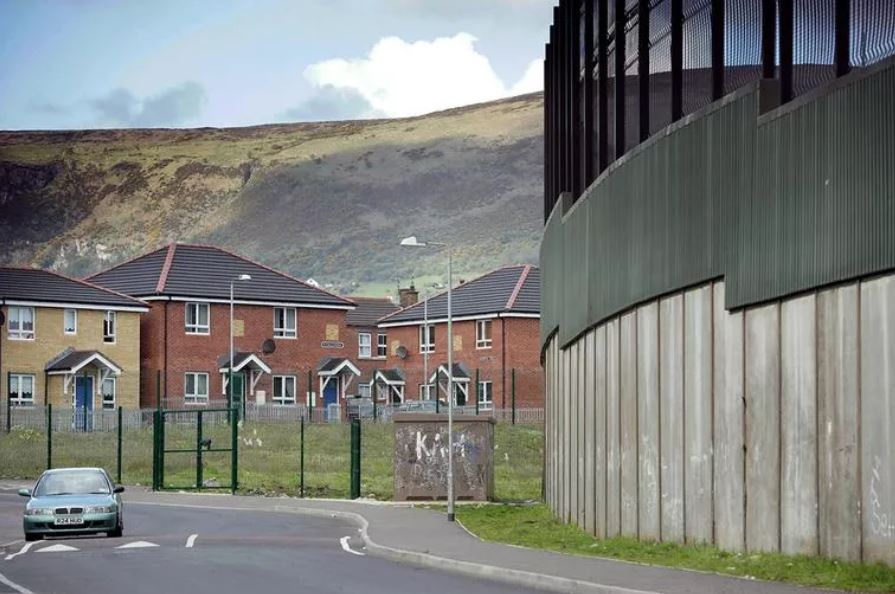 During the Troubles, We Were All Political Prisoners in Ireland

A personal reflection 100 years after the partition of the Emerald Isle.

“How many political prisoners are there in Ulster?” I was asked once. “A million and half,” was my reply.

We were all prisoners — the roughly 1.5 million people living in Northern Ireland. That was because we were in a land where history was never in the past. It was our present: all 500 years of disputed claims of who had inflicted the most hurt and who was still hurting most.

The Troubles, as they are known, are said to have started in 1969 and ended in 1998 with the signing of the Good Friday Agreement. It is a neat 30-year segment; it is also a false assertion.

In reality the Troubles started back with the Plantation of Ulster in 1609 and, to this day, the quarrel remains about which flag flies over the now six counties of Northern Ireland. It takes a long time to break free from 500 years of bitterness, suspicion and hate. The old cliché that an absence of war is not the same as “peace” is true of Northern Ireland in 2021, now 100 years after the Government of Ireland Act partitioned the island, creating the northern state, still today part of the United Kingdom.

Like many of my contemporaries there was only ever one option growing up in that troubled Northern Ireland. That was to leave there as quickly as possible. Family and friends expected as much, and silently accepted the fact that on so doing many of us would never return.

It was a grim time when I left in the 1980s. The IRA Hunger Strikes of 1981 had reinvigorated the Troubles. Furthermore Republicanism had gained fresh impetus having gained some stunning electoral success and — perhaps more crucially — through the Hunger Strikes a fresh set of martyrs with whom to demonstrate to the world how evil was the opposition it opposed. Unionism seemed to have no response to this and, as yet, no room for a real understanding for or accommodation of constitutional Nationalism. Therefore, for many, upon arrival at ferry ports and airports in Great Britain it was a case of: “A plague on both houses!” as the dust of Ulster was shaken from student feet.

In any event, back then, there appeared to be no hope for the place. There was no talk of peace agreements, instead discussion of a possible civil war. Having grown up in a slow-burn war zone, many of my contemporaries had no desire to spend the rest of their lives living in one. But as I was to find out leaving was not as easy as simply stepping onto a boat or a plane.

It would be fair to say that Ulster’s Troubles cast a shadow over much of my adult life. Moments of fear or anger were irrational, at times disproportionate as a news report of a fresh killing would provoke a response, the potency of which even I could not quite comprehend. The pain was real though, whether I wanted to acknowledge it or not. The blood spilled on the streets of Armagh or the fields of Tyrone and elsewhere was linked to the blood that coursed through my veins.

Coming from a Nationalist background, all my grievances against the British state and Ulster Protestants were pre-ordained. As someone once told me, “It’s in our mother’s milk.” Any historical fact that seemed to counter one’s given political position was simply “not true,” or at least not the whole truth. In a war, they say, the first casualty is truth and many of us in Northern Ireland chose conveniently to forget this — easier still to do so when growing up in a place where propaganda had replaced fact. Only now do I realize how distorted my worldview was back then, how pre-packaged by others, and how spiritually corrosive.

It is with a mixture of horror and dismay that I remember how some would attempt to downplay if not quite justify the atrocities committed by “our side.” It was all too easy to do so. One simply reached into a well-stocked store of historical grievances and pulled one out. I can recall little or no talk of forgiveness.

On the English side of the Irish Sea, discussions of the Troubles were overly simplistic. Oftentimes, the English were merely baffled by the level of violence being perpetrated, often frequently by neighbor against neighbor. They were right to be. When one is not appalled by an atrocity then you have lost that which makes us truly human. When your political philosophy justifies anything then you have become something rather than someone.

Yes, we were all political prisoners back then, victims of a tragic history. Yet, the 1998 IRA Ceasefire helped bring some closure. It started one’s own process of finding peace; it allowed my generation to begin, if they wished, to move on.

Mercifully since then, questions posed to me about Northern Ireland are infrequent. They are often platitudes rather than questions, observations about “things looking better” and the like. I simply nod. Except with those from Northern Ireland, rarely, if ever, do I speak of the Troubles. And I long for a day when I’ll never have to speak of them again.
Share With:
Previous Article

‘Sophia’ and Summoning the Demon —...

Patrick: The saint who knew what i...