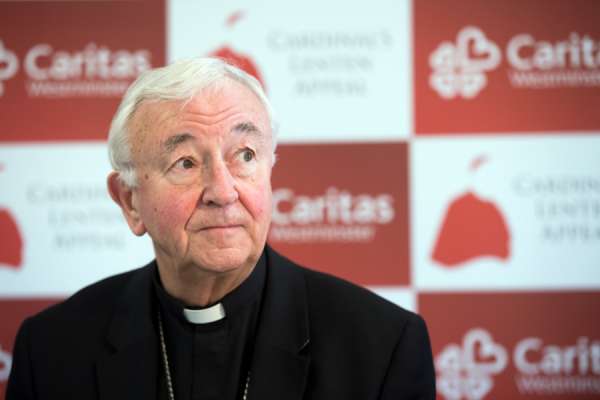 CNA Staff, Feb 24, 2021 / 08:10 am (CNA).- An English cardinal called on Wednesday for “unambiguous legislation” to fight “hateful extremism” following a report arguing that gaps in U.K. law allow extremists to operate with impunity.

Cardinal Vincent Nichols, president of the Catholic Bishops’ Conference of England and Wales, said on Feb. 24 that a rise in extremism, particularly on social media, was a matter of “grave concern.”

“Extremism is a danger and so we need to work together to ensure there is unambiguous legislation that not only prevents and penalizes those spreading it, but equally protects those who experience it,” he said.

The archbishop of Westminster made the comment after the publication of a landmark report by the Commission for Countering Extremism, a government agency created in response to the 2017 Manchester Arena bombing.

The report, “Operating with Impunity,” cataloged dangerous activity that does not fall under current legislation.

It said: “This includes glorifying terrorists online, sharing graphic and violent propaganda (e.g. beheadings) and promoting extremist narratives, which advocate eroding the rights and freedoms of others in our democracy.”

“Current legislation allows people to intentionally stir up racial or religious hatred against a group of people as long as such material is not threatening. This is being fully exploited by extremists to the detriment of our society.”

In a foreword, lead commissioner Sara Khan said that “the current situation is untenable” and appealed for a new legal framework to tackle “hateful extremism.”

Nichols described the report as “a significant contribution to a most important issue.”

He said: “The rise of hateful extremism, not least through the use of social media, is a grave concern and calls for ongoing efforts by all who have our common good at heart.”

“Our society must be characterized by a determination both to counter hateful extremism which seeks to inflict harm, and to protect freedom of speech. This report is a stimulating voice in drawing attention to these matters, with all their sensitivity and resonance.”

The Commission identified “hateful extremism” as a new category of extremist activity in its 2019 report, “Challenging Hateful Extremism.”

It defined “hateful extremism” as having three main characteristics. First, “behaviors which incite and amplify hate, or engage in persistent hatred, or equivocate about and make the moral case for violence.” Second, actions “which draw on hateful, hostile or supremacist beliefs directed at an out-group who are perceived as a threat to the well-being, survival or success of an in-group.” Third, activities that “cause, or are likely to cause, harm to individuals, communities or wider society.”

The U.K. has suffered a series of Islamist terror attacks in recent years, including the Manchester Arena bombing, which claimed the lives of 22 people.

But Ken McCallum, the head of MI5, the U.K.’s domestic security service, noted in October 2020 that “of the 27 late-stage terrorist attack plots in Great Britain disrupted by MI5 and counter-terror policing since 2017, eight have been right-wing extremist.”

Nichols underlined that legislation against extremism should also respect freedom of religion and speech, including “the right to express opinions which run counter to a prevailing cultural consensus without embracing or proposing hate or violence.”

He concluded by quoting Pope Francis’ encyclical “Fratelli tutti,” in which the pope highlights the dangers of political and populist extremism.

“Authentic social dialogue involves the ability to respect the other’s point of view and to admit that it may include legitimate convictions and concerns … it is desirable that they should articulate their positions for the sake of a more fruitful public debate,” the pope wrote.