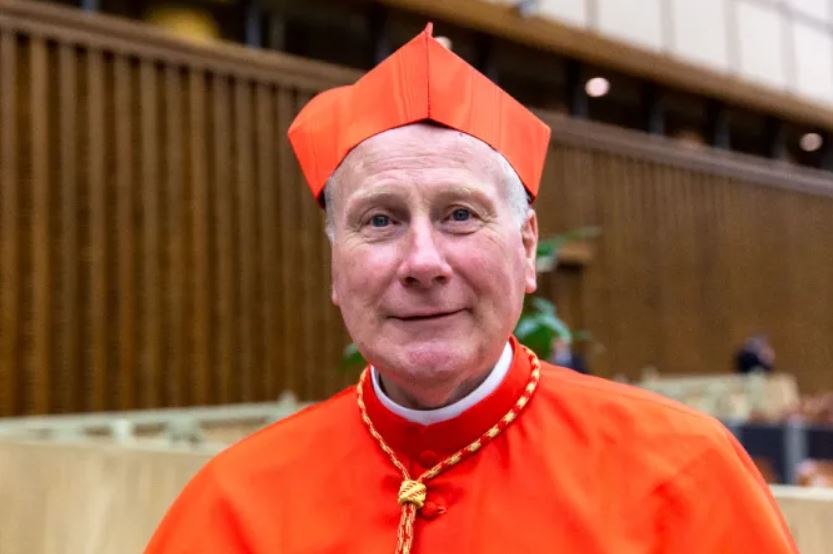 Cardinal Michael Fitzgerald, pictured after receiving the red hat at the Vatican on Oct. 5, 2019. / Daniel Ibáñez/CNA.

A cardinal said on Monday that he was grateful to be honored by Queen Elizabeth II in the British monarch’s annual New Year’s list.

Cardinal Michael Fitzgerald, a former president of the Vatican’s Pontifical Council for Interreligious Dialogue, was made an OBE — or Officer of the Order of the British Empire — by the queen on Dec. 31 for “for services to Interfaith and Interchurch Partnership.”

“I am appreciative and grateful for this award, particularly considering that my ‘service to interfaith relations’ has taken place mainly outside the U.K.,” he told CNA on Jan. 3.

The retired 84-year-old cardinal, who lives in Liverpool, England, has dedicated his life to strengthening relations between Christians and Muslims.

He is a member of the society of apostolic life known colloquially as the White Fathers, founded in 1868 by the French Cardinal Charles Lavigerie to evangelize Africa.

In an email to CNA, he said: “I think the award should really go to the Missionaries of Africa, the Society to which I belong, for having allowed me to have the necessary formation for this service which I exercised first within the framework of the Pontifical Institute for Arabic and Islamic Studies, and then to the Holy See, to Pope St. John Paul II who, in 1987, appointed me secretary of the Secretariat for Non-Christians (as it was then) and later in 2002 appointed me president of the Pontifical Council for Interreligious Dialogue (as it had become).”

“This gave me the possibility of engaging in fraternal relations on a wider scale than Christian-Muslim relations.”

Honors lists recognizing contributions to British society are published twice a year: in the New Year and on the queen’s official birthday in June.

The honors include knighthoods, as well as appointments to the Order of the British Empire, which has three classes: Commander (CBE), Officer (OBE), and Member (MBE). CBE is the highest-ranking award of the three, followed by OBE and MBE.

Another Catholic recognized by the queen on Dec. 31 was Tony Blair, the British prime minister from from 1997 to 2007. Blair, who was received into the Church after he left office, was appointed a Knight Companion of the Most Noble Order of the Garter, the most senior order of knighthood.

Fitzgerald is not the first English cardinal to be honored by the queen. In June 1999, she appointed Cardinal Basil Hume to the prestigious Order of Merit, which is limited to 24 living holders. Hume, the then archbishop of Westminster, died shortly afterward.

Fitzgerald served as president of the Pontifical Council for Interreligious Dialogue from 2002 to 2006, when he was appointed apostolic nuncio to Egypt. After stepping down in 2012, he entered retirement, settling first in Jerusalem and then in Liverpool.

He received the cardinal’s red hat from Pope Francis at a consistory in 2019.

In 2020, Fitzgerald encouraged Catholics to take part in the worldwide struggle for racial justice following the death of George Floyd.

He told CNA that Christians should seek to listen to those who have experienced prejudice.

“I think it’s important that we listen to people and that we try to understand, because it is difficult to speak about racial discrimination,” he said.

The cardinal noted on Monday that Pope Francis had offered encouragement to Catholics seeking to strengthen ties with the followers of other major world religions.

“Pope Francis, with his actions and his teaching — the jointly signed Document on Human Fraternity and Fratelli tutti — is encouraging us to continue building up these fraternal relations which our world badly needs,” he said.

Pope Francis: Visiting the sick is...