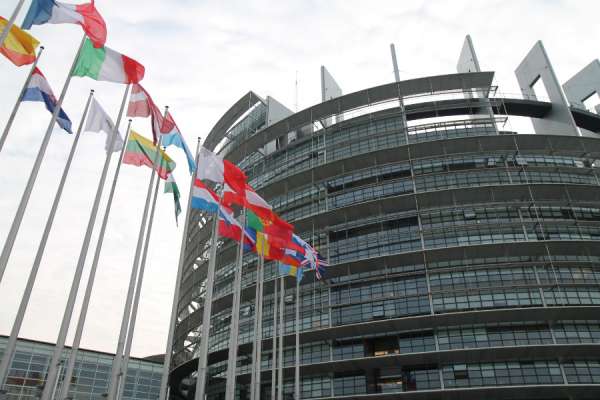 In a letter released on Feb. 25, the bishops said that the resolution, passed on Nov. 26, 2020, would have “a very negative impact” on the way that the European Union (EU) is seen by member states.

The European Parliament, the EU’s law-making body, passed the resolution by 455 votes to 145 after Poland’s top court ruled that a 1993 law permitting abortion for fetal abnormalities was unconstitutional.

The resolution lamented what it called a “de facto ban on the right to abortion in Poland.”

Before the Constitutional Tribunal’s ruling on Oct. 22, Polish law permitted abortion only in cases of rape or incest, a risk to the mother’s life, or fetal abnormality.

Following the publication of the ruling on Jan. 27, abortion will continue to remain legal in cases of rape or incest and risk to the mother’s life.

In their letter dated Feb. 22, the bishops said: “From a legal perspective we wish to underline that neither European Union legislation nor the European Convention on Human Rights provide for a right to abortion. This matter is left up to the legal systems of the member states.”

The letter was addressed to David Maria Sassoli, president of the European Parliament, and signed by members of the standing committee of the Commission of the Bishops’ Conferences of the European Union (COMECE).

The letter followed criticism of the resolution by Archbishop Stanisław Gądecki, president of Poland’s bishops’ conference.

In a Dec. 2 statement, Gądecki said that there could be no compromise on the right to life.

The EU bishops underlined the Catholic Church’s support for women facing difficult pregnancies as well as for the protection of unborn life.

They suggested that the resolution downplayed “a fundamental principle of European Union” known as the “principle of conferral,” which confines the EU to acting within limits agreed by member states.

They said that the resolution also appeared to question the right to conscientious objection.

“This is particularly worrying considering that in the healthcare sector conscientious objectors are in many cases subject to discrimination. In our view, such unjust stigmatization should not be promoted,” they said.

They added: “In regard to the right to conscientious objection, the European Union Charter entails the need to respect national constitutional traditions and the development of national legislation on the issue.”

The bishops also expressed concern that the principle of “non-discrimination,” highlighted in the resolution, could be used to “stretch or blur the limits” of the EU’s authority over member states.

COMECE, founded in 1980, consists of bishops delegated by the bishops’ conferences of the 27 member states of the European Union. The letter was signed by COMECE’s president Cardinal Jean-Claude Hollerich of Luxembourg; Bishop Mariano Crociata of Latina, Italy; Bishop Franz Josef Overbeck of Essen, Germany; Bishop Noel Treanor of Down and Connor, Northern Ireland; and Bishop Jan Vokal of Hradec Králové, Czech Republic.

In the letter, the bishops alluded to mass protests in Poland in the wake of the Constitutional Tribunal’s ruling. Demonstrators disrupted Masses while holding signs supporting abortion, left graffiti on Church property, vandalized statues of St. John Paul II, and chanted slogans at clergy.

The bishops said: “We also noted with sadness that no condemnation or solidarity was expressed in the text with regard to the unacceptable attacks on churches and places of worship in the context of protests related to this law in Poland.”

10 Patron Saints of Marriage and M...