Evelyn Waugh in the Light of Eternity 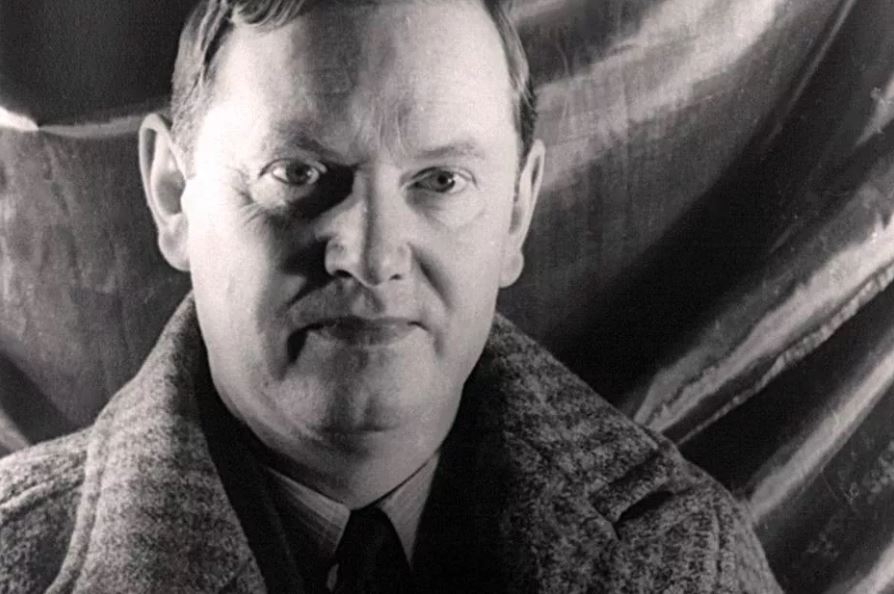 Evelyn Waugh in the Light of Eternity

“Ruthless boredom” — that was the recurrent temptation Waugh faced. And in the end he rejected it, resolutely and forever.

“And so, finally,” asked the interviewer, “how when you die would you like to be remembered?” His answer, as a fierce believer in the Catholic Thing, was perfectly pious and to the point: “I should like people in their charity to pray for my soul as a sinner.”

It was perhaps the last question ever put to Evelyn Waugh. Whose death, when it came — on Easter Sunday, April 10, 1966, soon after returning home from morning Mass, celebrated by his great friend, Jesuit Father Philip Caraman, in the liturgical language he loved best, i.e., Latin — could scarcely have been happier. So felicitous an end, in fact, that one might almost imagine it had all been divinely arranged.

Most certainly it was an answer to prayer. In a letter written shortly after his death by his wife Laura to Lady Diana Cooper, who had been among her husband’s oldest and dearest friends, she admits that “he had been praying for death for a long time and it could not have happened more beautifully or happily for him.” Seeing it as one of God’s little mercies, she thanks God for it, asking only that she “please say a prayer for him and for me.”

Meanwhile, in a separate letter to Lady Diana, Waugh’s daughter Margaret describes it all as “a kind of wonderful miracle. You know how he longed to die and dying as he did on Easter Sunday, when all the liturgy is about death and resurrection … would be exactly as he wanted. I am sure he had prayed for death at Mass. I am very, very happy for him.”

Still, for all that Waugh made a good end, or that it signified a special favor bestowed by God for all the good he had done, the pressing need for prayer does not go away. It is one of those axioms of the Christian life, in the absence of which hope falls away. For what else is prayer but the language of hope? Isn’t that why Jesus invented the Our Father, to enable us to ask God for things that we most need? Like not being drawn into temptation, but to be delivered from every evil, including that evil no greater than which can be imagined — the eternal loss of heaven. What else have we got besides prayer if we wish for a happy death, followed by the salvation we’ve been promised by a loving God?

Nor is there any statute of limitations concerning the obligation to remembering before God those who have gone before us. A point once vividly driven home to me by a dear priest-friend who, knowing how much I admired Waugh, assigned as a penance a number of prayers for the repose of his soul.

Father Caraman, incidentally, gave special emphasis to the point when, concluding his eulogy at Westminster Cathedral, he urged everyone not to forget those suffrages for the dead which so distinguish Catholic devotional practice from those who mistakenly believe “once saved, always saved.”

“I should be doing him the greatest disservice,” he insisted, “if I did not beg you all here to pray for him now.” And not only those counted among his friends, he added, saddened by his passing, “but all who would make some return for the pleasure they have derived from his pen.”

We owe it to Waugh, in other words, to discharge a debt for so much joy and delight derived from having read him. In my own case, certainly, no writer has given greater or more sustained pleasure than he has. Shall I count the ways? Another time perhaps. But for now I want to put in a word or two about Waugh the sinner. Not out of any sort of prurient interest in the sins he committed, mind you; that would amount to a fixation neither wise nor healthy. We mustn’t be like Lord Byron who, by his own admission, became a close reader of St. Augustine’s Confessions because in doing so he would acquire the knowledge of so many new sins.

It is rather the temptation to commit sin that interests me. Especially that most modern of sins we call acedia,or sloth, second cousin to the most deadly sin of all, namely, the sin of despair. Here, as Kierkegaard reminds us in Sickness Unto Death, we see the peculiar quality of modern despair, which is that those in its grip are more or less unaware of being in despair. How we moderns have cleverly managed to domesticate our despairs! And Waugh, poor man, was bedeviled by its perverse attractions. As his friend and co-religionist Douglas Woodruff once noted: “He was constantly suffering from ennui,” which is the French equivalent of the disorder, and that it “ought to be recognized as a major affliction more wearing and painful than most physical disabilities.”

Call it a weariness with life, or just plain boredom. In Work Suspended, Waugh’s only unfinished novel, the narrator of the story says of another character that he was “still smarting with the ruthless boredom of my last two or three meetings with him.” Ruthless boredom. Now there’s a combination of words which only a serious sufferer of the malaise could put together.

However, we need to be very precise about the provenance of such ailments as boredom, sloth or ennui,because it is deeply and inescapably theological. Sloth, for example, is among the Seven Deadly Sins, sometimes called Capital Sins, because they have the capacity to beget still other sins. Just as, for example, anger can lead to acts of brutishness and murder, so too can sloth lead to despair and suicide. It is the sin against the Holy Spirit, the taxonomists of sin tell us, which cannot be forgiven so long as one remains in that forlorn state. Not until, that is, one is actually moved to ask God for forgiveness can one overcome its particular malice.

Aquinas had the sense of it when he defined it as — tristitia de bono spirituali, or sadness in the face of spiritual good. His argument, of course, is that we have all been made for God, in whose company alone will we find joy. So that in refusing the offer, disdaining the company of God, who summons us to share his life, to bask forever in this great sea of divine joy, we subvert the whole reason for our existence. Allowing ourselves to be thus caught in the coils of sloth, amounts to our telling God that his offer of salvation, is simply not worth the candle. As if, wallowing in self-pity, lost in a sort of sullen persisting snit, we actually preferred a destiny less than divine, an eternity without God. The whole thing leaves us cold and indifferent.

That was the recurrent temptation Waugh faced. And that in the end he rejected it, resolutely and forever, is the real story of his life, dwarfing everything else, including all those wonderful novels and stories which have brought such pleasure to so many.

The Great Power of Silence: 3 Beau...