‘Everybody needs a little Jesus’: How a Catholic repair man brings his faith into his work 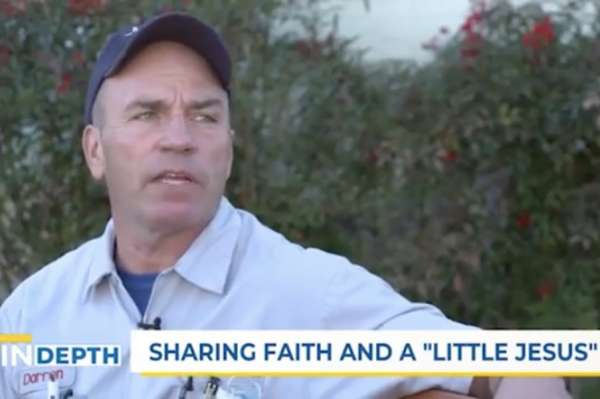 ‘Everybody needs a little Jesus’: How a Catholic repair man brings his faith into his work

In an interview with EWTN News In Depth that aired on March 10, Stern talked about how he provides customers with a small “wind-up Jesus” figure to keep near their air conditioner.

“Well, a lot of times I’m like, if you want this air conditioner to keep running keep this little Jesus by it because I think it’s the only thing that’s going to make it work,” Stern said. When customers ask him if their unit’s problem is “that bad,” he says he replies “it’s that bad!”

“Everybody needs a little Jesus in their life,” Stern said.

Stern says his faith carried him through his sufferings from chronic anxiety, which he says he struggled with for nearly 20 years.

“I was like a perfectionist, and I didn’t want to let people down,” Stern told EWTN News In Depth. His worry and stress affected him so much that he couldn’t eat.

“When you have nothing, then Jesus is all you have, and I was down at the end,” he said.

After years of prayer, Stern said he learned to abandon himself to God. “Just talk to Him and just listen,” he said of his prayer to Jesus.

“I surrendered. I said to myself, ‘let Jesus take all the bad stuff,’” he said.

“I started embracing all that energy that just had stored up inside me, stopped worrying so much about what other people thought and about all the problems,” he said. “Just go out and do the best you can, and that’s what I kept focusing on.”

And Stern’s faith gave him hope as well. “You know I still wake up with anxiety, everybody does. You’re gonna have that, but now it’s different.”

“You know Jesus is right there, what can go wrong?”