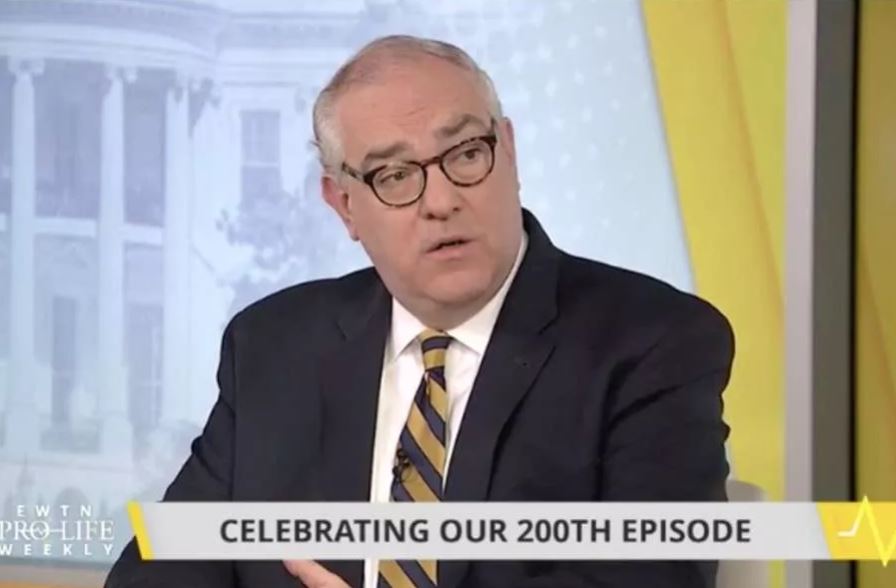 Citing EWTN foundress Mother Angelica as inspiration for the pro-life movement today, Warsaw said to remember that “all is not lost” and “this is not a time to be down.”

WASHINGTON — A Catholic president pushing pro-abortion policies should be seen as both a challenge and as an opportunity for the pro-life movement and the Church, pro-life leaders said.

In an interview airing on Thursday, the 200th episode of EWTN Pro-Life Weekly, Michael Warsaw, EWTN board chairman and CEO, said that President Joe Biden’s support for taxpayer-funded abortion “is very confusing for Catholics.”

“His positions, on the life issue especially, just simply are not in line with Catholic teaching,” Warsaw said, noting that Biden and his staffers have talked about “how devout a Catholic he is.”

Warsaw called the political moment a challenge, but also a “great opportunity.” EWTN, he said, can be a clear voice for communicating Catholic teaching in its entirety and on the issue of life.

“I think it’s for us to re-double our efforts and our mission to be very clear—and to make very clear to all who listen—what the Church’s teaching is, and that life is the preeminent issue,” Warsaw said. “I don’t think we can say that often enough.”

In addition, Biden has supported taxpayer-funded elective abortions by opposing the Hyde Amendment. The White House has reaffirmed his position in recent weeks, and on Tuesday would not guarantee that a proposed massive COVID relief bill would not include funding of abortions.

The U.S. bishops’ conference (USCCB) has stated that abortion is a “preeminent” issue, because of the high number of abortions and their effect on families. Archbishop Jose Gomez, president of the USCCB, noted Biden’s support for abortion as contradicting the teachings of the Church, in his Jan. 20 statement for Biden’s inauguration.

Clarity on the “preeminence” of the life issue, Warsaw said, is “what is missing, in certainly this administration, and in certain quarters of the Church where there seems to be a tendency to want to try to go along to get along.”

Marjorie Dannenfelser, president of the pro-life Susan B. Anthony List, said that the pro-life movement “shouldn’t be distracted with all the disappointments of late.”

“Our greatest strength is in what we’ve already accomplished in the last six years, and that is through the Supreme Court, over 230 new judges across the federal court system, and all of the massive number of pro-life pieces of legislation coming up from real people in real states that want their voices and their opinions expressed in the law,” she said.

The late Mother Angelica, foundress of EWTN, “was very clear” in support of the life issue, Warsaw said.

“I think because of her own personal sufferings and the depth of that suffering, and all the things that she went through in her life—physical sufferings, emotional sufferings, all of these things—yet she was able to do these remarkable things through God’s providence,” Warsaw said.

He cited Mother Angelica as inspiration for the pro-life movement today, to remember that “all is not lost” and “this is not a time to be down.”

“It’s a time to push forward. It’s a time to be even more vocal, and even stronger and more strident in our fight for life,” Warsaw said.

Catholics in the Crosshairs of Big...