Fact Versus Fiction — the Indoctrination of Relativism 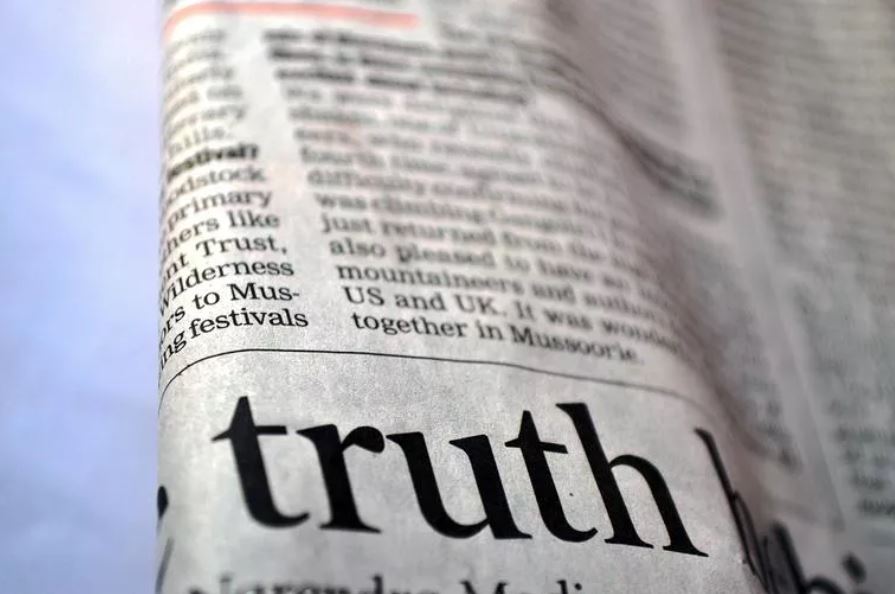 Fact Versus Fiction — the Indoctrination of Relativism

The fact-versus-opinion dichotomy is one of the most detrimental ideas and habits of thought to the human mind.

Growing up, I was given worksheets with a list of statements, and the assignment was to correctly label each statement as a fact or opinion. For example, the statement “Chocolate is the best flavor of ice cream” required the opinion label, while “Water freezes at zero degrees Celsius” is most definitely a fact. My students tell me that this instruction continues, and I have found that “the ability to differentiate between fact and opinion statements” is still in the curriculum.

There is another place this course of instruction happens: prison camps. Why? It is a thought stopper — once a statement has been identified as mere “opinion,” then there is no more discussion about whether or not it is true.

So, what does opinion mean when used in this way? Roughly, an opinion is a statement that is not really true or false; it is just what someone thinks and what someone has the right to think because they can believe what they want.

The mental state resulting from this culturally-approved course of study is one that neatly categorizes some statements as true while others can be placed into the realm of neither-true-nor-false. For a culture of relativistic thinking, the fact versus opinion dichotomy seems to be the perfect picture of tolerance and open-mindedness. Nobody is right or wrong; we can think what we want and all get along. In reality, it is the epitome of closed-mindedness because it closes the mind to its natural function — thought, and in particular thoughts about life’s most important questions.

The category of “fact” most often encompasses scientific statements, while statements about preferences, morality, religion, aesthetics and philosophy are tossed carelessly into the intellectual waste receptacle of “opinion.” Statements about the existence of God, the essential nature of the human person, truth, justice, goodness and beauty are followed up effortlessly by, “That’s a matter of opinion,” or the equivalent, “It depends on the individual.” And that’s the end of it. The subjects that require the most thought because of their importance and difficulty are given no thought.

In my philosophical conversations with students, the opinion card is played as a trump so often that I would be a millionaire if I had a peanut for every time I heard it.

I was surprised, when I began to study philosophy, that philosophers classed opinion as a level of knowledge. In particular, an opinion is a weak form of knowledge, an idea that someone believes to be true, but doesn’t necessarily have the evidence to prove it or argue well for it. It is a statement that someone thinks, but doesn’t really know. For example, that the flu is transmitted by a virus is an opinion for most people because they have heard about it only from a handful of sources and haven’t studied it for themselves. For a doctor, that statement is knowledge because he has studied it and can argue for its truth from experience, evidence and data. So, while a statement may be a fact (I.e. true), it can be an opinion for one person and knowledge for another. The true dichotomy is between opinion and knowledge, and the distinction is made based on the level of certainty the individual is entitled to.

Ultimately, every statement is true or false, fact or fiction. If a statement corresponds with reality, then it is true. If not, then it is false.

What about the statement cited earlier, that I would have dutifully labeled “opinion” as a younger person, regarding chocolate ice cream? Can chocolate ice cream really be the best? Well, what does the statement mean? That it is the favorite ice cream of the person who said it? Then that is either true or false. Either the speaker’s favorite flavor of ice cream is chocolate or it is not. “Chocolate is the best flavor of ice cream” is a vague statement, but that doesn’t make it neither true nor false — it just means that it needs clarification. Once the meaning is clear, then it can be decided if it is true or false, regardless of whether it is opinion or knowledge relative to the speaker.

The fact-versus-opinion dichotomy is one of the most detrimental ideas and habits of thought to the human mind. “The unexamined thought is not worth thinking,” said Mortimer Adler, and the label “opinion” stops the examination process and renders ideas irrelevant and ultimately meaningless. The human mind was made for Truth, but this false dichotomy brainwashes us into dismissing such notions as truth, especially when it comes to the highest truths worth pursuing. It is a fact that the fact-versus-opinion dichotomy is false and harmful, and I know this fact to be true.

Why Lebanon Is So Important to the...