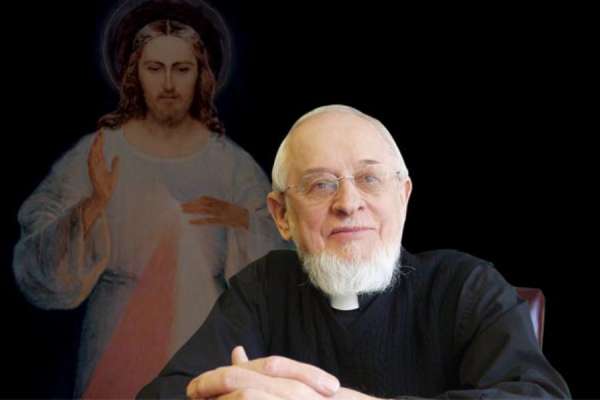 Springfield, Mass., Feb 13, 2021 / 09:01 am (CNA).- Father Seraphim Michalenko, MIC, a widely recognized expert on the life and spirituality of St. Faustina Kowalska and the message of Divine Mercy, died Thursday in Massachusetts after contracting COVID-19. He was 90.

“The Lord, in His mercy and love, was faithful to Fr. Seraphim and graciously helped him at every stage of his work in the promotion of the Divine Mercy message and devotion,” the Marians of the Immaculate Conception wrote in a Feb. 12 announcement.

“Father Seraphim always relied on the unfathomable mercy and kindness of our Lord, in whom he trusted completely. And he was never disappointed.”

His home parish was, according to the MIC, the first in the western hemisphere to have a Divine Mercy Image enshrined within it, and Michalenko recalled first hearing about Divine Mercy when he was 13 or 14.

The Divine Mercy image originated in Poland, after Christ appeared to Sr. Faustina Kowalska. Christ asked her to become an apostle and secretary of his mercy, by writing down his messages of Divine Mercy for the world in her diary.

Christ also asked Sr. Faustina to have an image painted of his Divine Mercy, with red and white rays issuing from his heart, and to spread devotion to the Divine Mercy novena.

After serving at several pastoral assignments, Michalenko in the 1970s helped to found the Bethany House of Intercession for Bishops, Priests, and Deacons, a spiritual renewal movement for Catholic clergy.

In 1979, Michalenko’s order called him to head the Divine Mercy Department at their Stockbridge, Mass. headquarters. There he wrote several articles, pamphlets, and books dealing with the Divine Mercy message and devotion.

In October 1995, Michalenko was assigned to full-time promotion of the Divine Mercy message and devotion, participating in Divine Mercy retreats, conferences, and symposia primarily through the Marian Fathers John Paul II Institute of Divine Mercy.

Michalenko served for over 20 years, beginning in 1979, as vice-postulator for North America in the canonization cause of Sr. Faustina, making “a significant contribution” to her canonization by St. John Paul II in 2000.

St. John Paul II had a strong devotion to the Divine Mercy, and designated the Sunday after Easter as Divine Mercy Sunday.

Among his work as vice-postulator, Michalenko smuggled Sr. Faustina’s diary out of Poland— Poland was at that time still under communist rule— and translated it into English. He also witnessed firsthand the two miracles attributed to Sr. Faustina’s intercession, documenting them to aid in her canonization cause.

Michalenko also worked closely with Mother Angelica to spread the message and devotion of Divine Mercy through EWTN. He also assisted in the growth of several other apostolates dedicated to spreading the Divine Mercy message.

He was rector of the Divine Mercy Shrine in Stockbridge.