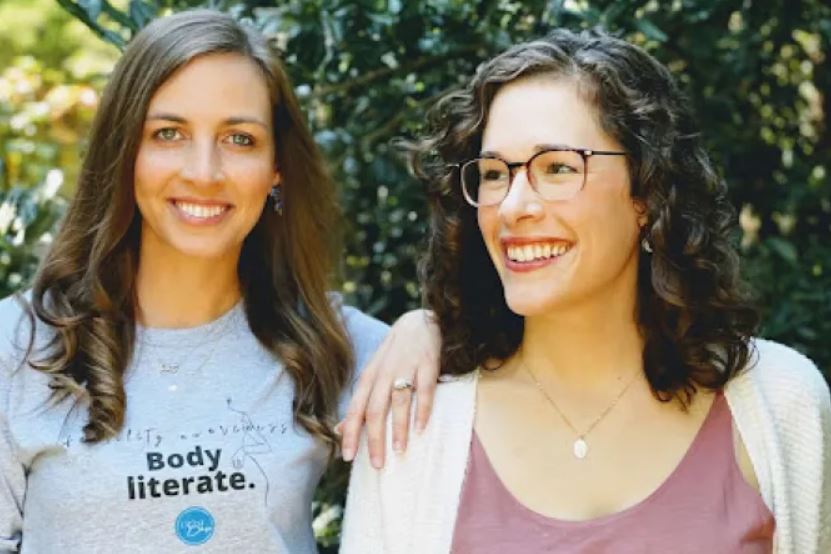 The founder of a new nonprofit dedicated to fertility awareness wants women to ask questions.

“I just want to encourage women to be curious,” Emily Frase, founder of FAbM Base (pronounced “fam base”), told CNA. “Don’t be afraid, get curious, and see what happens.”

Frase, along with FAbM executive director Mary Bruno, celebrated the website launch for their nonprofit on Oct. 15. The two have much in common: Both are Louisiana natives, devout Catholics, and mothers; both write about fertility awareness, and they practice fertility awareness-based methods. However, they also have their differences.

“That’s really been a strength for us,” Bruno stressed. While Bruno, who adopted her daughter, Bella, with her husband Chris, suffers from infertility, Frase had two surprise babies before her third wedding anniversary.

FAbM Base, short for “fertility awareness-based methods,” provides fertility care resources and support for women and couples. Among those resources, the site educates users on various methods and provides a database of instructors. For Catholic users, it offers a “Catholic Corner” with resources on Church teaching about sexuality.

The corner includes documents such as Pope St. Paul VI’s encyclical Humanae Vitae, which emphasizes the beauty of human sexuality and warns against the dangers of contraception.

Fertility awareness-based methods can be used to adhere to this teaching, allowing couples to plan their families by charting phases of a woman’s cycle.

Different methods do this in different ways, but they all use one, or more, of five scientific biomarkers that women can track, Frase said. These are: basal body temperature, cervical mucus, cervical position, vaginal sensation, and hormone levels.

In other words, she said, it’s not the rhythm method that her grandmother once used.

“Modern methods of fertility awareness are tracking your fertility signs in real-time,” Frase explained. These methods provide an alternative to birth control, a “cookie-cutter for all women,” by focusing on the “uniqueness of each individual woman,” she said.

“The fruit of fertility awareness practice includes but is also beyond family planning,” she said. “It is the recognition of the intimate integration of the whole person, mind, body and soul.”

“Fertility awareness teaches us that healthy women have healthy cycles, and that if a woman experiences debilitating pain, heavy bleeding, irregularity, PMS, mental or hormonal disorders, weight fluctuations, or infertility, there is an underlying issue that needs to be treated,” Frase told CNA. “It teaches us that ovulation is the main event of the menstrual cycle, that the hormones involved have key health benefits, and that the purpose of ovulation is to make a baby, so women develop a deep respect for the design and purpose of their fertility.”

Not just for Catholics

FabM, Frase pointed out, is different from “FAM,” or “fertility awareness methods.”

“Using ‘FABM’ as opposed to ‘FAM’ or ‘NFP’ was our way of making our values clear (we are Catholic) but without being overtly Catholic because of our strong commitment to making this information accessible to every woman no matter her faith,” she added.

Frase and Bruno speak from firsthand experience. Bruno is a practitioner for Creighton — a mucus-only method — while Frase uses the Marquette method, a sympto-hormonal method which tracks hormones and other symptoms. The two joined forces after collaborating on a project about NFP, which they define as “fertility awareness plus discernment.”

“The response was so big, I was like, ‘This needs to go someplace,’” Frase recalled. She circled back to Bruno with a proposition: “Let’s brainstorm some ways that we can make this bigger.”

That idea turned into FAbM Base.

The website welcomes visitors with a splash of color and user-friendly tabs.

“Our bold color scheme was chosen very intentionally to match our bold mission and represent precisely who we are,” the site reads. “Orange and blue are complementary colors, which means they are opposite each other on the color wheel. This captures both the opposite fertility journeys and complementary personalities of the founders, Mary and Emily, and their passion for making fertility awareness accessible to all.”

“One of the biggest barriers to accessibility is just limited knowledge,” Bruno said. “That’s the lane we want to fill, is really helping women of all ages, single, not single, any faith background, just really educating them on the reality of what NFP really is.”

While they both identify as Catholic, Frase said that their organization is not limited to Catholics, “because we really do believe that this information is so helpful for women.”

She pointed to a “growing number of secular and non-Catholic Christian women who are so fed up with birth control.” In agreement, Bruno added, “They just have no idea that they have options.”

The most common complaints they hear about birth control include loss of libido and depression. Another problem that Frase identified, for women who take the pill for health reasons, is that it manages their symptoms rather than treats the problem.

In contrast, they said, fertility awareness and the tracking of biomarkers can help women and their doctors identify the underlying issue.

Frase and Bruno are also open about the challenges that come with practicing fertility awareness and NFP. For Frase, she recalled unsuccessfully avoiding pregnancy — twice.

“I was introduced in marriage prep, and the way that it was packaged and pitched was just, ‘Oh, it’s going to make your marriage amazing, it’s going to give you the best sex, the most sex,’” she said. “None of that played out in our marriage.”

Among other things, people told her that practicing NFP meant six or seven days of abstinence per month, at most. Instead, she and her husband were looking at two weeks.

“The way that I describe it is, we live in a post-resurrection world and so we like to focus on the resurrection and deny the crucifixion,” she said. “But you don’t get one without going through the first one.”

She used her struggle to help others, she said.

“Basically, I just started speaking very honestly about NFP practice and people were like, ‘Thank you so much for saying this,’” she recalled. “I started just seeing how that would free people, when they knew it was OK to struggle.”

Bruno agreed. “How much better will we set people up to choose something other than birth control long term by actually being honest with them.”

“For all my Creighton clients, there’s a slide that says that it’s easy to learn and easy to interpret,” she described. “I always stop, and I’m like, ‘OK. This is sort of true, but I want you to know there’s a learning curve. You’re going to mess up, this could get frustrating, you’re going to be forming a lot of new habits. So you can do this, but be patient with yourself.’”

While the effectiveness rates of avoiding pregnancy with fertility awareness and hormonal birth control are “comparable,” they also have major differences, Frase said.

“Typical use for fertility awareness is higher than typical use for hormonal birth control,” she said. “The difference is, it takes work and it takes discipline and it’s a lifestyle change.”

Today, both Bruno and Frase realize the health benefits of NFP and charting.

“It helped my doctors figure out hormone imbalances, helped me to time blood draws and hormonal supplementation, but also it gave my doctors indication about endometriosis and infection, some thyroid abnormalities,” Bruno said. “Then [it] ultimately connected me with restorative surgeries.”

For Frase, she said, “the reason that we stuck with it is because we needed to avoid pregnancy and we are faithful Catholics.” But, she added, “over time, I’ve been able to use it for the health component, as well.”

“I think that this is really one of the best tools of self-care,” she added, “because it really does have you clued in to, how do my hormones affect my mood and behavior and then what impact does that have on the people around me and then how can I use that information to make these little adjustments to clue in, to give myself a little grace and patience here and there.”

“It can feel isolating, and I think that’s probably one of the most scary things,” she said, especially if they don’t know anyone who practices it. But, Frase concluded, “there’s a ton of women just waiting to be like, ‘Hi, welcome, how can we help?’”

Things of This World and Those of...