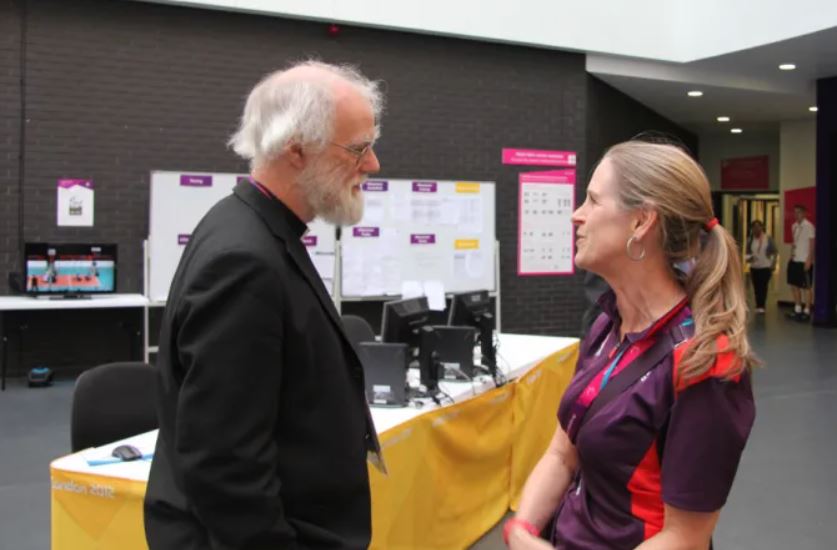 A prominent Anglican archbishop has added his voice to those of several Catholic bishops in England and Wales opposing the legalization of assisted suicide.

Lord Rowan Williams, former Archbishop of Canterbury and Archbishop of Wales, has expressed doubt that, under a proposed assisted suicide law, doctors would be delivering accurate prognoses to justify the prescription of lethal drugs to patients. He stated his concerns about the law in a statement published on the British Medical Journal website.

Williams said he fears that pressure on “overstrained families” and “overstretched medical systems,” combined with a lack of adequate palliative care, will lead to desperate people feeling as though they have no choice but to end their own lives.

“We should note that fear of such pressure within the medical system may discourage seriously ill patients from seeking appropriate medical help; the issues of doctor-patient trust involved are real,” Williams wrote.

Williams noted that ​​”those resisting legal change include religious believers and unbelievers alike, as well as a large proportion of those most directly involved in end-of-life care and palliative medicine – i.e those most immediately concerned with and responsible for the management of pain and distress.” Several U.K. doctors have also expressed concern that a terminal prognosis could be accurate enough to justify a lethal prescription.

A bill currently in the U.K. Parliament sponsored by Molly Meacher, Baroness Meacher, would permit physician-assisted suicide for terminally ill adults with fewer than six months to live. Lethal procedures would require the approval of two doctors and a high court judge.

The Assisted Dying Bill 2021 is set for its second reading in the House of Lords, with a full debate Oct. 22. It is the latest in a long line of attempts to legalize assisted suicide in England and Wales, and some pro-lifers believe that this bill poses the greatest challenge yet.

Williams was Archbishop of Canterbury from 2002-2012. His predecessor, George Carey, had asserted strong support for assisted suicide just days before.

“We welcome Lord Williams’ timely intervention and strong criticism of attempts to legalise assisted suicide and euthanasia, which evidence from around the world suggests would lead to widespread discrimination against the elderly and disabled people as safeguards are eroded or simply ignored,” said Dr. Gordon Macdonald, chief executive of Care Not Killing.

“We only have to look at the Netherlands and Belgium which introduced laws for terminally ill mentally competent adults or those suffering unbearable pain to see what can happen,” Macdonald said. He claimed that both countries now “regularly kill” people with disabilities, chronic conditions, and mental health problems, “and want to extend this further to those tired of life.”

Assisted suicide is presently illegal in England and Wales, and doctors who assist a suicide can be jailed up to 14 years under the Suicide Act 1961. In 2015 the British parliament rejected a bill that would have legalized assisted suicide for patients with a terminal diagnosis, by a vote of 330 to 118. Parliament has consistently rejected efforts to change the law.

Bishop John Sherrington, an auxiliary of Westminster and Lead Bishop for Life Issues at the Catholic Bishops’ Conference of England and Wales, noted in a Sept. 8 open letter that “Catholic teaching opposes assisting suicide, since life is a gift to be cared for and preserved until its natural death.”

“The Church is clear that we cannot directly choose to take the life of another, even if they request it,” he said. “The solidarity of praying and caring for the most vulnerable at this fragile time of their lives is a profoundly Christian act which imitates Our Lady’s prayer at the cross and Christ’s service to the weakest.”

“True compassion does not marginalise anyone, nor does it humiliate and exclude – much less considers the disappearance of a person as a good thing,” he said, quoting Pope Francis.

“Whilst there are clear arguments to support Catholic teachings, it is important to remember that this position is not only a matter of faith but also human reason,” the bishop wrote.

The bishops of the United Kingdom have on several occasions affirmed their support for high quality end-of-life care, which includes spiritual and pastoral support for the dying and their families.

Our Duty Of Care, a group of concerned medical professionals who oppose the legalization of assisted suicide, stated in a briefing to the British Medical Association this week that the alleged “right to die” translates in practical experience to a “duty to die,” as many patients feel pressured to end their lives to relieve their loved ones of the burden of their care.

“Assisted suicide and euthanasia have harmful consequences on patients and doctors. The two principles of dignity and autonomy are actively compromised by: Premature death due to compromised personal autonomy, particularly poor mental health; Premature death due to elder abuse or other forms of social pressure for monetary gain. Socio-psychological pressure of being a ‘burden,’” the briefing stated.

“For all these reasons, proposals to accept physician assisted suicide or physician-administered euthanasia should be rejected, and a realistic and authentically compassionate approach reaffirmed.”