France Takes a Stand Against Gender-Inclusive Writing in Schools 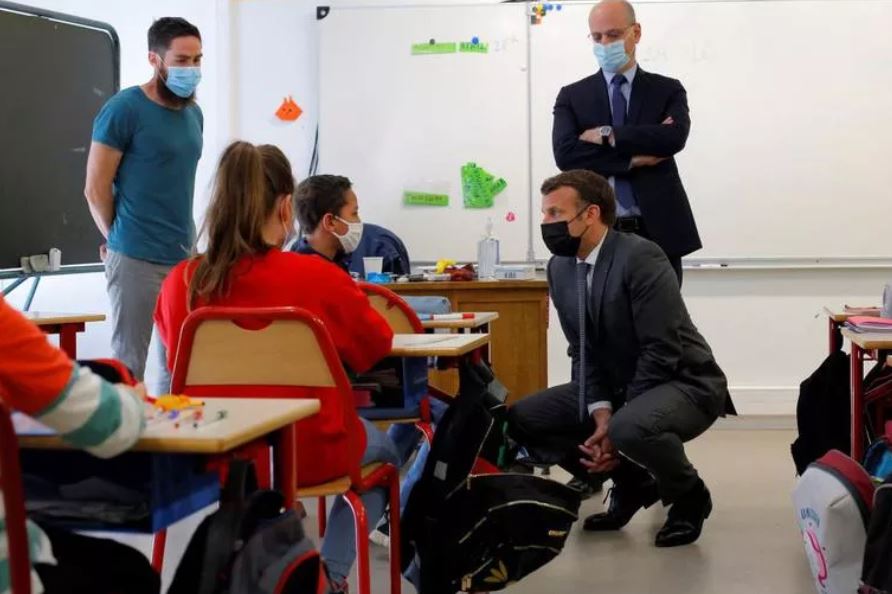 France Takes a Stand Against Gender-Inclusive Writing in Schools

The so-called ‘inclusive writing,’ which has been a bone of contention in the French political debate over the past years, is considered to be harmful to the learning process.

The French Minister of National Education, Jean-Michel Blanquer, recently called the public teaching staff to banish the use of the so-called ‘inclusive writing’ in schools and in his ministry, calling the practice “harmful to the practice and the intelligibility of the French language.”

In his May 6 circular published in the ministry’s official bulletin, Blanquer drew on an opinion delivered by the French Academy, adding that its proponents “violate the rhythms of language evolution according to a brutal, arbitrary and uncoordinated injunction.”

This epicene language — introduced in 2017 in a schoolbook by French publishing house Hatier and lauded by movements that favor gender ideology in society — consists in including the feminine in all linguistic contexts where, usually, the generic masculine prevails, especially in the plural. For instance, the masculine “tous” — “all of you/them” or “everyone” — traditionally refers to a whole group that could include both men and women. The feminine “toutes” is used only when one speaks to women exclusively.

The supporters of this language recommend mentioning both the feminine and the masculine in a sentence when the percipients are both men and women. Thus, “all of you” (tous) becomes in French “toutes et (and) tous.” “Those” (ceux) becomes “celles (feminine) et ceux (masculine).”

In the same way, ‘inclusive writing’ promotes the feminization of words related to roles and professions that are, most of the time, all masculine (ambassadeur/ambassadrice, rapporteur/rapporteuse, sapeur-pompier/sapeuse-pompière), as well as the use of neutral words or the systematic mention of the feminine through middle dots that split words. For example, according to such a rule, “chers lecteurs” (dear readers) must become “cher·e·s lecteur·rice·s”; “les auteurs” (the writers) will become “les auteur·e·s”; and “les clients” (the clients) becomes “les client·e·s”.

For Blanquer, a member of the progressive party La République en Marche (LREM), “the complexity and instability” of this gender-inclusive writing “are barriers to both language and reading acquisition,” as he wrote in the circular. “These artificial pitfalls are all the more inappropriate when they impede the efforts of students with learning disabilities who are welcomed into the public service of the inclusive school,” he added, claiming that the French language is “a precious treasure that we are dedicated to sharing with all our students, in its beauty and fluency, without quarrels and instrumentalization.”

The minister nevertheless prescribed the feminization of roles and professions when they are held by women. But this concession was not sufficient to temper the reactions of the supporters of ‘inclusive writing’.

Following the publication of the government’s circular, indeed, leading teacher union Sud Education called teaching staffs across France to ignore “these instructions from another time and to exercise the full use of their pedagogical freedom, as they wish, according to the professional situations.”

This political and ideological struggle around language has been raging for years in the country and goes beyond the educational field as well as the traditional political debates, since progressive leaders themselves remain divided on this topic.

Last February, after deputies from the political party Europe Ecology-The Greens started using it in their official correspondence, a draft law aimed at forbidding the use of inclusive writing in administrative documents was introduced at the Parliament both by members of progressive party LREM and conservative party The Republicans (LR).

On March 23, a deputy from LR introduced another bill specifically aimed at penalizing the use of middle dots in public administrations and services.

The parliamentary debates around these bills should resume in September 2021, and promise to be heated. Meanwhile, many politicians and opinion leaders in favor of the language change continue to use it in their official communication.

These debates are reminiscent of those that surrounded the feminization of trade names, decided by the socialist government in 1986, and that was eventually almost never applied in public administrations and schools, until recent years.
Share With:
Previous Article