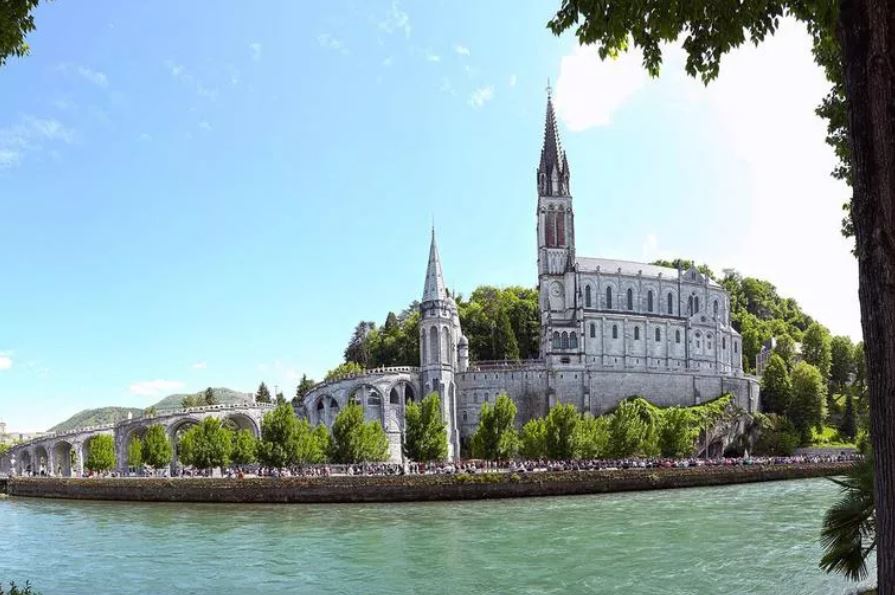 In 2018, on the 160th anniversary of the apparition, Sister Bernadette’s healing was declared the 70th official miracle effected at Lourdes.

When Franciscan Oblate Sister of the Sacred Heart Bernadette Moriau made the roundtrip journey for her 2008 Lourdes pilgrimage, she was transported from her French convent in an “ambulance” train car designated for the sick visiting the Marian shrine where the Blessed Virgin appeared in 1858.

Nights on the train were spent in agony, getting little rest as she lay on a narrow upper bunk. For 42 years, a painful degenerative disease of the spine had slowly taken control of Sister Bernadette’s body. And by 2008, the woman who had dreamed of bringing God’s love to the needy and trained as a nurse had been reduced to a state of powerlessness by an illness that left her dependent on others.

Mincing no words in her newly-released memoir, My Life is a Miracle, which traces the astonishing events that brought her case to the world’s attention as the 70th miracle effected at Lourdes, she describes her left foot as almost completely twisted in a “backward position.” And her “back, spine, and pelvis were like jelly,” supported by a “rigid cervical-lumbar corset.” Day and night her body ached, even as electric shocks rippled through her legs.

A steady supply of morphine made “the burning of these invisible thorns” just bearable, but impaired her cognitive functioning. And a “spinal neurostimulator had been implanted under the skis to ease the excruciating pain.”

More than once, the harrowing daily struggle had brought her to the brink of despair, but she had long since made her peace with her condition. At Lourdes, she did not pray for her own recovery, but her spirits were fortified as she took part in the daily processions and bathed in the waters of the grotto. There where Mary and her Son preside, and space and time stand still, the values of the world are held at bay and the radiant dignity of each person created in God’s image is made manifest.

So as Sister Bernadette made the agonizing return trip, she channeled what energy she possessed into petitions for the healing of her fellow pilgrims. And as the creaking ambulance train was sidelined to allow high-speed trains to move more quickly to their destination, she was briefly reminded that she had left the grotto behind. “They shoot past without giving us a look,” she thought of the speeding trains rushing by the ambulance cars. “That’s life.”

But life, as she knew it, would soon change radically. Within days of her return from Lourdes, Sister Bernadette experienced a sudden cessation of pain and a complete healed of her body, or — as she calls it — a “re-creation.” Her twisted foot had been straightened, and her back was strong. She cast off her corset and walked freely.

The degenerative disease that had defined her life for four decades had been rendered powerless through a miracle.

Weeping tears of joy, she rushed to share the news with the other sisters, who joined her in prayers of gratitude for God’s gratuitous love and mercy.

The flood of joy, she explains, “had nothing to do with a feeling of victory. For, though I had battled this disease, the healing had been granted by pure grace.”

On Feb. 11, 2018, the date marking the 160th anniversary of the apparition, Sister Bernadette’s healing was declared the 70th official miracle effected at Lourdes.

The extraordinary healing, the years of pain and struggle that preceded it, and the decade-long medical and ecclesiastical investigations that followed are the subject of her story, told by a woman of faith who has long pondered the problem of suffering as well as the mystery of her recovery.

“To embrace total thanksgiving is not to be dismissive of those who have not received the same grace, or forgetful of the suffering and misery of others,” she writes.

“I survived a forty-two-year struggle. But that was a sign from God, a visible sign of his love for all of us.”

Her story thus serves as an invitation for her audience to draw close to the beating heart of the Savior who makes all things new. Likewise, she offers a window into a lonely and hidden place: the daily battles of those burdened by chronic illness and disabilities and who subsist on hope alone.

She has not forgotten what it is like to be consumed with agony, to visit a pain clinic for relief only to receive confirmation that one’s condition has worsened. And though she is a spirited woman, she conveys the sting of feeling invisible in culture that moves too quickly and is too impatient to accompany the weak and the infirm.

The book also traces the Lourdes Office of Medical Assessments’ confidential and thorough investigation of Sister Bernadette’s case, with her own doctor and other medical specialists testifying to the inexplicable and permanent nature of her recovery.

As she acknowledges with characteristically blunt humor, the medical community was asked to engage in an “odd kind of diagnosis” — not to effect a cure, but to “prove why they had nothing to do” with her healing.

The extensive inquiry was shrouded in secrecy until the miracle was formally confirmed by Church authorities, after a period of discernment, and publicly announced in 2018.

Since then, Sister Bernadette has become something of a celebrity, even for France’s mostly secularized media. She has offered her testimony for reporters and youth groups. And though the public has latched onto the extraordinary nature of the miracle itself, and the scientific process of verification, Sister Bernadette has sought to fulfill what she understands to be the Lord’s purpose in bringing her into the spotlight.

The story “within my story,” she writes, is that “faith, hope, and charity are the core that had always been burning in my former life, that fuels my present life, and will, I hope, assure my future life and my eternal life in heaven.”

The language of faith shocks most of her French countrymen, and the author reminds her audience that she had already warned them of her supposedly outdated Christian beliefs and values.

But to those who suffer, to those struggling to keep the flame of hope alive, to those consumed with self-hatred or doubts about the meaning of life itself, she is the Lord’s emissary.

The healing that changed her life, she says, is a “sign of the mad love of the Creator for his creation.”

This God is not “vengeful or manipulative.” The loving Father who re-created her seeks to wash each of us in his ocean of mercy. He is “restorative … loving, begging, assisting, humble in his grandeur, powerful in his love, and above all faithful.”
Share With:
Previous Article

Relic of Venezuela's 'do... 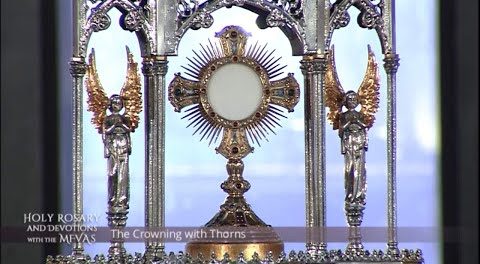