From child soldier to Catholic priest: Father Mbikoyo lives to give hope to the hopeless 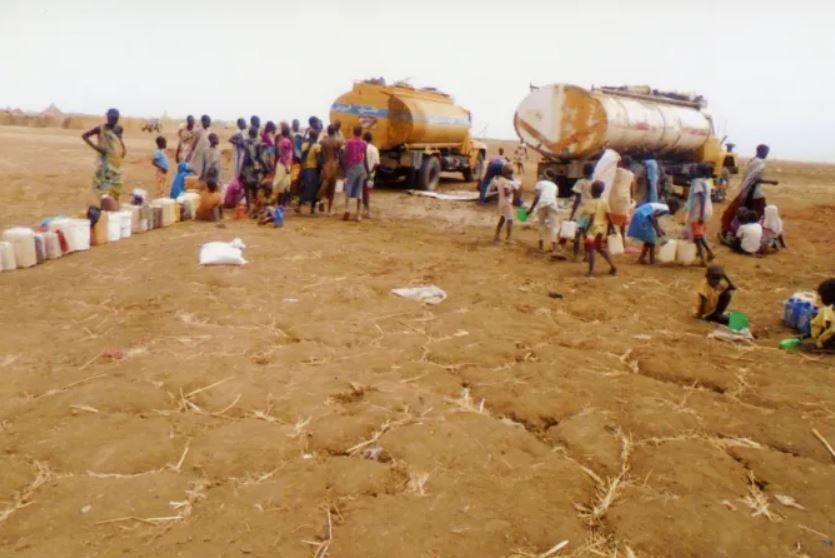 From child soldier to Catholic priest: Father Mbikoyo lives to give hope to the hopeless

South Sudanese refugees queue to receive water at a refugee camp near Kosti, Sudan, June 2017. / Aid to the Church in Need.

A Catholic priest is returning to the land where he was once abducted to “give hope to those who have lost hope.”

For the past seven years Fr. Charles Mbikoyo has studied philosophy at the Pontifical Urban University in Rome, he told EWTN News In Depth July 9. But his story starts in what is now South Sudan, where he entered seminary at 12 years of age, in 1988.

His studies there were interrupted one year later, when rebels came knocking at the door in the middle of the night.

“There was a strong voice,” Fr. Mbikoyo remembered, ordering the seminarians to “come out.”

Aware of the threat posed by nearby rebel groups, the seminarians hesitated to open the door. But the men outside warned that “if you don’t open the door, they will just destroy us together with the building.”

They reluctantly walked outside where the rebels ordered them to gather their belongings and leave with them “for education.” Fr. Mbikoyo, along with 40 other boys and their rector, were captured.

“The first thing they said,” Fr. Mbikoyo recalled, was that “anybody who escapes will be shot dead.”

For the next three months, the boys underwent rigorous military training.

“We have to jump like frogs,” Fr. Mbikoyo said. “We have to learn to dodge bullets. How to shoot.”

“The doctrine was: ‘The gun is my father,’” he stressed. In other words, “it is for everything. Anything you want to get, just have this gun.”

According to Fr. Mbikoyo, he and his fellow seminarians “just gave up.”

But the seminary’s rector refused to be set free, and insisted on staying with the boys.

“The words of the rector used to give me hope,”  Fr. Mbikoyo said. “Used to make me understand that, yes, there is a God who can protect us.”

After months of captivity, he found a way to escape with four other boys. They survived a perilous journey that included crossing two rivers where deadly animals swam.

“When we escaped, we went to the town called Yei,” he said. He resumed his seminary training there until the rebels threatened him again.

“We continued for one month, but then we started hearing about the rebels coming to capture Yei,” he said. “We said, ‘no.’ If they find us again . . . they will either kill us or they take us back to the front line to fight.”

The Red Cross “picked us back home,” he said, and the seminary moved from Rimenze to Nzara to avoid the rebels. But they still found them and attacked again.

That’s when Fr. Mbikoyo left the country and relocated to the Central African Republic. After living there for three years, he traveled to Uganda to continue his education.

“I stayed for so many years without seeing my parents – around eight or nine years,” he estimated. “Because I was in exile. We were afraid that when we go back home, they can conscript us.”

He was eventually ordained in 2007, after the Second Sudanese Civil War ended.

“When I became a priest, I said, ‘This is a true vocation,’” he stressed. “Because, with all this suffering, maybe I would have gone away from the seminary thinking that this is not my call. Why should I have all this kind of suffering in my life?”

“I realized that no, that’s my vocation,” he concluded.

After finishing his studies in Rome, Fr. Mbikoyo is preparing to return to South Sudan.

“My country is troubled, and everybody is traumatized. So as a priest, when I go back, my role is – my mission is – to give hope to those who have lost hope,” he said.

Among other things, he hopes to use his experience for good, and to help rehabilitate other child soldiers.

“I will encourage them to embrace their faith and to also pursue the vocation each one wants to choose,” he said, whatever that might be.

Asia Bibi wants to be a voice for...