Fulton Sheen and the Specter of Communism Today 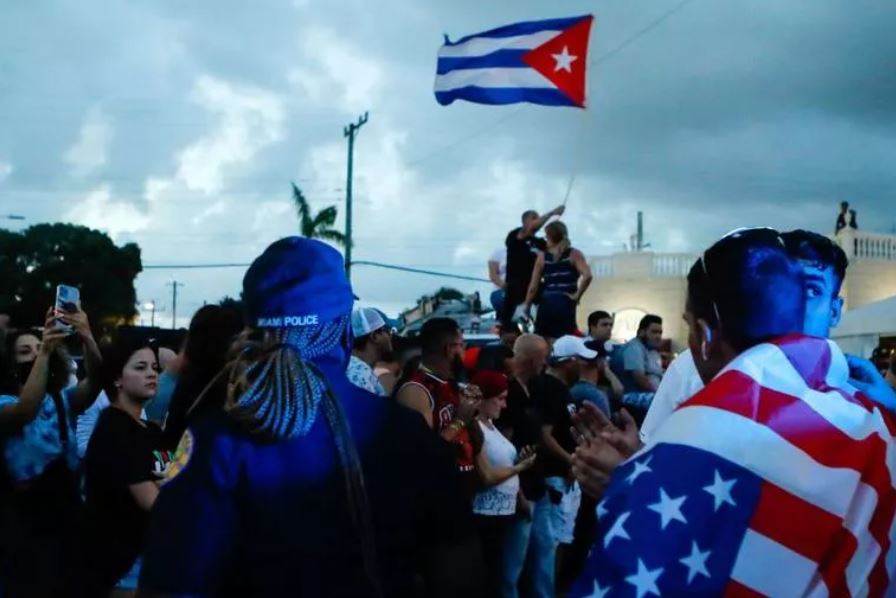 Fulton Sheen and the Specter of Communism Today

COMMENTARY: The abysmal failures of communism in Russia, North Korea, China, Cuba and wherever it was employed are not difficult to see.

In the turbulence and confusion that is going on in America these days, one idea seems to be gaining ascendency — communism. Should we exchange “We the people,” as written in the Preamble of the U.S. Constitution, for “we the masses”? Should we trade democracy for a totalitarian state? Should we extinguish God in favor of self-worship? How did things come to this point? The abysmal failures of communism in Russia, North Korea, China, Cuba and wherever it was employed are not difficult to see.

The United States is in need of a strong, clear voice that has the ring of authority. Nearly 100 years ago, Pope Pius XI told Bishop Fulton Sheen to study Marxism and communism and never to speak in public during his pontificate without exposing their fallacies. Obedient to the Pontiff, Bishop Sheen studied Marxism and did his eloquent best to lay bare its errors both in his talks and in his writings. And he did so with both clarity and passion.

For Bishop Sheen, the notion of welcoming communism as an innovative remedy for all social ills was puzzling.

“Why can’t the modern mind see there is nothing new in communism?” he asks. “It is a groan of despair, not the revolution, that starts a new age. It is the logical development of civilization which for the last 400 years has been forgetting God” (The New York Times, March 16, 1936).

After its record of failures, whatever attraction communism may have for the present world should be even more puzzling.

Stalin declared that at the end of his Five-Year-Plan of Atheism, the last church would be closed, the last priest would be executed, and one would not find a trace of religion anywhere. Belief in God would be punishable by death.

Before the Soviets seized power, there were approximately 46,000 Orthodox churches. By 1941, the number was reduced to 4,225. Ninety-seven percent of Orthodox monasteries were either closed or destroyed. Cultural elites and intellectuals were sent to the gulag or shot. This does not paint a pretty picture.

In 1938, Bishop Sheen told a rally in New York’s Carnegie Hall that Americans had been too tolerant of man’s inhumanity to man:

“We were silent before when 2,000,000 kulaks met death and 60,000 churches were closed by an atheistic government in Russia; we were silent before when 20,000 churches and chapels were desecrated, burned and pillaged and when 6,000 diocesan clergy were murdered in Spain. … Those who cannot pull God down from heaven are driving his creatures from the face of the earth.”

If there is no God, man cannot be created in his image and likeness. Rather, as the father of modern communism, Karl Marx insisted, man is without personal significance. He is relegated to a category.

Marx states in Das Kapital, “I speak of individuals insofar as they are personifications of economic categories and representatives of special classes of relations and interest.” In stating that “the individual, of and by himself, has no values unless he is a member of the revolutionary mass,” Marx was likening human society to an ant colony.

As Bishop Sheen wrote in his 1964 book The Church, Communism and Democracy, “to the Soviets, a person is very much like a grape who continues to exist only on condition that his individual, personal value is squeezed out of him so that he exists only in the wine of the state.”

Pope St. John Paul II’s criticisms of communism were less passionate, no doubt because, as a Pole born behind the Iron Curtain of the Soviet Union, he was writing in the shadows of Marxism, which still held dangerous sway over half of Europe during the first decade of his papacy.

In The Acting Person, he situated the authentic human being between the extremes of sheer individualism and absorption into the masses. He viewed the human being as a person who is a dynamic unity of individual uniqueness and communal responsibility. Bishop Sheen was more theological and focused on how communism was an enemy of the Catholic Church.

“The Church knows,” he wrote in 1941’s War and Guilt, “after 1,900 years’ experience that any institution which suits the spirit of the age will be a widow in the next one.”

Bishop Sheen saw the Church as a balance between two competing forces, the “reactionaries” who wanted to entrench and the “liberals” who wanted ill-advised change.

The Catholic Church is “a house built on the immutable rock with an abiding proprietor, Peter, [who] has a key that admits strangers. The reactionaries want the rock without the keys, the liberals want the keys without the rock; and we who believe in Christ, who gave both to Peter, want both,” he wrote.

How important is religion, which in a more general way strikes this balance between extremes, to America? We may consider the words of Alexis de Tocqueville in his classic work, Democracy in America. He looked for the key to the greatness and genius of America wherever it might be, in her fields, in her schools, in her institutions of learning, in her Constitution and in her Congress. But it was not there.

“Not until I went into the churches of America,” he writes, “did I understand the greatness and genius of America. America is great because America is good. If America ever ceases to be good, America will cease to be great.”

It is a sad spectacle to witness the current burning of churches, toppling of religious statues and denigration of the clergy.

America has the potential within itself to heal its present wounds. Her tradition is not something that should be trashed, as some people would like to see happen. In fact, it contains the wisdom needed for a reformation. Bishop Sheen’s words are still relevant, not only for society, but for the Church, as well. Communism would undo America. “In God we trust” remains a vital spark.

Catholic priest in Nigeria who esc...