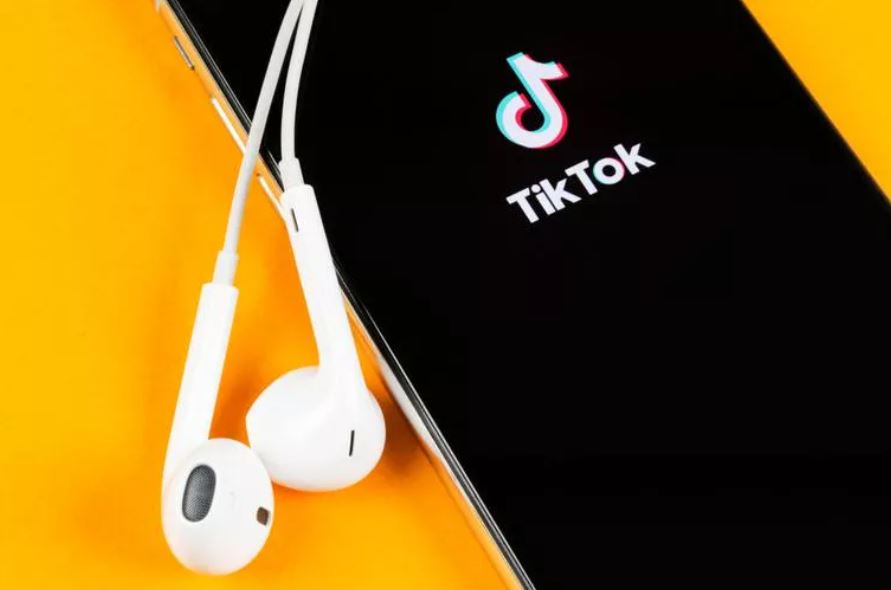 Youthful pro-life advocates are utilizing the social media platform — which is hugely popular with young people — to communicate their arguments to a surprisingly receptive audience.

The video-sharing app TikTok has also been a growing platform for political debate —  including on the hot-button topic of abortion.

TikTok’s pro-life hashtag features content with 987.9 million views and the pro-choice hashtag has content with more than 1 one billion views, as young people all over the world post videos with their own perspectives on both sides of the issue. The app is a hugely popular platform for young people and 60% of TikTok users are ages 16-24 and features dance trends, challenges and funny sketches in the up-to-60-second video clip format.

While The New York Times recently drew attention to abortion activists on TikTok who confronted pro-life sidewalk counselors with loud music and mockery, there are also many vocal pro-life activists on the app and inspiring pro-life videos that have drawn millions of views.

Five Christian young women, ages 15-21, are part of the pro-life culture on TikTok with their account @theprolifehive, which features pro-life videos with information, humor and personal stories.

Hannah Scheramic, a 21-year-old Catholic mom based in Ohio, told the Register that the account started from friendships formed within the pro-life community on Instagram and conversations where they realized they wanted to take pro-life content to TikTok. The account started in June and has more than 20,000 followers.

Scheramic had her own conversion to being pro-life after an unplanned pregnancy in her freshman year of college.

“I was in a horribly abusive relationship — like sexual, physical, emotional abuse,” she said.

A week after ending the relationship she discovered she was pregnant and “immediately scheduled an abortion.” At the time, she said, “I firmly believed that my life was going to be over if I got pregnant, that I would have to drop out of college.”

She ended up deciding to tell her mother, who is [TM1] Catholic, about the pregnancy and her mother’s response was “whatever you do, please just go to a pregnancy center first.”

“I went to the pregnancy center and they were the most kind, supportive people,” Scheramic said. “I didn’t feel any pressure from them.” She still planned on an abortion but returned to the center for an ultrasound where, she recalled, “the lady is looking for my daughter in my belly and I saw her and immediately I just started bursting into tears and I was like ‘That’s a baby, that’s literally a baby, that’s not a clump of cells’ or all the things I thought it was going to be. It completely shocked me.”

“I ended up keeping my daughter and she’s amazing and she changed my life in all the most incredible ways,” she said. “I didn’t drop out of school. My life wasn’t ruined and all those things that I really thought were going to happen, I had no idea they were going to be totally wrong, but also my life is going to be infinitely better because of her.”

Her career path also contributed to her conversion, Scheramic said. “I started studying embryonic and fetal development when training to be an ultrasound tech and found that biology and medicine affirmed the pro-life view.”

Scheramic’s advocacy on TikTok is part of her goal “to help other girls and women in that situation, who can’t see out of the immediate panic of finding out they’re pregnant unexpectedly, to see how amazing life can be with your child even in ways you don’t know.” She said kids “who are mostly around our age group of our account: 15-18, early 20s, they might get pregnant unexpectedly … they also might not even understand the humanity of life in the womb.”

Scheramic told part of her story in a TikTok that got more than 50,000 views in which she replied to the objection that rape victims don’t want to carry their rapist’s babies saying, “Hi, I am a rape victim who got pregnant. My daughter is sleeping upstairs. When you say all rape victims don’t want to carry their rapist’s child, you are erasing rape victims’ voices and when you do that you insult my child too. You’re saying that because of her father’s actions and the way she was conceived that she doesn’t deserve to live.” While some commenters on the video argued that abortion should be available to rape victims, several other commenters were inspired to tell their own stories with one saying “thank you for giving us our voice back … my son is sleeping in his room.”

The account will occasionally hold debates on TikTok with those with opposing views.

“We really like to engage with people and share our sources and share our arguments,” Scheramic said. The account also features a link to sources for pro-life arguments and registries for mothers who are in a crisis pregnancy and need assistance.

Popular videos on the account include one that features the TikTok song Steven Universe while prolifehive member Annalise gestures to information about pregnancy care centers and the free resources that they offer, with an encouraging message to “Remember that you’re not alone in this journey!”

Another video participates in the trend of featuring Kanye West’s “I guess we’ll never know” soundbite from his 2005 Grammy speech to point out that most states do not report complications from abortion resulting in unreliable data on the safety of the abortion procedure.

Another administrator of the prolifehive account is Julia, a 17-year-old from Ontario, Canada. She told the Register that she became very pro-life at the beginning of high school when one of her closest friends told her “about how when she was in the womb, doctors encouraged abortion for her because she would have been born with severe autism, she wouldn’t have lived past two weeks, she would have had to talk through a computer.” Her friend’s parents were Christians and choose to have her friend who “came out a perfectly healthy baby.”

Julia said the thought that “my best friend wouldn’t be here” made her do some research and form “really solid opinions” about abortion. She also was close to her friend’s siblings who were adopted out of the foster care system. Julia says she would hear pro-abortion people talk about how rather than placing children in the foster care system “they should just be aborted and be spared their terrible quality of life,” which made “no sense” to her being close to those who had been in system.

Julia said that she and the others who run the account “try and put a pro-life twist on trends that are happening within the app” and also make “debunking videos where we take popular points that pro-choicers make and we try and deconstruct and debunk them.”

Amber Rose Schneider, a 21-year-old Illinois Catholic studying graphic design, is another pro-life presence on the app. Her account @the_religious_hippie has more than 90,000 followers and she posts pro-life messages as well as information about the Catholic faith.

She told the Register that her pro-life advocacy started when she came back to her faith after falling away in high school. “I ended up getting in with a couple of rough crowds,” she said. “I had a lot of anxiety and seasonal depression.” https://a0a34cf412cca6c478363c1125c762fe.safeframe.googlesyndication.com/safeframe/1-0-37/html/container.html

After one night struggling with her lack of fulfillment, she “drove to church for the first time in eight years” and “sat in the back, but I really felt peace there and that’s what kick started me coming back.” Schneider now attends the traditional Latin Mass where she feels a special “connection with God.”

“When I found my voice for my faith again, I began expanding to pro-life content since fighting for the unborn is such an important job and a big part of our faith,” she said. In one of her TikToks with 12,000 views, Schneider highlighted the abortion industry’s connection to the eugenics movement by using the Mirror Reflection feature and the song “Twins.” She said that people should know about Planned Parenthood’s link to eugenics and the quote from the group’s founder Margaret Sanger that “birth control must lead ultimately to a cleaner race.”

“Whether they agree with me or not, they’ve watched my videos and maybe my video gave them something to think about,” she said of her audience. “There’s that side of it also, knowing my videos could change someone’s mind on abortion.” She has also been encouraged by the trend of teen moms on the app speaking out “about their experience and how their children have turned their lives around for the better.”

Schneider has faced death threats over her views and has also had TikTok remove some of her videos for allegedly “not following community guidelines,” but she said the videos just had information about pregnancy and resources for crisis pregnancies. Despite such setbacks, she still believes TikTok is a “good tool because it can reach literally millions of people of all backgrounds, opinions, and lifestyles.”

Lila Rose is president and founder of the pro-life group Live Action which has the largest pro-life account on the app with 333,000 followers. The account features testimonies from young pro-lifers, responses to pro-abortion arguments, and information about human life in the womb.

Rose told the Register that “60% of U.S. TikTok users are between the ages 16-24, a very vulnerable demographic that the abortion industry targets daily with pro-abortion messages. TikTok gives our pro-life movement a unique opportunity to reach young people with content that is truthful, hard hitting, and pushes back on the abortion industry’s lies.”

“We monitor the leading trends, and work every day to create the most viral life-saving content, and because of that, many of our videos have received millions of views,” she commented.

One recent video on the account, with more than 8 million views, shows footage of a father in an abortion business parking lot begging a woman not to abort their baby with the commentary that “there is so no such thing as my body, my choice when it comes to being pregnant … it’s three parties: It’s your body, the child’s body with his own DNA, and the father.”

Rose said that Gen Z is “naturally interested in the debate around abortion and, we’ve seen, very receptive to hearing more about the pro-life movement’s reasoning.” She added that “the comments section on our TikTok videos often includes thousands of young pro-lifers cheering us on — and those in opposition are quickly met with solid pro-life responses and reasoning learned from our presence on the platform.”

Live Action’s TikTok account did face some obstacles and was even briefly banned from the platform in January for “multiple community violations,” but Rose said they were “never given an example of a single violation. TikTok did not respond to requests from the Register for clarification, so we sounded the alarm that TikTok was now banning and removing the largest pro-life presence on the platform.”

After public pressure and media inquiries, TikTok reinstated the account. “Following a review, we have determined that there were no violations of our Community Guidelines, and the issue was the result of a human error by a moderator,” they stated at the time.

Rose is “glad TikTok course corrected” and said that it’s important to be able to “use your social media presence to make your mark on history.

“Abortion is the greatest human rights abuse of our time,” she said. “We have the knowledge, passion, and opportunity to change hearts and minds and save lives. We should utilize every tool in our hand to save every preborn life we can.”