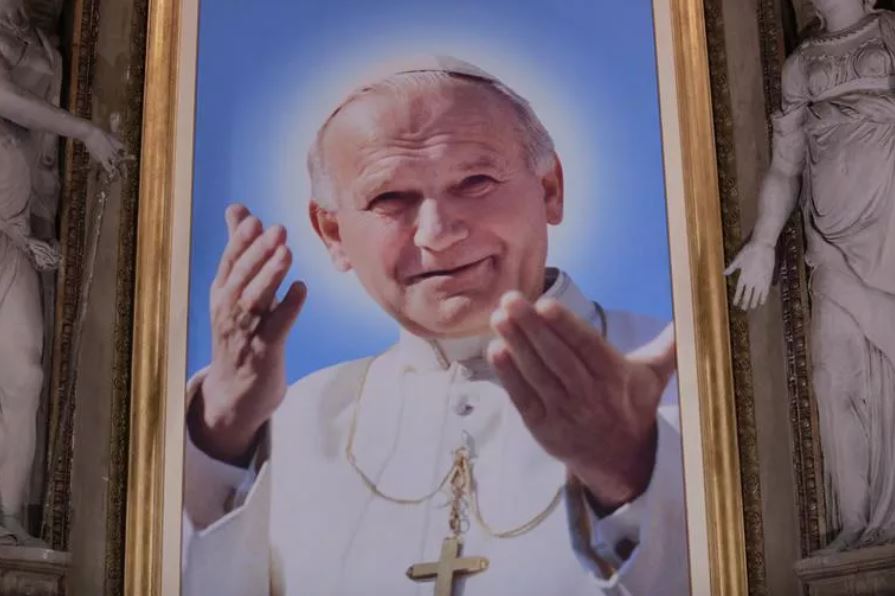 The papal biographer marked the May 18 anniversary in remarks to the Polish Bishops’ Conference.

George Weigel lauded John Paul II as “a man of God, a brilliant analyst of the human condition, and a thoroughly lovable human being” on the 101st anniversary of the saint’s birth.

Marking the May 18 anniversary, the papal biographer said that the Pope’s teaching remain relevant more than a century after his birth in Wadowice, Poland.

“John Paul II understood that the great issue for the future of humanity in the 21st century and beyond was the concept of the human person that would shape culture and society,” said the author of Witness to Hope, a monumental biography of the Polish Pope issued in 1999.

“Are we merely bundles of morally equivalent desires, and is freedom merely the satisfaction of those desires? Or are we created for a nobler exercise of freedom: the freedom to seek the truths built into the world and into us and to live our lives according to those truths?”

John Paul II, born Karol Wojtyła on May 18, 1920, survived the Nazi occupation of Poland and helped to lead the Church’s resistance to the oppressive communist regime that followed.

Elected pope in 1978, he led the Church for 26 years until his death in 2005. The first non-Italian pope in 455 years, he made more foreign trips than all previous popes combined and issued 14 encyclicals.

“John Paul II’s teaching reflected the conviction, which he helped write into the Second Vatican Council’s Pastoral Constitution on the Church in the Modern World, that, in Jesus Christ, we meet the deepest truths about God and ourselves,” said Weigel, distinguished senior fellow at the Ethics and Public Policy Center in Washington, D.C.

“That is the central message that the Church must take to the world, if it is to be the Church of the New Evangelization that John Paul II proclaimed.”

He made the comments in response to questions from the  Office for Foreign Communication of the Polish Bishops’ Conference.

Meanwhile, the St. John Paul II Institute of Culture, within the faculty of philosophy at the Angelicum in Rome, is launching a new yearlong program for postgraduate students.

The institute was founded at the Angelicum, formally known as the Pontifical University of St. Thomas Aquinas, on the 100th anniversary of the saint’s birth in 2020. The future pope studied at the university after the Second World War.

Speaking to Polish media, Weigel said: “I am eager to be a part of this important initiative, which I hope will help students ‘see’ the world through John Paul II’s ideas and papal teaching, rather than simply looking at him as an exemplary human being.”

“He was that, of course, but he also had an acute analysis of the crisis of civilization today, and that analysis deserves to be carefully studied.”

“Relocatiō”: Why These Families Mo...