Go to Joseph — and Bring Your Sons With You 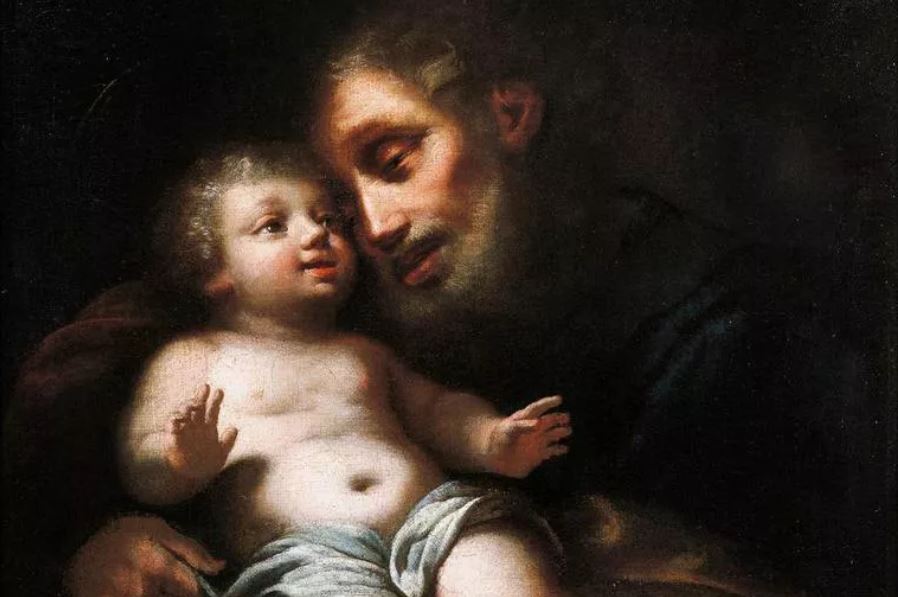 Go to Joseph — and Bring Your Sons With You

The Gospels don’t say much about Joseph, but what is there is more than enough to provide young men with a compass.

There is a sweet statue of St. Joseph on the right side of the tabernacle at my parish church. He is standing tall. A fairly young man. My eyes have been drawn to it these days. Of course, it has something to do with the fact that the Church is celebrating a Year of St Joseph. We are well into the month of March – a month traditionally dedicated to the foster father of Jesus – and today, March 19, is his feast day. It also has something to do with my three sons.

My three eldest — all males — are each in their twenties. They are now living on their own. As their three younger brothers and four younger sisters are still at home, I’ve got my hands full most of the time. But I’m always available for advice or to offer help. Because there is only so much a mother can do, I’m also praying to St. Joseph to be their guide into adulthood.

Being a young man today isn’t easy. Manhood is under assault. Manliness was described as “toxic” by the #MeToo movement. The very concept of a male sex is being erased by gender ideology. And fatherhood is becoming a forgotten ideal. In Colombia, where my sons were raised, 40% of all children are raised in households headed by the mother. The situation is not much better here in the United States – at least 20% of children live in fatherless homes. It must be very disorienting.

The Gospels don’t say much about Joseph, but what is there is more than enough to provide young men with a compass.

In the Gospel of St Matthew, Joseph is described as a “just man.” Even when the meaning of the situation was obscure or its relation to the rest of the divine plan was hidden from him, he was firm, docile and active. Living the “justness of St Joseph” means not being swept up by tribalism. It is to have an independent mind. To look at the many vantage points of a situation, starting with the most charitable perspective.

Joseph was also obedient. He respected the law — both divine and positive. He traveled to Bethlehem for the census, presented the Child Jesus in the Temple and made the pilgrimage there later. Although Joseph was taking care of the Son of God, he was never self-entitled.

This was a man of action. I’m not saying he was impulsive or reactionary. He was “ever ready to carry out God’s will as revealed to him,” as Pope Francis wrote in his apostolic letter, Patris Corde.

And Joseph worked. “Don’t bury your talents!” I would tell the boys as they were growing up. I usually said it when they were fooling around instead of doing their homework. Thinking back, I didn’t add: “And use them to the service of others!” The example of St Joseph the Worker makes up for my omission. St Joseph was an ordinary man, a family man who made his living through manual labor and met the needs of those around him with the skill gained through years of sweat and hard toil. As St. Josemaría Escrivá observed, a feature of the work of St. Joseph was his “spirit of service.”

Finally, St Joseph was a model head of the Holy Family. He was a tender and loving spouse and father. He gave Jesus the best he had and cared for him as he was asked. Joseph lived his vocation as Mary’s spouse with a noble love.

I have entrusted my sons to St Joseph — the first and model Christian gentleman. And when they come seeking my advice, I’ll also remind them of the good counsel found in Christian tradition: Ite ad Ioseph — “Go to Joseph.”