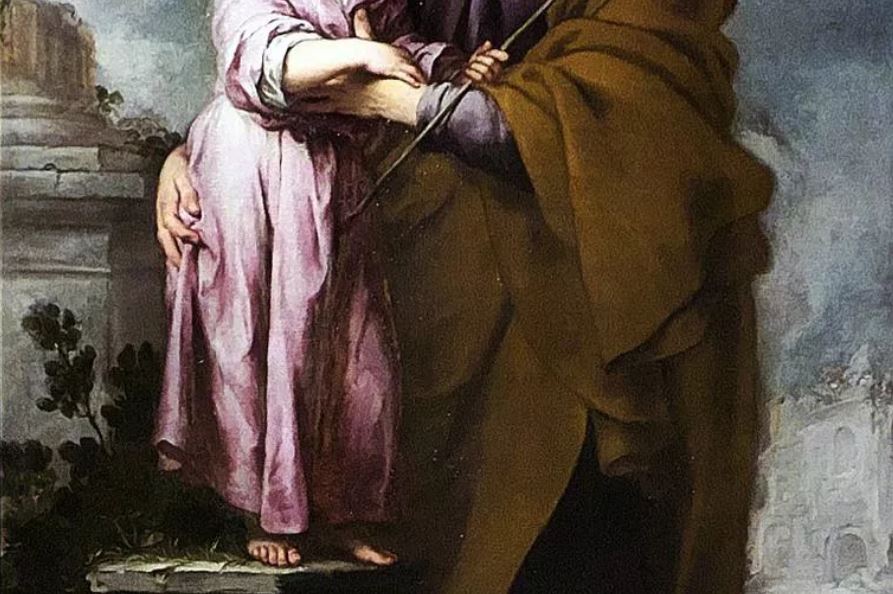 EDITORIAL: Discover Mary and encounter Christ through the year dedicated to the universal patron of the Catholic Church.

When Pope Pius IX named St. Joseph the “Patron of the Universal Church” in his Dec. 8, 1870, declaration, Quemadmodem Deus, he had the momentum of almost 1,000 years of devotion to the husband of Mary and guardian of the Redeemer to help move him to this decision. But recent human events had him casting his eyes toward heaven, as well.

He no doubt saw this title as fitting to the man who risked his life to protect the Holy Family as the nascent Church on earth — and so the Pope also placed the Church’s earthly fortunes in his heavenly care. For, Pope Pius IX says, it is both proper and propitious that this honor should be bestowed on St. Joseph “in these most troublesome times,” when “the Church is beset by enemies on every side, and is weighed down by calamities so heavy that ungodly men assert that the gates of hell have at length prevailed against her … .”

If that was how Pius IX saw the world in 1870, what would he think about the world today, as it further degrades into barbarism and grows increasingly ferocious in its attacks on the Church, the family and human sexuality — such that every day the news reports that Herod is once again sending out his troops to destroy innocence?

For this reason, like his predecessor, Pope Francis relies on St. Joseph’s experience to help protect us from the modern-day minions of Herod.

In his Dec. 8 declaration, Patris Corde, the Holy Father announced the Year of St. Joseph to remind the faithful — and the world — that St. Joseph remains steadfast in his duty to protect the mystical body of Christ, the Church he founded, so that it may continue its mission of salvation begun by Christ. During these days of Lent, we are especially reminded of Our Lord’s mission — to offer himself as the Paschal Lamb on the cross at Calvary — and we recognize, too, that this mission was only possible because St. Joseph fulfilled his mission, down to the last detail.

It is perhaps no coincidence that March, which always falls in whole or part during Lent, is also St. Joseph’s month. The Year of St. Joseph and the Month of St. Joseph — both of which the Register celebrates in its special section on St. Joseph — invite all Catholics, men and women, to “Go to Joseph” to find Christ. As Pope Francis says in Patris Corde, “Each of us can discover in Joseph — the man who goes unnoticed, a daily, discreet and hidden presence — an intercessor, a support and a guide in times of trouble.”

But how can we “discover” St. Joseph when we only meet with silence when we find him in Scripture?

“It is the glory of God to conceal the word, and the glory of kings to search out the speech,” says Proverbs (25:2). So St. Joseph, a descendant of King David, sought to find meaning in what God has laid at his doorstep: the woman he was promised in marriage, pregnant; an unexpected journey to Egypt to protect a child, not his own; and a return to his hometown to settle into an ordinary family life, extraordinary.

In each of these moments, Joseph found God’s meaning through the word of God — “Do not fear!” “Flee my enemies!” “Come back to your homeland!” “Take a different route when you cross the border!” In each case, Joseph did exactly as the Lord commanded. If the poet Yeats has it right that “In dreams begin responsibilities,” then this is especially the case with St. Joseph. The simplest and most profound lesson we can learn from him is to do the Lord’s will in thought, word and deed — and do it as an urgent matter of life and death.

It is for this reason that the Church places so much hope in St. Joseph as guardian and intercessor.

We can take courage in knowing that the Church continues to be guided by the Holy Spirit — despite attacks from outside and within the Church in these latter days. The wickedness of the world would deny the Church her right to convert souls to the Gospel message, and surely she suffers from the wounds she received through scandal among her members, whether in sinning against innocence or dissenting from the truth of her teachings.

With St. Joseph we know that Mary “shall bring forth a son: and thou shalt call his name Jesus. For he shall save his people from their sins” (Matthew 1:21). So we go to Joseph to find Mary and to encounter Christ and to beg intercession for the protection and for renewal of the Church.

As guardian of the Holy Family, St. Joseph safely led his family out of harm’s way — and the faithful, too, besieged by a culture that has normalized divorce, abortion, contraception, homosexuality and other evils undermining the foundations of society, may take comfort in knowing that the Church provides the only remedy and the only refuge. The Church’s moral teachings allow us to flee from the false kings of pleasure and greed and embrace the one true King, Jesus Christ. Likewise, the Church’s spiritual teachings ensure that Christ, through his sacraments, accompanies us on our journey. Over these things, as over the gifts of the Magi, St. Joseph keeps a vigilant watch.

When Joseph returned from Egypt to Israel with the Holy Family, God told him to take his wife and make a life in Nazareth. As a carpenter, St. Joseph had easy commerce with square and level — but his greatest construction project was raising the new Temple — Christ our Savior. For that work, he needed the abundant graces that allowed him to maintain a plumb line in the moral and spiritual formation of Jesus (who condescended to submit his will to his parents).

In the Holy Family household, Joseph “the just” (or, in another translation, “the pure”) served as a masculine model for Jesus, teaching him the family business and the business of family.

We, too, may find in St. Joseph a guardian of that same masculinity, even as he fosters both a profound respect for femininity through his love for his wife, our Mother, and the wisdom to know that there is a complementary difference between the sexes, despite the recent fascination with gender confusion and vogue androgyny.

“Whatever our vocation, whether to marriage, celibacy or virginity, our gift of self will not come to fulfillment if it stops at sacrifice,” Pope Francis states, adding, “were that the case, instead of becoming a sign of the beauty and joy of love, the gift of self would risk being an expression of unhappiness, sadness and frustration.”

During this Year of St. Joseph, let our prayers go to Joseph, that we, too, may respond to God’s will at a moment’s notice. Let us be sacrificial, and let us be a gift to one another within our families and our parishes, as St. Joseph remains a glorious gift to the Catholic Church.