Golden Calf Idolatry vs. Carved Cherubim on Ark of the Covenant 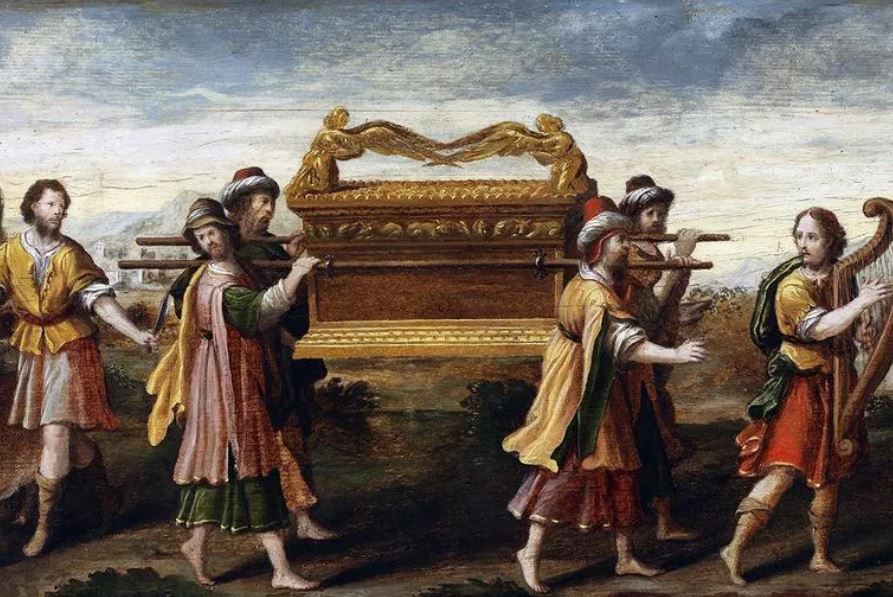 Golden Calf Idolatry vs. Carved Cherubim on Ark of the Covenant

While the Calf was condemned as gross idolatry, the Ark was a permitted non-idolatrous religious image, sanctioned by God, complete with explicit instructions.

What’s the essential difference between the golden cherubim that were carved on top of the ark of the covenant and the golden calf constructed by Aaron in the wilderness? A skeptical “biblical scholar,” who denies biblical inspiration and who thinks the Bible is chock-full of self-contradictions, asked this question.

Short answer: one was intended to be gross idolatry (the calf) and the other was a permitted non-idolatrous religious image, sanctioned by God, complete with explicit instructions (Exodus 25:10-22). There are many examples of permitted images for use in Old Testament worship, including the temple and the tabernacle. In other words, contrary to extreme Calvinists and other iconoclasts, not all images were forbidden “graven images” or idolatrous.

The two golden cherubim were never intended to be a representation of God. Not the slightest hint of any such thing can be found anywhere in the Bible: let alone an image to be worshiped. But God appeared in the space between the two of them under or in the form of a cloud:

Leviticus 16:2 (RSV) and the LORD said to Moses, “Tell Aaron your brother not to come at all times into the holy place within the veil, before the mercy seat which is upon the ark, lest he die; for I will appear in the cloud upon the mercy seat.

In the case of the notorious golden calf, however, things were very different:

Exodus 32:1, 4-5  When the people saw that Moses delayed to come down from the mountain, the people gathered themselves together to Aaron, and said to him, “Up, make us gods, who shall go before us; as for this Moses, the man who brought us up out of the land of Egypt, we do not know what has become of him.” . . . [4] And he received the gold at their hand, and fashioned it with a graving tool, and made a molten calf; and they said, “These are your gods, O Israel, who brought you up out of the land of Egypt!” [5] When Aaron saw this, he built an altar before it; and Aaron made proclamation and said, “Tomorrow shall be a feast to the LORD.”

Exodus 32:22-24 And Aaron said, “Let not the anger of my lord burn hot; you know the people, that they are set on evil. [23] For they said to me, ‘Make us gods, who shall go before us; as for this Moses, the man who brought us up out of the land of Egypt, we do not know what has become of him.’ [24] And I said to them, ‘Let any who have gold take it off’; so they gave it to me, and I threw it into the fire, and there came out this calf.”

This is idolatry and otherwise sinful, on many counts:

2) Nowhere are the Jews permitted to build a calf as an “image” of God. This was an outright violation of the injunctions against “molten images” (Exodus 34:17; Leviticus 19:4; Numbers 33:52; Deuteronomy 27:15). All these passages condemn such idols, using the same Hebrew word which appears in Exodus 32:4, 8, 17: massekah).

3) Aaron built an altar before what the people regarded as “gods,” thus blaspheming the true God. Even the earliest portions of the Bible (and all portions) were monotheistic, as I documented at length in a previous article here, dated 7-11-20.

4) Lies were told and believed about “gods,” not God, liberating the Hebrews from Egyptian slavery.

5) Bible translations NASB, NKJV, NRSV, KJV, RSV, NIV, NEB, & REB read “god” at Exodus 32:4 (not even capitalized), so that is clearly not intended as a reference to the one true God, YHWH, according to the accepted practice of all Bible translations.

Exodus 32:1 is revealing as to the state of mind of these idolaters. They ask Aaron to “make” them “gods.” Obviously, they could not have the biblical God, YHWH in mind at that point, since they must have at least knew that He is not “made by hands” and is eternal. Then they say these gods “shall go before” them; that is, the golden calf would be carried before them. Therefore, they must have regarded the calf as a pure idol of their own making, not as a mere representation of the true God:

Psalm 106:19-21 They made a calf in Horeb and worshiped a molten image. [20] They exchanged the glory of God for the image of an ox that eats grass. [21] They forgot God, their Savior, who had done great things in Egypt,

It was a deadly heretical mixture of orthodox and heterodox elements (as heretical departures invariably are). Aaron refers to “gods” as supposedly the ones who liberated the Hebrews from Egyptian slavery, builds an altar to the calf who represents them, then speaks of a “festival to the LORD” (YHWH): Exodus 32:4-5. It’s classic heterodox syncretism: that Judaism and Christianity have been “blessed” with since time immemorial.

King Jeroboam later repeated essentially the same sort of idolatry (1 Kings 12:28, 32; 14:9: “made for yourself other gods,” “sacrificing to the calves that he had made” etc.).

Rebellion and heterodoxy never  make any sense, because they originate in grace-deprived hearts filled with disbelief and lack of faith in and gratefulness to God.

Book gives more insight into the a...