MORE FROM EWTN
FAITH & RESOURCES
Welcome to EWTN GB - Global Catholic Television Network - Copyright ©
Trending News
HomeArticleHell Is Real, So With Hope We Pray: ‘Save Us From Final Damnation’

Hell Is Real, So With Hope We Pray: ‘Save Us From Final Damnation’ 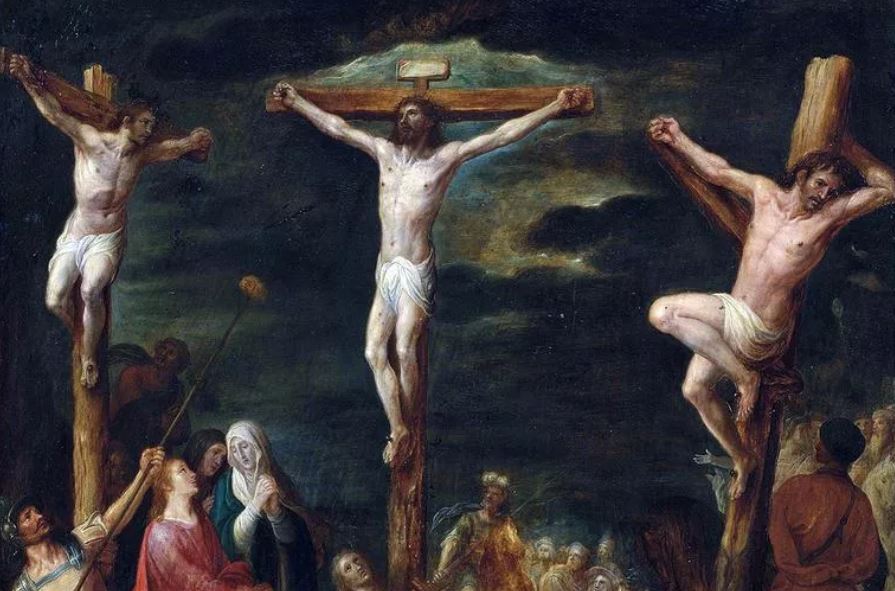 Hell Is Real, So With Hope We Pray: ‘Save Us From Final Damnation’

“God predestines no one to go to hell; for this, a willful turning away from God (a mortal sin) is necessary, and persistence in it until the end. In the Eucharistic liturgy and in the daily prayers of her faithful, the Church implores the mercy of God, who does not want ‘any to perish, but all to come to repentance.’” (CCC 1037)

St. Augustine tells us that in the face of the final outcome awaiting us on the other side, there must be neither presumption nor despair. After all, he asks, was not one of the thieves saved, while the other was not? But how exactly does he know that? I mean, about the fellow he quite confidently consigns to Hell? Was it only to the Bishop of Hippo that God vouchsafed this particular revelation? Why not put everyone in the picture?

He certainly did so on the matter of our salvation, having told us that we were all chosen in him before the foundation of the world. All creation, St. Paul assures in his Letter to the Ephesians, will be taken up into the realms of eternal glory. “He destined us beforehand to be his adopted sons through Jesus Christ, according to the purpose and desire of his will,” Paul tells us in the very first chapter. Surely he was not lying when he wrote those words. Unless, of course, we was and we’ve no business imagining ourselves as standing within Christ’s all-encompassing, all-merciful love. We all stand, as it were, beyond the pale.

So, which is it exactly? We know from the Crucified Christ that the Good Thief is in Heaven; indeed, he confirmed it just moments before they both died. In fact, it looks as if the guy actually stole the place, thus confirming the wonderful ways of God, in which thieves and murderers are the first to enter the Kingdom of Heaven.

“This day thou shalt be with me in Paradise.”

We also know that the Church condemns no one. While there are official lists of names compiled of the saints and martyrs whom we are to pray to, she has no counterpart for those who have chosen not to go there, preferring an eternity of loss in the company of the demons who first took themselves to Hell. But we simply do not know who they are, nor how many, which leaves us free to hope for the salvation of all.

Meanwhile, the tendency among many on the subject, is to think only of themselves, and perhaps — after suitable and pious pause — a family member or two. And while most people may not, in the manner of Tertullian, contemplate with pleasure the prospect of our enemies roasting in Hell, how often do we actually think to pray that they too might escape the fire and brimstone? Does it not occur to us that not to do is a failure, not just of charity, but of hope?

Because the thing about hope is that until it includes everyone, it cannot include me. Jean Danielou, in a stunning passage written many years ago, reminds us that “hope essentially bears on the great actions of God concerning the whole of creation. It bears on the destiny of all humanity. It is the salvation of the world that we await. In reality hope bears on the salvation of all men — and it is only in the measure that I am immersed in them that it bears on me.”

But suppose someone knew, really knew, that he’d be going there? Not just Hitler or Stalin, or even Richard Nixon, but his own soul, predestined forever to fall into the Lake of Fire and there to suffer without end the pain of an everlasting loss? This was the teaching of Luther and Calvin, that from all eternity there was this double predestination, in which God himself is the driving force, whereby the reprobates go to Hell while the blessed end up in Heaven. Damned if you do, damned if you don’t.

What an intolerable predicament for any creature to have to endure! Yet, in its coils not a few good men, saints included, have found themselves caught. Francis de Sales, for instance, whom God allowed to be tempted in this way, an evil spirit having insinuated into his mind a single paralyzing suspicion that he too was destined to join the ranks of the damned. For weeks the sweetness of divine love had left him, leaving only a fingernail’s faith to cling to, which moved him again and again to cry out to God, confiding in him the hope that if he, Francis, should go to Hell, “cursed among the accursed who will not see your most sweet face, grant me, at least, not to be among those who will curse your most holy name.”

In an extraordinary exercise in heroic abandonment, Francis takes himself to the Holy Virgin whose statue he kneels before. He thereupon recites the Memorare, and all at once the

storm passes. “The torment of despair came to a sudden end,” he writes in one of his letters, resolving to recite the prayer for the rest of his life.

It is only in the dark night of love, Cardinal Journet tells us in his little book on The Meaning of Grace, that the problem of predestination may be overcome. By crying out to God, “O my God! You know I cannot endure Hell, and I know that I am not good enough for Paradise. To what shall I have recourse? Your forgiveness.”

We are thus to entrust ourselves to God’s merciful forgiveness, which is wider and deeper than the whole universe. That is the way of hope, a trail blazed so beautifully by the saints, who, in the dark night of faith, cling with an audacity of hope in excess of all the evidence of sin and suffering, are determined never to let go of his love.
Share With:
Previous Article

Life Savers: The Sisters of Life a...