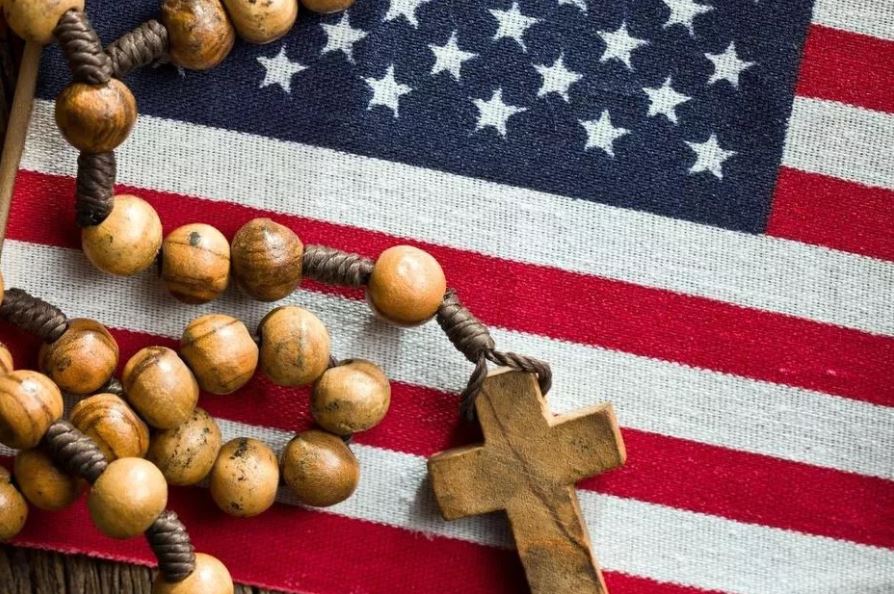 A NOTE FROM THE PUBLISHER: Religious exemption is on the chopping block under Xavier Becerra’s aggressive new plan.

At the time of Xavier Becerra’s confirmation, the Register warned his appointment as secretary of Health and Human Services (HHS) posed a grave threat to the religious freedom of believers. We based that warning on a sober assessment of his disastrous political record in California, where he earned the notoriety of being possibly the most flagrant dissenter on abortion and “LGBT” issues of any Catholic in American public life.

The situation is now becoming even worse than we feared. In mid-November, important disclosures by the Register and other media outlets made it clear that Becerra’s HHS has declared open war on individuals and groups who, on the basis of their religious convictions, oppose the agendas of the abortion and “LGBT” lobbies. In fact, he’s extending this war on religious liberty even beyond health care, into the domain of faith-based adoption agencies.

The most significant of these media disclosures shows how HHS is collaborating with a host of progressive activist groups to impose a new rule mandating radical agendas in the provision of health care — with no religious exemptions allowed. The reporting is not speculative: It’s based on the contents of court documents brought to light by the Catholic Benefits Association. These legal documents indicate that HHS is currently in discussion with extremist groups such as Planned Parenthood, the Human Rights Campaign and the Southern Poverty Law Center, working with them to craft an “expansive definition” of discrimination on the basis of sex.

Via this redefinition of sexual discrimination, these progressive groups want HHS to mandate that all health-care entities must participate in the provision of abortions, sterilizations, contraception, gender-transition services and fertility treatments for infertile couples, including for those they call “socially infertile,” such as same-sex couples and some single persons.

The radical groups are also requesting that HHS move to overturn existing religious exemptions that some Catholic health-care providers have been granted by the courts.

Doug Wilson, the chief executive officer of Catholic Benefits Association — whose membership includes 71 dioceses and more than 1,000 affiliated members, including charities, hospitals, universities and small businesses — has said that this radical plan would “effectively remove all religious considerations from issues around life, family, marriage, the very nature of men and women.”

If Becerra had any intention of respecting the freedom of Catholic and other religious health-care entities to provide sound medical care, in conformity with what they believe, he would have told this radical coalition that HHS could not possibly accommodate their demands. Instead, HHS advises in the court documents that it is pushing forward aggressively with an administrative rule that is likely to fulfill their wishes, to be enacted by April 2022.

“This isn’t a Catholic issue; this is a religious issue,” Wilson warned. “This will impact everyone religious, and, essentially, they’re saying that your beliefs have no standing in this discussion.”

And on the same day that news of these disturbing developments broke, Fox News reported it was in possession of a draft HHS memo that further confirms the federal agency’s desire to overturn religious-liberty protections. The memo indicates that Becerra intends to remove the authority that the Trump administration granted to HHS’ Office of Civil Rights to consolidate religious-freedom claims in one office and ensure proper enforcement of the Religious Freedom Restoration Act (RFRA) and of First Amendment constitutional rights.

The very next day, HHS announced it was rescinding religious-freedom waivers granted to the states of Michigan, South Carolina and Texas, and to religious adoption agencies in those states, who object to placing children with same-sex couples or families of different religions. Although this HHS announcement tried to preserve a fig leaf of alleged respect for religious freedom, by maintaining that the federal agency will continue to consider religious-exemption requests in conformity with the RFRA on a “case-by-case” basis, it’s transparent that the only reason for the policy shift was to proclaim that, under the Biden administration, religious freedom is completely subordinated to the advancement of the “LGBT” cause.

“Today,” the announcement pointedly declared, “HHS reaffirms its important commitment to core American values: HHS will not condone the blanket use of religious exemptions against any person or blank checks to allow discrimination against any persons, importantly including LGBTQ+ persons, in taxpayer-funded programs.”

One justification cited by apologists for HHS’ recalibration on religious freedom, under Becerra’s direction, is that support is diminishing for the retention of religious perspectives in America’s public square. Yet that claim is categorically refuted by the findings of the Becket Fund for Religious Liberty’s annual “Religious Freedom Index.” According to Becket’s polling data, an overwhelming majority of 79% of Americans support the freedom of groups and individuals not to participate in actions or work that violates “their sincere religious beliefs and conscience.” And this support isn’t declining; it’s actually a percentage point higher than it was in 2020.

Moreover, the Becket index also found substantial support for religious liberty in the specific area of health-care provision, where HHS appears most bent on eradicating it. Forty-four percent of respondents said that hospitals and health-care systems run by religious organizations should be allowed to operate in conformity with their beliefs, compared to only 26% who said they opposed this freedom.

The bid by HHS to undermine the conscience rights of religious health-care providers is another stark reminder of why the U.S. bishops have been forced, over the course of this first year of the Biden administration, to discuss how dissenting Catholic politicians like Becerra and Biden can be drawn into communion with what the Church teaches regarding the sanctity of all human life and the reality that an individual’s biological sex is immutably male or female. It’s almost beyond comprehension that these two prominent Catholics not only deny these truths, but are even going further by seeking to deny Catholic medical personnel the right to refuse to participate in the grave evils of abortion and “gender-transition” procedures.

At the same time, it’s important to remember that it’s not a done deal with respect to Becerra’s ambitions to undermine HHS’ current religious-freedom protections. It’s incumbent for all of us as individual Catholics to work as hard as we can at the political level to forestall these actions and to join at the spiritual level in fervent prayer that they will not come to pass.

COVID Clampdowns in German and Aus...