Hilaire Belloc and T.S. Eliot on Twelfth Night and Epiphany 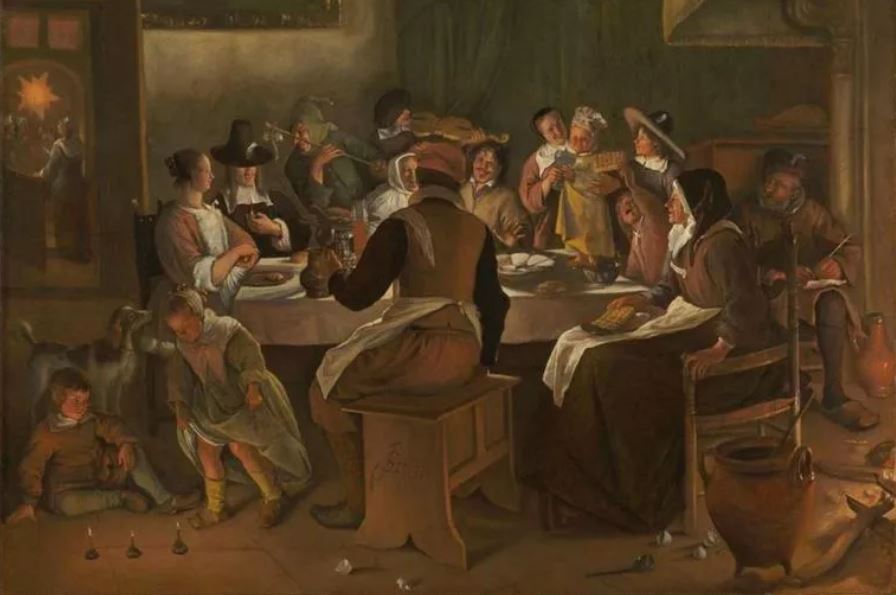 Hilaire Belloc and T.S. Eliot on Twelfth Night and Epiphany

On the Twelfth Day of Christmas two of my great loves sent to me a couple of great meditations on the mystery of the Nativity.

The first and better-known meditation is by T. S. Eliot, whose “Journey of the Magi” places the poet in the entourage of the Three Wise Men as they journey to Bethlehem. The narrative voice is that of one of the Magi who recalls the journey and its hardship, especially in terms of the cynical indifference of those whom they meet en route. The journey of the Wise is through a wasteland of worldly ignorance in which hollow men bereft of either hearts or chests spurn the presence of the three Truth Seekers. There’s no room for them in the inns of “the cities hostile and the towns unfriendly,” condemning them to “the villages dirty” where they are overcharged for inadequate shelter from the inhospitable elements.

Eventually they arrive at the designated place, “not a moment too soon,” finding the place “satisfactory.”

The place is not a palace but a stable but it is “satisfactory”; the Child is not in some stately crib but in a manger, which is also satisfactory. It is enough, the Latin for “enough” being satis. The Child is himself enough. He is not merely satisfactory but entirely satisfying. Nothing more is needed.

The narrating Magus tells us that it was “a long time ago” but even the distant memory is enough. He would do it all again, embracing the discomfort of the journey through the wasteland of indifference and the hostility of the hollow men. But he wonders if he and his two confreres were led all that way for birth or for death.

Those who had been blessed to see the Child were no longer at home in “these Kingdoms … in the old dispensation, with an alien people clutching their gods.” No longer at home in the world of the worldly or the world that worships false idols, the Magus, changed forever by the vision of the Child, would be glad of another death. This other death, the laying down of one’s life for others, is a prophecy of the cross and the new life beyond all death that the birth of the Child promises.

Eliot wrote “Journey of the Magi” when he was himself a new convert to Christianity. It is no surprise, therefore, that we hear the poet’s voice in the words of the Magus. Like the Wise Man, the poet had also made the journey to Bethlehem and the poem is itself the humble gift that the poet lays at the feet of the Child.

“Twelfth Night” by Hilaire Belloc is a haunting poem, full of a Yeatsian yearning betwixt faith and faerie, which shares with “Journey of the Magi” an evocation of the mystical sense of the exile of life. It is a ghost story of sorts, placing it in the long tradition of supernatural tales associated with the Christmas season, and is rooted in a particular place, specifically in Belloc’s beloved Sussex. The poet walks through Gumber Wood on a winter’s night and comes upon a company of travellers who cast no shadow in the moonlight. There being no other person for miles, the poet is fearful of this ghostly company and will not walk with them.

As the poet muses on the path he had refused to take, paralysed with fear at the haunting presence of the strange company he had spurned, he sees a star and hears the lowing of an ox. A blazing light then appears in the heart of the forest in the direction to which the ghostly company had been going. From out of the gloom, the poet hears elven voices chanting words in Latin that he had once known but which were now only half-remembered. The final stanza is full of penitential regret for the fear and infidelity, and the lack of childlike innocence, that had deprived the craven soul of the vision of the Christ Child. Since the elven magic of this stanza is inseparable from the seamless fabric of the whole ghostly tale, we will conclude our celebration of the Twelfth Day of Christmas with the whole haunting presence of Belloc’s “Twelfth Night”:

As I was lifting over Down
A winter’s night to Petworth Town,
I came upon a company
Of Travellers who would talk with me.

The riding moon was small and bright,
They cast no shadows in her light:
There was no man for miles a-near.
I would not walk with them for fear.

A star in heaven by Gumber glowed,
An ox across the darkness lowed,
Whereat a burning light there stood
Right in the heart of Gumber Wood.

Across the rime their marching rang,
And in a little while they sang;
They sang a song I used to know,
Gloria
In Excelsis Domino.

The frozen way those people trod
It led towards the Mother of God;
Perhaps if I had travelled with them
I might have come to Bethlehem.

Bible in a Year: Have you heard ab...