How 1 Family With 14 Kids Lives Debt-Free 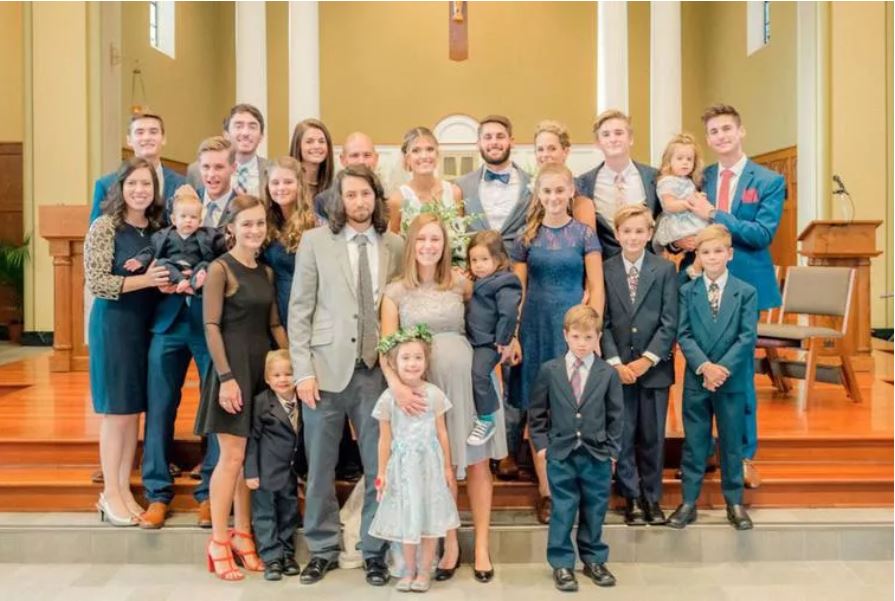 How 1 Family With 14 Kids Lives Debt-Free

Serving God and good money management are complimentary to one another, according to Sam and Rob Fatzinger, husband and wife and the parents of 14 children and grandparents of seven. As they share in their new book, A Catholic Guide to Spending Less and Living More, struggling with debt robs us of freedom and ways we could be serving God.

While raising their large family in Bowie, Maryland, the Fatzingers managed to pay off their seven-bedroom house and live debt-free while also living comfortably and generously. This accomplishment has caught the media’s attention: They’ve been interviewed by a number of publications and twice on EWTN to share that having a big family can be economically feasible. Sam is a homemaker and home-schooler as well as a parish, family, retreat and home-school coordinator. Rob is a software quality assurance manager at ManTech International.

The Fatzingers offer glimpses of family life directed by their Catholic faith while also offering ideas for financial freedom possible through things like: no debt, paying off the house in 15 years, retirement by age 60, and enough money left over for a healthy savings, family vacations, tithing at church and giving to charity, with some “fun money” to spare. And that is all on one salary. Rob does not mention how much he makes, but Sam stays home, and for 10 years they ran a bookstore before needing to find a better way to make ends meet.

Gary Zimak, author of Give Up Worry For Good: 8 Weeks to Hopeful Living and Lasting Peace, wrote the foreword, admitting that he had gotten into $20,000 in credit card debt twice before mending his bad spending habits. “The message delivered by the Fatzingers will often seem at odds with the ‘wisdom’ of the world,” he writes. “That’s not a bad thing. Their ideas and lifestyle mirror the plan laid out by Jesus, whose message was also considered by many to be countercultural. In the end, following him is what matters most.”

The Fatzingers acknowledge that getting spending under control can sound intimidating, but they claim that with God’s help and some sacrifice and discipline, you can feel the freedom of overcoming debt and becoming financially secure. “Basically, it is about embracing good stewardship,” Sam writes, “and the virtues associated with recognizing God as the source of all we have in a way that provides financial flexibility so that you control the money, rather than allowing it to control you.”

The key is to have a plan. “What is your financial vision?” Sam asks. For her, answering that question begins with prayer for God’s will to be done. Then setting financial goals become milestone markers toward that vision.

Sam acknowledges that life can thwart plans, so putting aside money each month for savings helps to cushion or alleviate unforeseen situations. The couple experienced this when their 8-year-old woke up limping one morning from advanced Lyme disease. “We call it the $40,000 tick bite,” Sam explains. They paid $7,000, and insurance covered the rest of treatment, which included hip surgery. “Thanks be to God he is doing great three years later with no side effects.”

Their grown children, who managed to graduate college with little to no debt, share some of their own insights in the book. They were home-schooled through eighth grade then attended a home-school tutorial two days a week and worked independently three days until they met all their high-school graduation requirements. The tutorial is $3,000 a year compared to $15,000 to $25,000 annually for Catholic school tuition.

Family life is important to the Fatzingers so, although they encourage hobbies, expensive and time-consuming traveling sports teams have been avoided. The children have chores and learn money management while they are still at home as an expression of their Catholic faith. “It is this fundamental faith in God, and a deep-rooted desire to please him and pick up our crosses in everything we do, that has been at the heart of all the choices we have made as a family — financial or otherwise,” Sam writes.

Rob addresses intentional spending, quoting the Catechism of the Catholic Church: “Prudence is the virtue that disposes practical reason to discern our true good in every circumstance and to choose the right means of achieving it” (1806).  He helps people to create a budget while also encouraging them to save and have fun. “Don’t be a total Scrooge,” he advises.

While coaching people to get out of debt, Rob points out, “Every dollar spent on finance charges is a dollar that can’t be spent on something more meaningful. If you look at all the things you need to squeeze into your budget, you will realize that paying 18 percent interest or higher to buy things you can’t even remember after a few months is financial suicide.”

Rob and Sam acknowledge that situations vary and plans get shaken up, just as theirs did during the COVID pandemic. “But we have already begun picking up the pieces,” Sam writes. “And so, my friend, can you.”