How a forgotten nun’s visions shed ‘new light’ on the life of St. Joseph 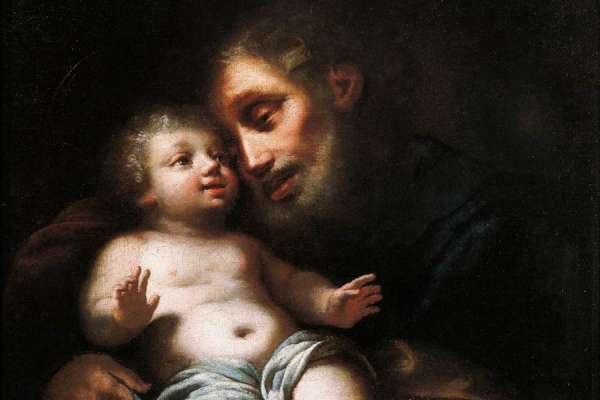 How a forgotten nun’s visions shed ‘new light’ on the life of St. Joseph

CNA Staff, Mar 16, 2021 / 05:00 am (CNA).- St. Joseph does not have any words recorded in Sacred Scripture, but the published meditations of an 18th-century Italian nun offer the chance to imagine the details of the Holy Family’s daily life as it might have been from the perspective of the foster father of Jesus.

Servant of God Mother Maria Cecilia Baij’s personal revelation, described in the book “The Life of Saint Joseph,” provides an intimate portrait of the life of prayer, suffering, and joy within the Holy Family.

As an artist might fill in the details in a painting depicting a scene in the life of Christ from the Bible, Baij’s account allows the reader to dwell on the scenes that could have made up Joseph’s life with Jesus and Mary, with a particular focus on his interior life.

It begins with the birth of Joseph and provides a 75-page account of his life before meeting Mary, with a focus on how God prepared him with graces for the privilege of meeting the future Mother of God.

From there, the reader accompanies Joseph as he exults in the Incarnation within Mary’s womb, endures trials on the way to Bethlehem, weeps for joy as he holds the Savior of the world in his arms, sings hymns of praise to God with Mary, works with the child Jesus in his workshop, and continually abandons himself to the will of God in the face of uncertainties.

While the Church does not consider it obligatory to believe private revelations as a matter of faith, the book has received an imprimatur and “nihil obstat” from the Vatican officially declaring it free from doctrinal and moral error.

Pascal Parente, a professor at the Catholic University of America, translated the 18th-century manuscript into English.

“The account of St. Joseph’s life … was not intended essentially to provide exegetical or historical instruction but rather to serve as a means of edification,” Parente, who died in 1971, wrote in his introduction to the text.

“It reveals the most loving and lovable head of the Holy Family in a new light which cannot fail to impress both the mind and the heart of the reader, thereby making him a partaker of the heavenly peace and harmony that reigned in the Holy Family of Nazareth.”

The manuscript was completed before Baij’s death in 1766, but remained unknown until a Benedictine monk, Dom Willibrord van Heteren, found Baij’s writings in 1900 in St. Peter’s convent in Montefiascone, Italy, and published some excerpts.

Twenty years later, a local priest, Msgr. Pietro Bergamaschi, took an interest in Baij’s writings in the convent archive and presented them to Pope Benedict XV in a private audience on March 17, 1920, during the month of St. Joseph. The pope encouraged Bergamaschi to publish them.

Maria Cecilia Baij was born in 1694 in Montefiascone, a hilltown about 60 miles north of Rome located on the shores of Lake Bolsena. At the age of 20, she took her religious vows with the Benedictine community of Montefiascone. She was named abbess in 1743 and remained in the post until her death at the age of 72.

In her prayers at the convent, Baij received both attacks from the devil and mystical revelations about the life of Christ, St. Joseph, the Holy Family, and St. John the Baptist, which she wrote down in lengthy manuscripts in obedience to her confessor.

Her Benedictine convent, St. Peter’s, remains active today more than 250 years after her death. The sisters welcome pilgrims who walk the Via Francigena, a medieval pilgrimage route that passes through their town. The sisters also still possess all of Baij’s original manuscripts.

Baij is believed to have completed her account of St. Joseph’s life in December 1736. Throughout the text, Joseph is often depicted in prayer, speaking praises to God on his own and together with the Virgin Mary and Jesus.

Baij wrote: “Sometimes, when Joseph worked very strenuously, he would approach his spouse and ask her to condescend to sing for him a hymn in praise of God, and thereby relieve his weariness. The holy virgin would readily comply with his requests. Her singing of the hymns of divine exaltation was so delightful that Joseph often was carried into ecstasy.”

“He once remarked to Mary: ‘My spouse, your singing alone is enough to bring comfort to every afflicted heart! What consolation you gave me through it! What relief for my weariness! What a great joy it is for me to hear you speak or sing! …’”

“For the most holy Virgin, these words were the occasion for giving additional praise to God, the Source of all that is good … ‘God has poured these graces into my heart,’ she told him, ‘in order that you might be comforted and obtain relief in your tribulations and affiliations.’ The saint’s love and gratitude to God expanded steadily and he continued to wonder at the virtue of his most holy spouse.”

‘Sophia’ and Summoning the Demon —...