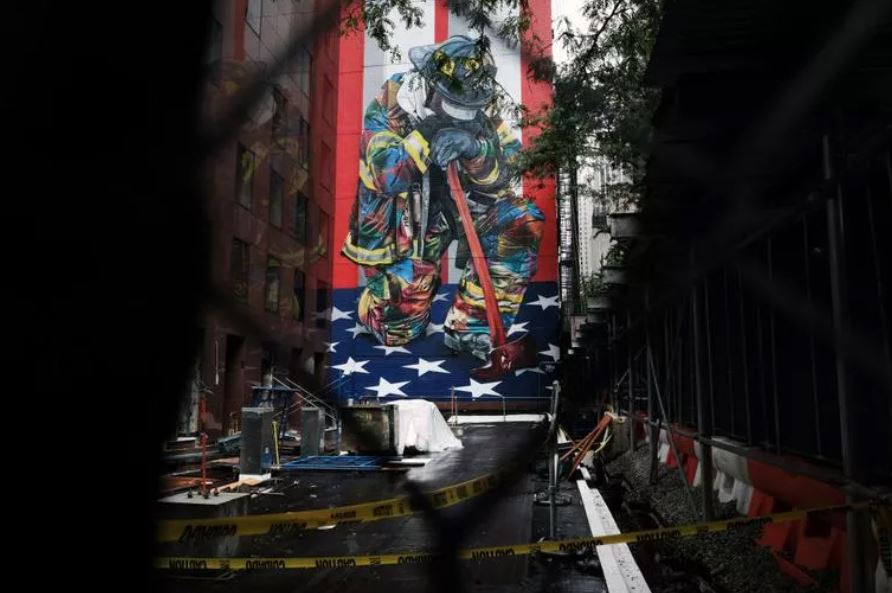 On Sept. 11, 2021, the 20th anniversary of 9/11, the flag of the Taliban flies over Kabul. That’s a very depressing reality that need not be. We’re back to ground zero, as Afghanistan will once again become a safe haven for Islamist terrorists to plot and plan. It’s a sad turnabout, and an even sadder testimony to the sacrifice of those who perished on 9/11.

Of course, how do you properly remember 9/11 and its victims? It isn’t easy. New Yorkers have tried. So have we here in western Pennsylvania.

The morning of Sept. 11, 2001, United Flight 93 flew over my tranquil blue sky in Grove City, Pennsylvania. I might have even seen it while walking the dog. I sort of think I did, but maybe that’s my imagination getting the best (or worst) of me in retrospect.

Flight 93 had lifted off from Newark at 8:40am. Quite significantly, it was scheduled to depart for San Francisco at 8am. That 40-minute delay would be crucial. It would ultimately allow time for the 44 passengers to learn about what had happened at the World Trade Center buildings (which were hit at 8:46am and 9:03am) and to avert a similar fate.

By the time their flight was hijacked at 9:28, the passengers of Flight 93 knew what was going on and decided to do something. This was captured in the final words heard from passenger Todd Beamer, who would never see his two children and pregnant wife Lisa ever again.

Minutes earlier, about 80 miles west, Flight 93 had made its way over my native Pittsburgh en route to Washington, D.C. My friend Salena Zito, the columnist and a fellow Pittsburgher, saw the plane cruise above, during a moment that must have been sheer horror and chaos to the passengers inside. She remembers standing in the middle of Heinz Field, then the newly constructed home of the Pittsburgh Steelers (she worked for the Steelers front offices). She was talking to Steelers owner Dan Rooney when a commercial airplane soaring directly over the stadium prompted him to glance up and pause mid-thought. “Hmm, that’s odd,” said Rooney, himself a pilot. “Too low and wrong flight pattern.”

Rooney didn’t say anything else, returning to the subject they were discussing: tickets for the 2001 season. They didn’t think much else of it. But not long thereafter, they realized what that plane was and where it had been headed.

The Boeing 757 was headed to Washington, D.C., and most likely for the Capitol Dome. Instead, it crashed in a remote farming area. The people on that plane stopped a catastrophe in the nation’s capital.

There, in Shanksville, Pennsylvania, the local community has tried to memorialize the victims. I finally stopped there for the first time in March 2018, while hopping off the Turnpike to drive to St. Vincent College in Latrobe.

The day I stopped by was windy and appropriately bitter cold. I walked along complaining to myself about the chill. It was a stupidly selfish reaction in the face of the indescribable harshness that those victims had endured. I really should feel awfully cold there. Every visitor should, anytime of year.

Few visitors were there that frigid afternoon, and the actual exhibition center was closed. I walked to the overlook and glimpsed where the plane hit. It’s a strange experience. You expect something dramatic, eerie — a ghastly crater of some nasty sort that oozes blood from the very ground. It’s not like that. If you were flying over the area today, you would never even know the spot was anything but a farmer’s field. It’s amazing how our earth mundanely absorbs something like that — literally barely a dent.

I told a friend about my visit. He had been there before and was disappointed. “I wanted to leave that place mad as hell,” he told me. He wants young people who visit, who didn’t live through 9/11, to come away with that feeling. Mad as hell.

Of course, hate and rage aren’t good things, and hell is a real place and a state of feeling not good for anyone to want for anyone. But righteous anger properly placed, especially in light of what happened that morning, is understandable, perhaps even necessary, critical. Young people especially need to know that what transpired was pure evil. Evil does exist. It has been on the prowl since the dawn of humanity.

To that end, one of my favorite quotes from the Catechism comes from Section 409. It states: “The whole of man’s history has been the story of dour combat with the powers of evil, stretching, so Our Lord tells us, from the very dawn of history until the last day.”

That passage might seem depressing to some, even morbid. But to me, it’s sort of soberly reassuring. It comforts me to understand that the evils that we suffer are nothing new and nothing unexpected. God knows what they are, have been, and still will be to come. He has viewed the entire history book of humanity, from beginning to end, and all the ugly chapters in between. Those pages include more than a few lines regarding Sept. 11, 2001.

How do you remember 9/11? Remember that in the whole of man’s history, this was another manifestation of the dour combat that we in the Church militant deal with day in and day out, year after year, from the dawn of history until its end. It’s nothing new.

Notably, the next line in that passage from section 409 of the Catechism reads: “Finding himself in the midst of the battlefield man has to struggle to do what is right.”

That is left to us, to our response. We can remember, but we also need to respond. Amid the battlefield, we need to struggle to do what is right. While here on this earth, in this domain, we suffer but we also fight back. Remembering 9/11 should mean first and foremost doing the things to keep it from happening again, including in places like Afghanistan today, 20 years later.