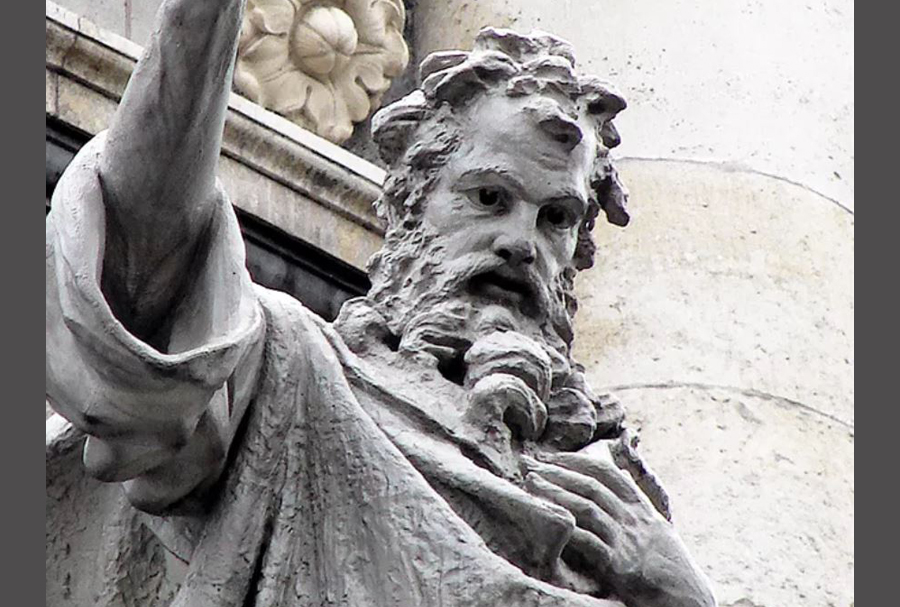 Irenaeus is a powerful aide and inspiration to us when we attempt to recognize the Gnostic tendencies in the world today.

In this last entry for the Register on the great Father of the Church, Saint Irenaeus, I hope to describe the primary heresy that he was combatting — Gnosticism. However, this is not so easy! Why? Namely, for one reason — there are as many forms of Gnosticism in the early Church as there were heretics!

What is a general definition of Gnosticism? According to New Advent, Gnosticism is:

A collective name for a large number of greatly-varying and pantheistic-idealistic sects, which flourished from some time before the Christian Era down to the fifth century, and which, while borrowing the phraseology and some of the tenets of the chief religions of the day, and especially of Christianity, held matter to be a deterioration of spirit, and the whole universe a depravation of the Deity, and taught the ultimate end of all being to be the overcoming of the grossness of matter and the return to the Parent-Spirit, which return they held to be inaugurated and facilitated by the appearance of some God-sent Saviour.

We can basically break up Gnostic thought into how the world was created (protology), the nature of God and his Christ (Christology), the nature and value of the human being (theological anthropology), and finally, the end of creation (eschatology).

So, for a generic Gnostic, an impersonal Supreme Being creates only one thing — a lesser God, a demiurge who emanates from this distant greater God. It is this demiurge that creates the physical universe and the human being. Depending on the branch of Gnosticism one would encounter, this demiurge takes the form of Jesus, who is not fully human, nor fully divine (I realize that I am simplifying some very complex ideas and mashing some theological heresies for the sake of making this readable as a basic introduction). For the Gnostic, the flesh is evil and fallen, and has very little value. Creation came from a lesser God. Finally, the end of creation is to be liberated from the flesh and to become purely spiritual, entering the Pleroma (the fullness) of the original creator God. The Gnostic had to acquire “gnosis,” “knowledge,” whom only the select can achieve.

Saint Irenaeus battled a unique form of Gnosticism, called Valentinianism. This thought came from Valentinus (c. AD 100-160). He was mostly likely from around Egypt and was educated in Alexandria. No less than Saint Clement of Alexandria traces Valentinus’ heritage through Theudas who was allegedly a disciple of Saint Paul the Apostle, who, according to the Gnostics, had imparted special, secret knowledge to Theudas as part of the Pauline “inner circle.” Tertullian stated:

Valentinus had expected to become a bishop, because he was an able man both in genius and eloquence. Being indignant, however, that another obtained the dignity by reason of a claim which confessorship had given him, he broke with the church of the true faith. Just like those (restless) spirits which, when roused by ambition, are usually inflamed with the desire of revenge, he applied himself with all his might to exterminate the truth; and finding the clue of a certain old opinion, he marked out a path for himself with the subtlety of a serpent. (Adversus Valentinianos, iv)

Valentinus had some strange forms of the sacraments. Saint Irenaeus wrote his Against the Heresies against the thought of Valentinus. Irenaeus noticed the lack of lasting tradition in Valentinus’ doctrine. He writes:

To which course many nations of those barbarians who believe in Christ do assent, having salvation written in their hearts by the Spirit, without paper or ink, and, carefully preserving the ancient tradition, believing in one God, the Creator of heaven and earth, and all things therein, by means of Christ Jesus, the Son of God; who, because of His surpassing love towards His creation, condescended to be born of the virgin, He Himself uniting man through Himself to God, and having suffered under Pontius Pilate, and rising again, and having been received up in splendour, shall come in glory, the Saviour of those who are saved, and the Judge of those who are judged, and sending into eternal fire those who transform the truth, and despise His Father and His advent. Those who, in the absence of written documents, have believed this faith, are barbarians, so far as regards our language; but as regards doctrine, manner, and tenor of life, they are, because of faith, very wise indeed; and they do please God, ordering their conversation in all righteousness, chastity, and wisdom. If any one were to preach to these men the inventions of the heretics, speaking to them in their own language, they would at once stop their ears, and flee as far off as possible, not enduring even to listen to the blasphemous address. Thus, by means of that ancient tradition of the apostles, they do not suffer their mind to conceive anything of the [doctrines suggested by the] portentous language of these teachers, among whom neither Church nor doctrine has ever been established.

For, prior to Valentinus, those who follow Valentinus had no existence; nor did those from Marcion exist before Marcion; nor, in short, had any of those malignant-minded people, whom I have above enumerated, any being previous to the initiators and inventors of their perversity. For Valentinus came to Rome in the time of Hyginus, flourished under Pius, and remained until Anicetus. Cerdon, too, Marcion’s predecessor, himself arrived in the time of Hyginus, who was the ninth bishop. Coming frequently into the Church, and making public confession, he thus remained, one time teaching in secret, and then again making public confession; but at last, having been denounced for corrupt teaching, he was excommunicated from the assembly of the brethren. Marcion, then, succeeding him, flourished under Anicetus, who held the tenth place of the episcopate. But the rest, who are called Gnostics, take rise from Menander, Simon’s disciple, as I have shown; and each one of them appeared to be both the father and the high priest of that doctrine into which he has been initiated. But all these (the Marcosians) broke out into their apostasy much later, even during the intermediate period of the Church.

Irenaeus is a powerful aide and inspiration to us when we attempt to recognize the Gnostic tendencies in the world today. Most especially, Irenaeus can be a primary teacher for us who wish to connect ourselves to the genuine, apostolic tradition. We who are Catholics are called to education ourselves in the true faith of the Church, a faith which is transmitted through Sacred Scripture, Sacred Tradition, those fonts of Divine Revelation, God’s own self-communication, and interpreted through the Magisterium, the teaching authority of the Church herself. A knowledge of the Fathers of the Church, of the Scholastics, and the strong foundation that the Catechism of the Catholic Church is, can aide in our growth so that we are not deceived by the Gnostic tendencies which still permeate our culture.

May Irenaeus, Bishop and Martyr, not yet a Doctor of the Church, and his prayer be ours:

Wherefore I do also call upon you, Lord God of Abraham, and God of Isaac, and God of Jacob and Israel, who is the Father of our Lord Jesus Christ, the God who, through the abundance of Your mercy, has had a favour towards us, that we should know You, who has made heaven and earth, who rule over all, who is the only and the true God, above whom there is none other God; grant, by our Lord Jesus Christ, the governing power of the Holy Spirit; give to every reader of this book to know You, that You are God alone, to be strengthened in You, and to avoid every heretical, and godless, and impious doctrine. (Against the Heretics, Book III, Chapter 6, 4)

Memories of the Little Soul: Why I...