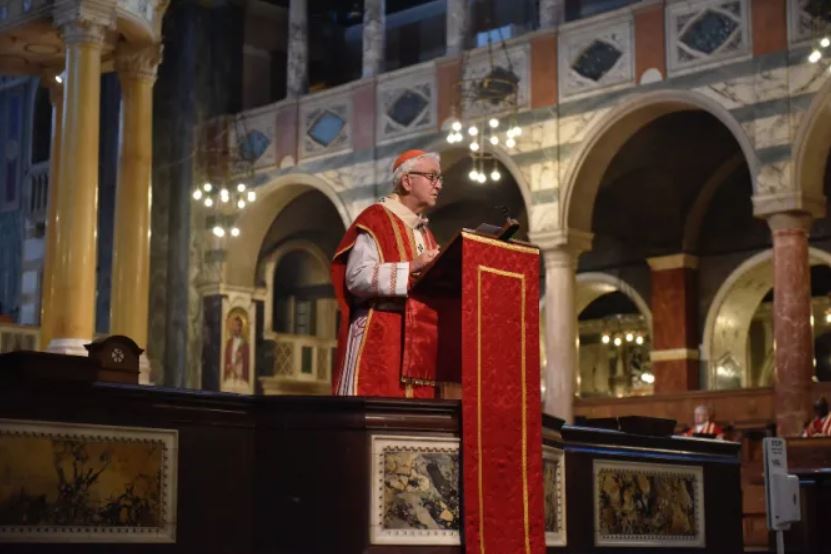 Cardinal Vincent Nichols praised a recent challenge to the U.K.’s law allowing abortion up to birth for Down syndrome on Friday as he celebrated the annual Red Mass in London.

Speaking to judges at the Oct. 1 Mass in Westminster Cathedral marking the start of the judicial year, the English cardinal said that the law dealt with “codified rights rather than innate human dignity.”

The archbishop of Westminster suggested that there was a “tension” between the two, offering the example of Heidi Crowter, one of the people who challenged the law at the High Court.

He said: “She argued that the provisions of the current abortion law are an offense against her in as much as that law allows for abortion up to full term if there are substantial risks that, if the child were born, ‘it would be seriously handicapped.’ Heidi is a person with Down’s syndrome.”

“Her cry is rooted in her instinct for the innate dignity that is hers as a human being, made in the image and likeness of God.”

“This is a line of argument that is not easy to include in a judgment over conflicting rights, which has no wider or prior frame of reference.”

In its ruling, the court declared that a law allowing abortion up to birth for disability was not discriminatory.

The challenge was brought by Crowter, a 26-year-old from Coventry, in central England, and Máire Lea-Wilson, a mother whose son has Down syndrome.

Section 1(1)(d) of the U.K.’s Abortion Act 1967 permits abortion up to birth if “there is a substantial risk that if the child were born it would suffer from such physical or mental abnormalities as to be seriously handicapped.”

There were 3,083 abortions based on disability recorded in England and Wales in 2020, 693 of them following a prenatal diagnosis of Down syndrome — an increase from 656 in 2019.

Preaching to members of the legal profession, Nichols described the annual Red Mass as “a cry from our hearts for the guidance of the Holy Spirit.”

“How right it is that, each year, we have this opportunity to pray for the strengthening of the link between the administration of our laws and the ultimate justice that is the gift of God,” he said.

The cardinal, who offered his resignation as archbishop of Westminster to Pope Francis on turning 75 years of age in November, said that social and cultural tensions were being laid bare with “increasing bluntness.”

“Free, reasoned discussion is difficult to sustain, due in part to the ways in which views, convictions, resentments, are expressed, and in part to an increasing practice of listening only to those with whom we agree,” he said.

“The echo chambers of social media can contribute to the corrosion of intelligent discourse and respectful dialogue.”

“This undermining of the deeper bonds of society is often expressed in the language of individual rights. There is, of course, a proper desire for the exploration of such rights, for a recovery of those that have been lost, or an establishment of those that have never been recognized. And this often becomes the work of our courts of law.”

Nichols, the president of the English and Welsh bishops’ conference, said that faith could contribute to society by “the insistent proclamation of the transcendent dimension of the human person, of the truth that every person is made in the image and likeness of God, comes from God and is destined for God.”

“This truth of humanity is the source of our strong and unrelenting affirmation of the innate dignity of every human being,” he commented.

“This is the witness of our faith: that every person is endowed with a dignity which rises from the Creator, and that without that horizon the dignity, and the duties associated with it, may easily be lost.”

“Without that horizon, the esteem attributed to people will depend not on that first and fundamental criterion, but on their perceived usefulness, or on their access to a claim of rights.”

Antidotes to the Cultural Poison T...