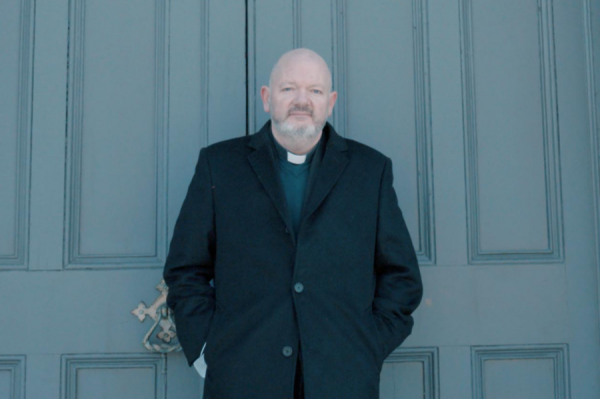 Judge Lord Braid overturned the ban on March 24 in response to a challenge by 27 faith leaders, alongside Glasgow Catholic priest Canon Tom White.

He had heard their challenge on March 11-12 at the Court of Session in Edinburgh.

The ruling came a day after the Scottish government announced that public worship could resume from March 26 with a cap of 50 people.

But Lord Braid issued the ruling with immediate effect, meaning that Catholic churches can reopen for public Masses March 24, the Vigil of the Solemnity of the Annunciation.

Canon White is dean of the City East St Alphonsus Church in Glasgow. His parish includes three of the most deprived areas of the U.K.

He said: “I’m overjoyed to hear that the court has understood the essential need to protect not only the physical and material health of our society but also its spiritual needs and therefore overturned the disproportionate, unnecessary and unlawful blanket ban on public worship.”

“This decision highlights the significance of the Church’s role in society. Now, we can trust that our fragile and damaged communities will never again be left without the church as a source of hope, comfort, and vital spiritual nourishment in times of crisis.”

“I’m grateful to all across Scotland and beyond who have offered their financial support for my case, and who have faithfully prayed with me for church doors to be reopened. Thanks be to God for this wonderful news!”

Public worship was first suspended in Scotland on March 19, 2020. Masses with congregations were permitted again from July 15, but subject to a 50-person limit.

White’s legal challenge was presented by Aidan O’Neill, Q.C., who called the ban “an extraordinary abuse of the state’s power.”

“[The blanket ban] has a fundamental chilling impact on worship and belief. It requires people in good conscience to choose between God and Caesar,” O’Neill said.

Ryan Christopher, director of the Christian legal group ADF UK, which backed the case, said: “We celebrate this decision with Canon Tom White, because the court has recognized that which the government did not — that freedom of religion and belief is a human right to be afforded the highest protection.”

“In declaring the ban to be ‘unlawful,’ the court helps ensure that people of faith will not again have their rights erased in this way. We congratulate the Canon and the other faith leaders involved for having the courage to take this necessary challenge forward, and securing protection for churches across Scotland for the future.”