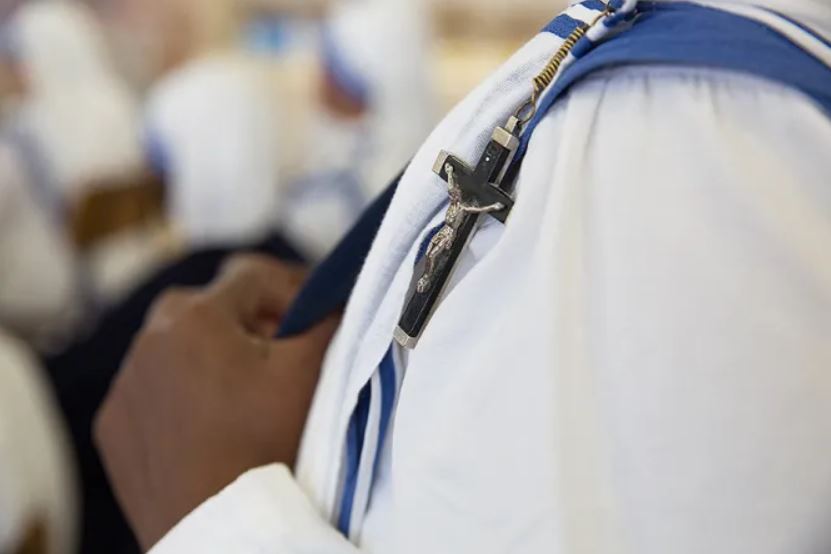 The Missionaries of Charity have begun to ration their distribution of food and other items to the poor in the wake of the Indian government’s decision that they and other non-profits are no longer eligible to receive donations from abroad.

The missionaries normally help some 600 people at their Kolkata motherhouse and their children’s orphanage Shishu Bhavan. Their breakfast on Jan. 2 was one hour shorter than usual, meaning some missed tea, bread, and eggs, according to the U.S. Conference of Catholic Bishops’ Catholic News Service.

Abdul Razzak, a 45-year-old beggar, has waited outside the motherhouse since Christmas to try to get food and medicine from the missionaries. He has received a daily meal there since the coronavirus pandemic began, according to Catholic News Service. Razzak said the sisters told him and others in need “that we might not be able to collect the food any longer.”

One woman and her family normally collect food at the Kolkata orphanage. They survive the winter due to provisions from the Missionaries of Charity, but now they are worried that they might not survive winter. Expected blankets did not arrive. The mother, Rosy, lives on the street with her blind husband and four children eight years old and younger.

While foreign donations are not allowed at the moment, donations from within India help some work continue, like in the neighboring state of Odisha, formerly known as Orissa.

“The state government of Orissa has confirmed that their supplies will keep going in these difficult times,” Sister Dominic Mary, an Odisha-based Missionary of Charity, told Catholic News Service. “If other state governments also support us, maybe this phase will pass,” she said.

On Dec. 25 India’s Ministry of Home Affairs ruled that the Missionaries of Charity no longer met eligibility requirements for foreign donations under the Foreign Contributions Regulation Act. Authorities later cited unspecified “adverse inputs” during the organization’s application to renew its status.

The move prompted surprise and concern from supporters of the Albanian-born Mother Teresa’s Kolkata-based Missionaries of Charity. Mother Teresa became world famous for her work serving the poor and abandoned of Kolkata’s slums. She died in September 1997 and Pope Francis canonized her in 2016 as St. Teresa of Calcutta.

Since Mother Teresa founded the first Missionaries of Charity community in 1950, the organization has grown to hundreds of houses worldwide. Its membership includes religious sisters and brothers and priests, plus a lay organization.

Foreign donations to the Missionaries of Charity in India made up more than $13 million for the financial year ending in March 2021, its filings said. The organization does not publicly report its total income, according to the New York Times.

Last week Sunita Kumar, a spokeswoman for the Missionaries of Charity in Kolkata, told the New York Times she was confident the problem with legal eligibility could be resolved. She had indicated that funding for the missionaries’ work would not be affected immediately due to local support.

These legal problems come amid political, social and religious tensions. India’s national government and many state governments are headed by members of the Bharatiya Janata Party, which promotes a strident nationalist vision of Hinduism.

Eight Indian states have passed purported anti-conversion laws. Some critics of Christianity and other minority religions in India make allegations of forced conversion or proselytism, inducing conversion through fear, bribery, or the superstitious use of healing prayers. Christian critics worry that the claims are used to portray all Christians in a bad light.

Police in Gujarat, a western state of India, are investigating a complaint that girls at a Missionaries of Charity-run shelter home were forced to read the Bible and wear a cross.

Kumar, the spokeswoman for the Missionaries of Charity in Kolkata, rejected that allegation in comments to the New York Times.

“I’ve worked here for 45 years, and nothing like that has ever happened,” she said.

There have also been problems with religious extremism. Around Christmas 2021, vigilante Hindu groups engaged in protests, church disruptions, harassment and vandalism. Some smashed statues of Christ or burned effigies of Santa Claus or accused Christians of using Christmas gifts and festivities to induce or force Hindus to convert, The Guardian reports.

In 2020, for the first time in more than a decade, the U.S. Commission on International Religious Freedom listed India as a “country of particular concern” for religious freedom. India, the world’s second-most populous country after China, is ranked 10th on the World Watch List for the persecution of Christians compiled by the advocacy group Open Doors.

Christians in India were the targets of 305 violent incidents in the past nine months, according to an October 2021 report from United Against Hate, the Association for Protection of Civil Rights, and the United Christian Forum

India’s government recently cancelled the renewal applications from 179 organizations for alleged violations and another 5,700 did not apply for renewal by the Dec. 31 deadline.

Among those who face problems like the Missionaries of Charity is Oxfam India, the local branch of the U.K. charity giant, which has been working in India since 1951. The organization said the ban on its license to receive funds from overseas means its work will be “severely affected,” BBC News reports.

From the Peripheries of ‘Tradition...