In London Deal Indictment, What is Missing Has a Meaning, Too 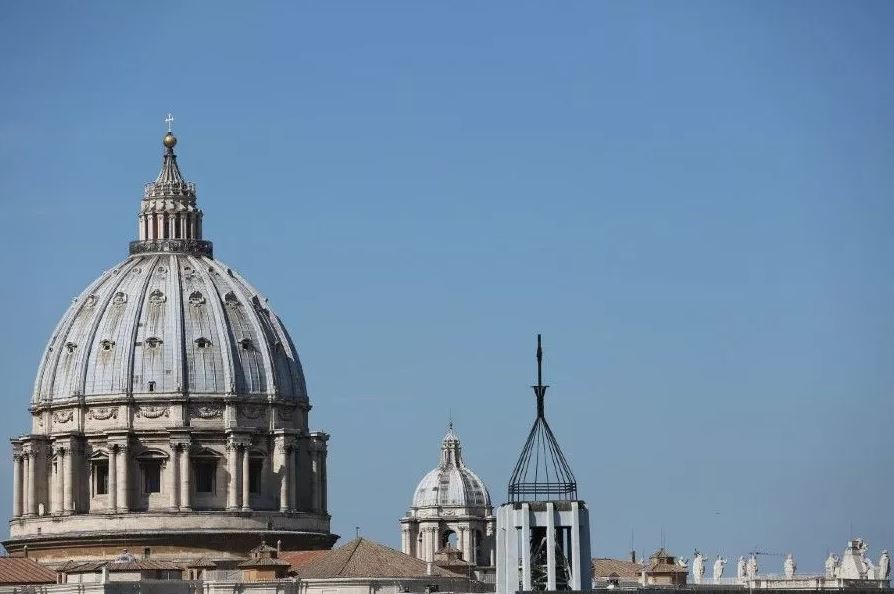 In London Deal Indictment, What is Missing Has a Meaning, Too

The “London deal” is about a Secretariat of State 350 million-euro investment in a London luxury real estate.

VATICAN CITY — The unprecedented indictment of a cardinal and nine people in the so-called Vatican-London deal is noteworthy as much for what is missing in it as for what it contains.

The 487 pages of the indictment order filed by the Vatican prosecutor go deep into the investigation, provide details on the interrogations (there have been 57 involving some 40 different people), and explain why the indictments are ordered.

But two missing elements are equally relevant: the indictment of Monsignor Alberto Perlasca; and the reaction of the Vatican prosecutors to a British court order that last March overturned a British lower court earlier decision of freezing Gianluigi Torzi’s accounts, as requested by Vatican prosecutors.

The “London deal” is about a Secretariat of State 350 million-euro investment in a London luxury real estate.

Gianluigi Torzi was one of the brokers involved in the purchase: he is now indicted with charges of extortion, embezzlement, fraud, misappropriation, money laundering, and self-money laundering. According to the Vatican prosecutors, he extorted 15 million euros from the Secretariat of State as a condition to turn over his stakes on the London property.

Monsignor Perlasca was in charge of the Vatican Secretariat of State investments for ten years and was aware of every single financial move; but in June 2019, he was suddenly appointed “deputy promotor of Justice of the Apostolic Signatura.” The move wasn’t a promotion, but just a “side” move.

Although it was not public yet, the investigations over the London property had already begun by that time. But Msgr. Perlasca was not among the five Vatican officials suspended after the search and seizure in the Secretariat of State and the Financial Intelligence Authority in October 2019.

However, in February 2020, Msgr. Perlasca was subjected to a search and seizure too. A release by the Holy See Press Office read that “after a search order by the Vatican Promotor of Justice, Msgr. Perlasca’s documents and computer equipment were seized both at his office and home.”

Later on, the regular update of the “Annuario Pontificio,” the Vatican Yearbook, noted that Msgr. Perlasca was back in his diocese of Como, meaning that he no longer had Vatican positions.

In an interview he granted in June to the Italian newspaper Il Giornale, Msgr. Perlasca said that back the Secretariat of State, he could give orders only “along with a superior” and therefore he could not make any financial decision on his own. He also stressed that “as soon as Mr. Torzi’s request (for 15 million euros) was made, I clearly said that we had to sue him, since his requests were unjustified, and were evidently blackmail. But, unfortunately, I was the only one to say that. So there was a negotiation instead.”

Monsignor Perlasca was therefore cleared from any charge and not indicted. However, he has not been rehabilitated yet. He is living in the Domus Sanctae Marthae and not in his home diocese. He is out of the diplomatic service of the Holy See, with no Vatican position and formally incardinated in the Diocese of Como. Will the full rehabilitation come at the end of the trial?

Baumgartner raised some questions. He asked why, if Torzi was considered a hustler, he could meet the Pope and was treated with courtesy. And why, the British judge went on, Archbishop Edgar Peña Parra, the deputy of the Secretariat of State, gave 15 million to Torzi in exchange for his shares of the London real estate, which was formally in the Vatican hands?

The London ruling also included an email by Archbishop Peña Parra to Gianluigi Torzi sent on Jan. 22, 2019. Torzi asked for 20 million euros to leave his shares, and the Secretariat of State offered 5.5 million euros. Peña Parra also wrote to Torzi that he was “convinced that the amount is adequate and congruous unless the parties raised other issues.” Peña Parra also wrote that “as agreed, we want to close the issue in the shortest time possible, and so I have full confidence in your collaboration.”

According to Baumgartner, that email proves there was an ongoing negotiation. Instead, the Vatican prosecutor writes that the email came in a heated climate and that it “seems to be a Secretariat of State’s pleading to Torzi.”

Baumgartner had also noted that “an applicant to this court for a restraint order relying on external requests should be careful in relying upon facts unverified or unsupported by direct evidence, and should not unhesitatingly rely upon assertions that are not properly established on the facts.”

The Vatican prosecutors strongly rejected that their conclusions are “unsupported by direct evidence.”

In the end, there is a clash between the interpretation of evidence made by the Vatican prosecutor and at least one foreign court. The question is, can the evidence be reliable then? On which objective basis will the trial be based?

There are other questions regarding the investigation. Initially, it was said that the pope did not know about the London real estate investment, nor had he ever met some of the protagonists involved in the operation.

When a photo of the pope with Torzi emerged, taken one Christmas time in Santa Marta, it was said that the pope met Torzi, but he knew nothing of the operation underway.

Finally, in response to the Associated Press, the Vatican Tribunal said the pope had entered the room where negotiations were taking place to liquidate Torzi‘s holdings in the Holy See’s real estate companies and invited everyone to find a solution. Giuseppe Milanese, owner of a cooperative society and a personal friend of the pope, was a mediator for the agreement. In an interview with the Italian television program Report, broadcast at the end of April, he said that the pope asked the parts to find an agreement “at the right amount of payment.”

If the pope knew and spoke about a payment, can Torzi’s action be described as blackmail, or just part of the negotiation? And also: if the pope was aware of everything and had authorized the operation, why the investigation?

Finally: if Archbishop Edgar Peña Parra was aware and had endorsed the whole operation, why wasn’t he too included in the investigation?

These details might put into question the accusatory framework of the Vatican prosecutor.

The first hearing of the trial will take place on July 27, and hopefully, these questions will find answers.