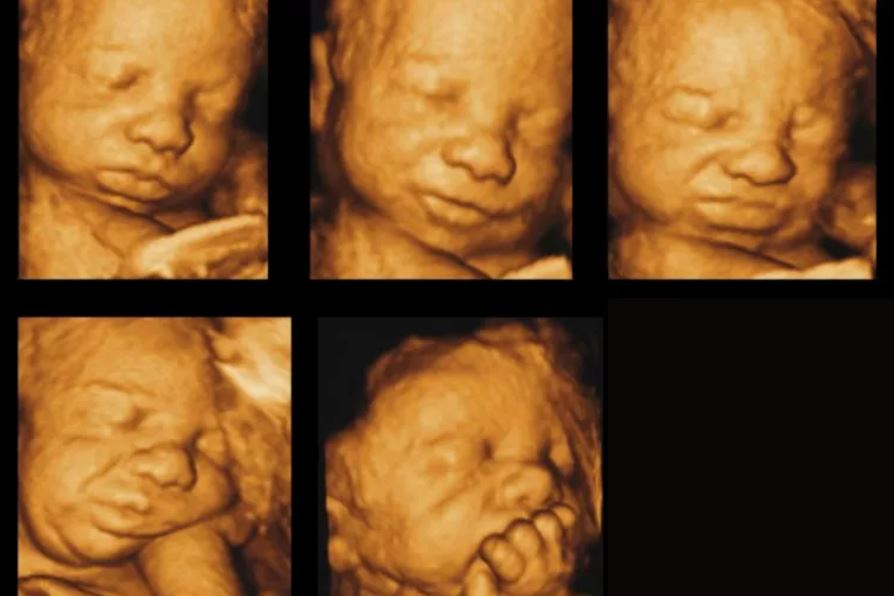 A new brief supporting Mississippi’s 15-week abortion ban offers the high court a ‘clear window into the womb to witness the humanity of the unborn child.’

In a late-night 5-4 ruling, the Supreme Court ruled Wednesday against blocking the enactment of the Texas Heartbeat Act after the law had gone into effect the same day. Abortions are now banned in the state at six weeks, after a last-minute appeal brought by pro-abortion advocates on Monday was declined.

The lawyer representing Texas Attorney General Ken Paxton’s office, Heather Hacker, spoke with the Register via email about the act. “The Texas heartbeat law protects babies from abortion after their heartbeat is detected, a position that a recent poll found to be in line with the views of the majority of voters, she said.”

Hacker, who also argued the state’s dismemberment ban case, says the law is unique, telling the Register, “It is different than most other abortion laws because instead of being enforced by the state, it is enforced solely through private individuals bringing lawsuits against those involved in the abortion (but not the pregnant woman).”

After a contentious day, with the pro-life community cheering the new law and abortion advocates pledging to fight it as women were reportedly turned away from abortion facilities inside the Lone Star State, the chasm between the two sides is only widening. And abortion will take center stage again this fall at the Supreme Court with the hearing of Dobbs v. Jackson Women’s Health Organization, regarding Mississippi’s abortion ban at 15 weeks, when babies can perceive pain. Legal scholars say it may be an opportunity for the court to rethink Roe v. Wade and Planned Parenthood v. Casey, the court’s two most significant abortion-related precedents, in light of viability.

Hacker is also playing a pivotal role in the Dobbs case, submitting an amicus brief on behalf of The Catholic Association along with three female physicians. The brief makes the claim that abortion is very controversial today specifically because of the court’s ongoing interventions. Hacker expounded on this while speaking to the Register, saying that overturning Roe and Casey is actually the more “democratic” solution.

“As the court itself has recognized, unelected judges should not be legislating from the bench, and they should certainly not be weighing medical evidence to determine how states can regulate medical procedures. But the court’s abortion jurisprudence requires the court to be the final arbiters on that.” Hacker explained that this puts an undue burden on the states, since they “cannot keep up with cutting-edge science in regulating abortion because it takes the court years to take cases in this area, whereas states can adjust their laws in response to science in every legislative session if needed.”

In considering Casey, Hacker pointed out that the Supreme Court actually believed that by deciding the abortion issue it would be settling the dispute for all Americans, “but that has obviously not proven to be true. By weighing in on one side of a very controversial issue and creating a right not grounded in the history, text or tradition of the Constitution, the court undermines its legitimacy as neutral arbiter of the law.”

View to the Womb

Co-authored with three pro-life doctors who work intimately with the tiniest patients in the womb, the TCA amicus brief integrates a reality that cannot be ignored: pictures. Real-life 3-D and 4-D imaging show an infant in his or her earliest stages. And although not new to the pro-life millennial generation, the pictures are light-years away from the 1973 Roe v. Wade ruling that made abortion the law of the land, and the subsequent 1992 Planned Parenthood v. Casey decision that upheld abortion as a constitutional right while making fetal viability the standard for determining the limit for measure that states can impose restricting that right. As the brief succinctly states: “Roe and Casey’s viability standard is incomplete and outdated according to current science.”

Offering remarkable details surrounding the science of babies in the womb from some of the leading names in neonatal care and maternal health, the brief also addresses euphemisms like “reproductive health” and “women’s choice” used today to protect society from the dark realities of abortion.

These physicians include Dr. Monique Chireau, an OB-GYN who has also worked extensively in global health; Dr. Grazie Christie, who specializes in radiology and also serves as The Catholic Association’s senior policy adviser; and Dr. Colleen Malloy, assistant professor at the Division of Neonatology at Northwestern University’s Feinberg School of Medicine who has performed rare surgeries on babies in utero with great success to correct fetal abnormalities and development issues.

Speaking with the Register about her work, Dr. Malloy said, “The babies are so delicate yet such amazing little fighters.”

Such tiny fighters include remarkable baby Richard Hutchinson making his way into the Guinness Book of World Records after celebrating his first birthday this year. Born at 20 weeks and weighing 11 ounces, the baby was given 0% chance of survival.

“What impresses me most is the resilience and strength of the tiny babies and how even the very premature exhibit different personality traits early on,” Malloy explained.

The use of imaging and pictures is not foreign to the Supreme Court, but it is a rarity, Hacker told the Register. Given the topic of the unborn, such photographic evidence seems most fitting.

“Not only does our brief’s use of images and citation to ultrasound videos demonstrate the undeniable humanity of the unborn child, the images also illustrate the incredible advancements in imaging technology since Roe and Casey that have allowed for cutting-edge developments like fetal therapies and surgery, which show that mainstream medicine views the fetus as a patient and treats it as pain-capable — the only exception being when the baby is slated to die in abortion. That contradiction is attributable to the Casey standard and shows why it is unworkable and should be reconsidered.”

With more than 20 years’ experience as a practicing obstetrician-gynecologist with experience in international health and policy and research in women’s health, Dr. Chireau says it’s impossible not to consider the health of both mother and child throughout the full nine months of pregnancy.

With infants at 21 weeks gestation now being capable of surviving with proper medical treatment, “When a pregnant woman comes to a physician for care, both the woman and her unborn child are patients,” she said. “To kill a patient is — or should be — anathema for a physician,” she said, adding: “To do so using a repugnant dismemberment procedure such as D&E should be even more so.”

The use of ultrasound in the brief should serve well for the Supreme Court’s consideration, Chireau said — and help the American public to understand life in utero. As the brief states, “4D-technology also shows fleeting expressions: the grimace of a cry, a frown wrinkling the forehead, a curve of the lips into a smile. The baby’s mouth opens, and we can even see the tongue moving. These detailed images have opened a window into the womb, allowing us to witness the human form of the child.”

Chireau elaborated, “I hope that the ultrasound imaging in the brief will help the American public to see the beauty and humanity of the developing child. I hope that the images will make it clear that an unborn child is not a ‘clump of cells’ or ‘tissue’ or a parasite upon the mother; and, further, that he or she is recognizably human, just as we all were at an earlier stage in our development, and therefore deserves to take their first breath, to be nurtured and to grow up, as we did.”

Dr. Christie, who spends her day assessing ultrasounds  of her “tiny patients,” says it’s time for the nation’s abortion laws to reflect today’s current modern technology. “Ultrasound was in its infancy in 1973 when Roe was decided. The question of when life begins was understandably hazy in many people’s minds, even in the mind of Justice [Harry] Blackmun, who wrote the opinion,” Christie told the Register.

“Now, however, ultrasound has established the liveliness and humanity of the fetus at 15 weeks as something incontrovertible. All the world has seen the delightful image of the second-trimester baby in her mother’s womb, kicking, moving, living.”

“It’s time for our abortion laws to acknowledge this reality, she added.

As the understanding of fetal pain has grown, especially within the last 10 years, one of Christie’s greatest concerns is that people understand what abortion does to infants in the womb and the horrific pain babies feel. “We are a compassionate people, and our laws should be allowed to reflect our compassion,” Christie said.

Chireau believes this compassion for the unborn is where the U.S. falls short. Also currently serving as deputy assistant administrator in the Bureau for Global Health at the U.S. Agency for International Development (USAID), Chireau’s understanding of global health and abortion restrictions around the world is comprehensive.

“I think that the U.S. lags behind most other countries in terms of abortion legislation, limits on abortion and recognition of abortion’s harms to women, and therefore in respecting the health and dignity of mothers and babies.” She says the U.S. has some of the most extreme and expansive abortion permissions across the globe.

“The United States is one of only seven countries allowing elective abortion after 20 weeks (the others are Canada, China, the Netherlands, North Korea, Singapore, Cuba, and Vietnam),” Chireau said. “It is a fact that second-trimester abortion, in particular D&E, is associated with significant risks for maternal mortality and severe maternal morbidity and a gruesome cause of death for the unborn child.”

Viability and the Truth in Science

Given Mississippi’s 15-week ban, the state has an interest in protecting the life of a child because of what we know given the science, the brief’s authors note. As the brief explains, “At 15 weeks gestation, all major organs are formed and functioning, including the liver, kidneys, pancreas, and brain.”

Pope Francis just this week in a wide-ranging new interview, spoke about abortion and the indisputable science saying, “And with regard to the case of abortion … I say this: any embryology manual given to a medical student in medical school says that by the third week of conception, sometimes before the mother realizes [that she is pregnant], all the organs in the embryo are already outlined, even the DNA. It is a life. A human life. Some say, ‘It’s not a person.’ It is a human life.”

Speaking with the Register about the importance of Dobbs, Hacker explained, “This case presents the cleanest opportunity in recent years for the court to reevaluate its abortion jurisprudence. Casey says that states may not prohibit abortion before viability because that’s when the balance between the state’s interest and the woman’s right tips — but science has shown that the states have equally strong interests in prohibiting abortion earlier than that.”

And such laws are surging within states across the country. Earlier this year, the nation witnessed an unprecedented amount of pro-life legislation being introduced. A report published by the Guttmacher Institute, which supports abortion, recorded at least 536 pro-life bills that have been introduced in 46 states in the year 2021, along with more than 61 new pro-life laws. Several laws are similar to the Mississippi abortion ban and the heartbeat bills like the one now in effect in Texas.

As Hacker told the Register, these bills all reflect a deeper knowledge of life inside the womb and the science behind a baby perceiving pain.

“Science shows that Casey’s standard is outdated, and this case is the perfect opportunity for the [Supreme] Court to reevaluate it.”

Psaki Rebukes EWTN Reporter Who As...