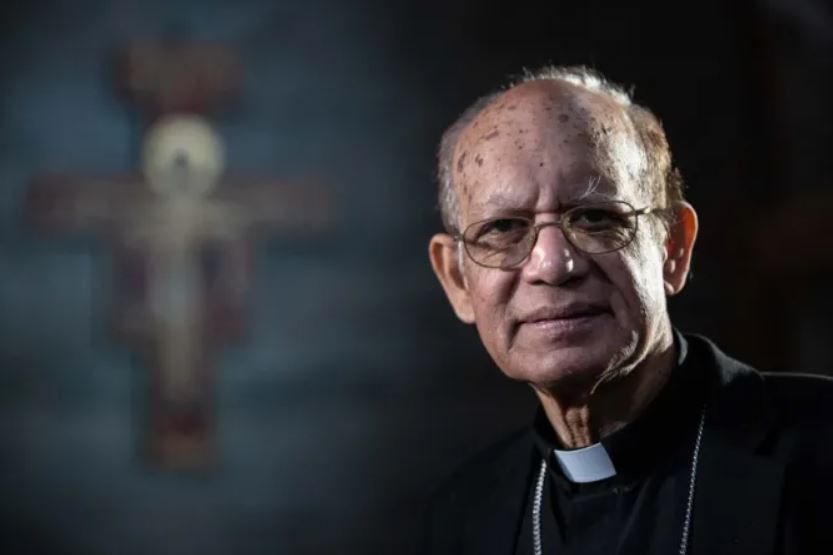 Cardinal Oswald Gracias, Archbishop of Bombay and President of the Conference of Catholic Bishops of India. / Daniel Ibáñez/CNA

A Catholic group has urged India’s bishops to highlight recent attacks on the country’s Christians.

In a letter dated Jan. 10, members of the Forum for Justice and Peace claimed that the Catholic Bishops’ Conference of India (CBCI) had responded to rising anti-Christian violence with “complete silence.”

“During the two days Dec. 24-25, the media reported seven well-planned attacks on Christian institutions across the country,” they wrote.

“In fact, in the year 2021, there were 486 incidents of violence against the Christian community in India, according to the United Christian Front. What shocks us is the complete silence on the part of the official Church, the CBCI.”

The letter was addressed to Cardinal Oswald Gracias, the president of the CBCI and a member of Pope Francis’ Council of Cardinal Advisers.

India, the world’s second-most populous country after China, is ranked as the 10th worst country in the world in which to be a Christian by the advocacy group Open Doors.

A report published by three civil rights groups in October 2021 concluded that Christians faced persecution in 21 of the country’s 28 states.

The Forum for Justice and Peace, whose members belong to Catholic religious communities, connected violence against Christians to attacks on Muslims, India’s largest minority community.

“We request you to guide the Catholic community in India to respond to the increasing hate speech and violence against Muslims and Christians,” they wrote.

“When Muslims were lynched by the right-wing groups, the Church in India remained silent. Now, these groups have intensified their attacks on Christians.”

“We are of the view that we Catholics cannot remain silent spectators when the drama of violent attacks against the minorities is unfolding before us. We need to act and fulfill our prophetic role before it is too late.”

The letter was signed by Father Antony F. Thekkiniyath, O.F.M. Cap., and Sister Dorothy Fernandes, P.B.V.M., respectively the national secretary and national convenor of the Forum for Justice and Peace.

The authors asked Gracias, archbishop of Bombay since 2006, to adopt a seven-point plan to help persecuted Indian Christians.

The proposals included writing to India’s Prime Minister Narendra Modi, who invited the pope to India in October, urging him to order local leaders “to prevent such atrocities in future and to bring to book the culprits who are involved in these crimes.”

They also called for the swift denunciation of acts of anti-Christian violence by the bishops’ conference, a day of public fasting, and protest rallies.

“The violent acts against the Christian community and Muslim community or any other minority group are in complete violation of the law of the land and the Indian constitution,” the letter said.

“If we do not respond to such acts, the secular fabric of India will be lost, causing irreparable damage to the people of India, and an inclusive, democratic and pluralistic India as envisioned in the preamble of the Indian constitution could be lost forever.”