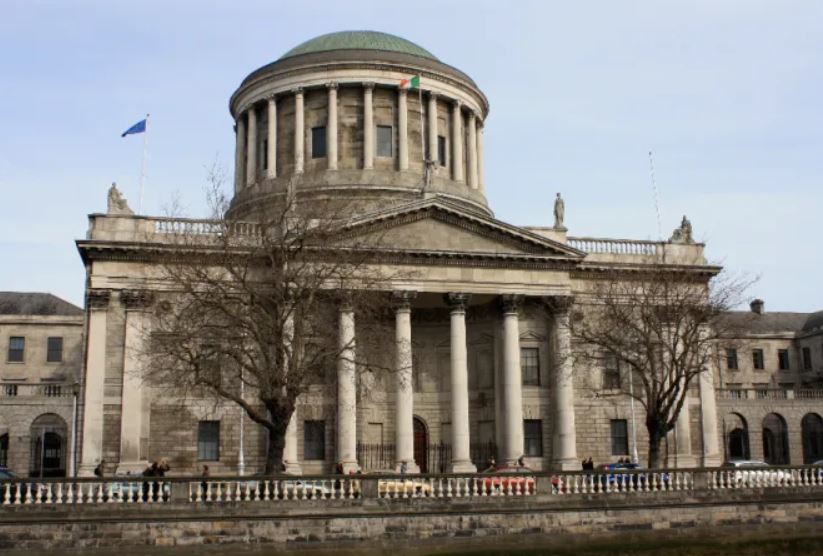 The Four Courts in Dublin, the principal seat of Ireland’s High Court. / Pastor Sam (CC BY 3.0).

Ireland’s High Court will hear a case later this month involving a couple who claim that their unborn child was aborted after they were mistakenly told that it had a fatal fetal abnormality.

The Irish Times reported June 8 that the case is scheduled to be heard for at least five days from June 22 at the court in the capital, Dublin.

The newspaper said that the couple’s lawyers applied to the court on Tuesday for a hybrid hearing, held both in-person and via video link.

The couple launched separate actions seeking damages against Merrion Fetal Health, a private clinic in Dublin, five of its medical consultants, and the National Maternity Hospital, with which the clinic is affiliated.

The Greater Glasgow Health Board in Scotland has also been named as a defendant as its lab is alleged to have performed tests related to the couple’s claims.

All the defendants deny any wrongdoing and will completely contest the case.

Ireland’s constitution, which previously recognized the right to life of the unborn, was amended to say that “Provision may be made by law for the regulation of termination of pregnancy.”

A total of 6,666 abortions were performed in the country in the first year following the repeal.

According to the Irish Times, the woman alleges in her action that she underwent a 12-week scan on Feb. 21, 2019. A week later, she claims that she was told that a DNA test had detected Trisomy 18, a chromosomal condition also known as Edwards syndrome.

She says that after a further scan, she was advised to undergo a prenatal test known as chorionic villus sampling (CVS) in which a sample is removed from the placenta.

She claims that her consultant told her that the pregnancy was not viable and that it was not necessary to wait for the results of a karyotype test, which examines chromosomes for genetic disorders.

She says that as a result the abortion was performed at the clinic on March 14, 2019.

She alleges that she later received the results of the karyotype test, which showed that her unborn child did not have Trisomy 18 and was a healthy boy.

The High Court is the third tier in Ireland’s courts system. Cases are usually heard and decided by one judge.