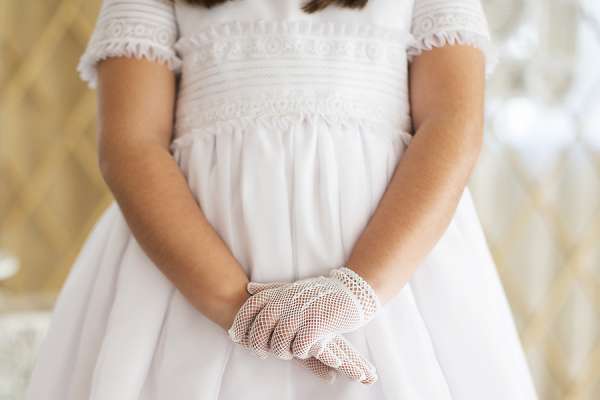 Derry, Northern Ireland, Mar 25, 2021 / 06:01 pm (CNA).- The Diocese of Derry has announced that First Communions, customarily held in spring, will be postponed so as to discourage associated parties and other social gatherings.

The Derry diocese, whose see is in Northern Ireland but which extends into the Republic Ireland, has announced that the sacrament will be delayed until September.

Bishop Donal McKeown of Derry said that while parties have no strict correlation to the sacrament, First Communion is often followed by celebratory gatherings.

“I am concerned about the parties and other socialising which, although completely disconnected from the celebration of the sacraments and the environs of the church, can and often do occur,” he wrote in a letter to his presbyterate.

He said the decision has come after much deliberation, and he emphasized the Church’s role in providing protection for people.

The Church should “go the extra step to assist in protecting public health by avoiding those situations which might with some regularity lead people to organise parties,” he said.

“I do not take this decision lightly, but I am conscious that we must do everything we can to ensure that life is protected in the midst of this pandemic, noting that there has been some upturn in case numbers locally in recent days,” he said.

The bishop said it will be acceptable for parishes to make provisional arrangements for Confirmations in June. He said he would review and confirm this decision in May.

Bishop McKeown said return to normalcy “will be slow and, in order to hold the progress that we have made towards normal practice of faith, patience will be needed in relation to the pace of such change.”

In Northern Irish portion of the Derry diocese, public worship is due to resume March 26. The Republic of Ireland has yet to permit public worship.