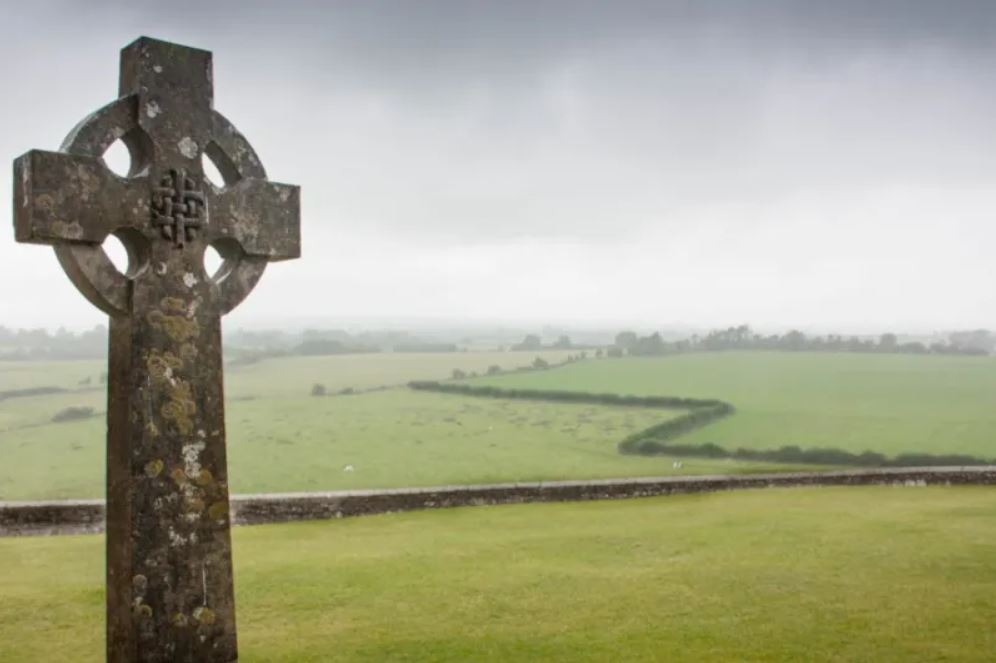 Legitimate religious practice could fall under a too-broad ban on “conversion therapy” backed by LGBT activists in Ireland and Northern Ireland, critics have said.

Fr. Phillip Bochanski, executive director of Courage International, told CNA April 23 that the Irish bill in effect it will “restrict the freedom, and often the willingness, of pastoral ministers and other people of faith and good will to speak, in public or one-on-one, about what the Word of God has to say on issues of sexual morality, attraction and identity.”

“They will not be the only ones intimidated, however,” added Bochanski, whose Catholic apostolate ministers to Catholics with same-sex attraction. “Ultimately, legislation like this, and the rhetoric that accompanies it, will make it less likely that people experiencing same-sex attractions or gender identity discordance will seek out the pastoral care that they need and deserve.  I hope that those who propose the legislation will come to realize that it may end up hurting some of the very people whom they say they are trying to protect.”

In the Republic of Ireland, a bill first introduced in 2018 is still in committee in the 60-seat Senate. The bill, proposed by Sinn Fein’s Sen. Fintan Warfield, has close to 20 senators as co-sponsors.

Bochanksi said the Senate alleged that Courage practiced conversion therapy in discussions over the bill.

Minister for Children Roderic O’Gorman told the Irish newspaper The Journal that the government “must be proactive in banning practices that not only propagandize harmful and discriminatory messages, but ones that also have serious negative consequences on a young person’s mental health, with the potential to inflict long-lasting damage.”

“Legislating for a ban on conversion therapy will send a clear and unambiguous message to everyone, both younger and older, that a person’s sexual orientation, gender identity or gender expression is not up for debate,” O’Gorman said.

Bochanski told CNA the Irish proposal resembles legislation in several U.S. states and other countries and defines ‘conversion therapy’ much too broadly.

“Rather than restricting itself to protecting people from harmful treatment that would clearly be considered professional malpractice or even assault, it defines ‘conversion therapy’ to encompass ‘any practice or treatment by any person’ that addresses a person’s experience of same-sex attraction or gender identity discordance, unless it affirms that person’s identity as LGBTQ,” he said.

“Whether by accident or intentionally, the plain language of the bill – ‘any practice’ — could easily be construed to include conversations in pastoral settings, homilies, catechesis of children or adults, or even the advice given to a person in confession, if these present the Church’s teaching about sexual attraction, sexual identity, and chastity,” said Bochanski. “Surely there are other ways that the state can protect people from harm without so widely chilling honest conversation and compassionate pastoral care.”

Bochanski said backers of a ban often use several definitions of “conversion therapy.” In discussions for the general public, advocates of a ban “typically focus on stories of horrible treatment carried out by individuals and groups (some religious, some secular) with little or no psychological training or expertise.”

“Such stories, which have been featured in articles, books and blog posts, as well as news documentaries and feature films like ‘Boy Erased,’ are alleged to include ‘boot camps’ and other programs that use public confession, physical and mental punishments, exposure to pornography, shaming and other techniques to ‘make a person straight’,” said the priest. “Such harmful practices deserve the condemnation of the Church’s pastors, and regulation by the State, which has a duty to protect its people from harm,” he said.

However, the bills are often presented to legislatures in terms of “regulating medical doctors, psychiatrists and psychologists, and others in the healing professions.”

“People seek the help of such professionals for various motives: to better understand and meet their emotional and relational needs; to find healing for wounds of trauma, abuse or neglect; and to overcome bad habits of anger, greed, lust or intemperance,” said Bochanski. “People who are troubled by their experience of same-sex attractions or gender identity discordance sometimes seek out therapy to understand this experience better and to achieve the integration of sexuality that is at the heart of the Church’s definition of chastity.  But unless the counselor affirms that such experiences are natural, inborn and perfectly healthy, their discussions with their patients or clients are often considered ‘conversion therapy’.”

Both political rhetoric and the legislative scope of the bill are likely to have broad influence, Bochanski said, and there is a risk of mischaracterizing Catholic approaches.

“Proponents of the legislation have been increasingly successful in convincing the general public that whenever a parish priest, a college chaplain, or an apostolate like Courage talks to someone about the importance of living virtuously and choosing chaste friendship instead of same-sex intimate relationships, what they’re really doing is practicing ‘conversion therapy’,” he said. “This is a serious mischaracterization, and gives people the mistaken impression that the Church and its ministers are intentionally harming people and trying to ‘pray away the gay’.”

There is some question over what practices even have existed in Ireland. The Irish government’s Department for Equality told The Irish Catholic that the prevalence of conversion therapy is not known.

Patricia Casey, a professor of psychiatry at University College Dublin, told The Irish Catholic she has “never seen conversion therapy for gay people in Ireland or Britain, in my whole career.” She objected that the bill is an “unacceptable intrusion” into psychology, suggesting that it appeared to be “a ruse to try and promote more gender ideology.”

The evangelical Christian groups Affinity and the Fellowship of Evangelical Churches also criticized the Irish bill. The ban’s backers include the Anti-Conversion Therapy Coalition, which is active in both Northern Ireland and in the Republic of Ireland.

On April 20 the Northern Ireland Assembly passed a non-binding resolution calling for a ban on conversion therapy “in all its forms.” The motion, which passed 59-24, said that “it is fundamentally wrong to view our LGBTQ community as requiring a fix or cure,” BBC News reports. It called on Communities Minister Deirdre Hargery to put forward legislation to ban the practice. The assembly rejected an amendment that said “legitimate religious activities” like preaching, prayer and pastoral support do not constitute conversion therapy.

The Anti-Conversion Therapy Coalition opposed the protection for religion in the Northern Ireland resolution, saying it would allow “for religious reasons to be used as an exemption to practice conversion therapy, on the grounds that it is religious practice.”

“We believe that this will create a loophole that will be utilized in a way that is contradictory to the ideals of (the coalition), and to the rights and wellbeing of LGBTQ+ in Northern Ireland,” it said in an April 17 statement.

While the Northern Ireland Assembly has significant local control, the U.K. Parliament could put forward legislation to govern other parts of the United Kingdom. Prime Minister Teresa May’s government backed a ban on “conversion therapy” in 2018, while Prime Minister Boris Johnson last summer said plans for a ban would be advanced, BBC News reports. Several LGBT activists have resigned from the government’s LGBT advisory panel, claiming the government is not proceeding fast enough.

The push for a “conversion therapy” ban could face complications with the success of a legal challenge to transgender medical practices on minors.

In December 2020 the U.K.’s high court ruled that children are unlikely to be mature enough to give informed consent to medical treatment involving drugs that delay puberty. The case was brought by claimants including Keira Bell, a woman who for a time identified as male. She received puberty blockers at age 16 after just three one-hour appointments, then received hormonal treatments at age 17. She had a double mastectomy at the age of 20.

She now questions the medical treatment and refers to the treatments she received as “a tortuous and unnecessary path that is permanent and life-changing.”

The Crazy, True Story of How the C...