Is Money Laundering the Reason for Unexplained Funds Transfer from the Vatican to Australia? 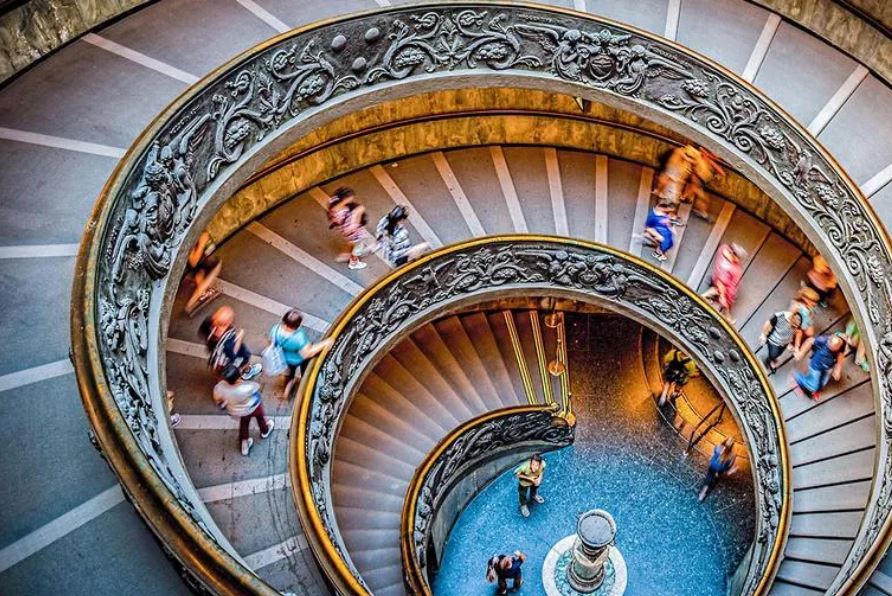 Is Money Laundering the Reason for Unexplained Funds Transfer from the Vatican to Australia?

Senior Vatican officials tell the Register they are continuing to investigate reports that $1.8 billion was wired between 2014 and 2020, but what happened and why remains very unclear.

VATICAN CITY — Vatican investigators have claimed that a report showing $1.8 billion was wired from the Vatican to Australia from 2014 to 2020 is “significantly” overestimated, but many questions remain about the transfers, which some experts say point to money laundering and organized crime involvement.

The Australian newspaper, which first broke the story of the transactions, reported Jan. 6 that the country’s financial crime regulator — the Australian Transaction Reports and Analysis Centre (Austrac) — has been working closely with the Holy See’s financial intelligence unit and found “anomalies” in the figures, which are expected to be revised soon.

The Vatican confirmed to the Register Jan. 7 that contacts between its Financial Information and Supervision Authority and Austrac “are ongoing” with a view to “examining the data provided by the latter in recent days.”

Details of the alleged $1.8 billion, made in 47,000 separate transfers, emerged just before Christmas when Austrac presented the figures in response to a request from Australian senator Concetta Fierravanti-Wells.

The senator said on receiving the figures last month it was important to “know where the money went,” and noted that the transfers “accelerated” when former Vatican treasurer Cardinal George Pell was facing investigations in Australia “and peaked when he was sidelined from financial control of the Vatican while facing charges and trial in Australia.”

According to Austrac, the alleged transfers from the Vatican doubled every year from 2014, beginning with $54.1 million and peaking at $439.3 million in 2017. Another $913.4 million was allegedly added from 2018 until the financial year to date.

In comments to the Register on Dec. 24, Vatican Secretary of State Cardinal Pietro Parolin said he was “not in a position” to answer questions relating to the transfers “since neither I personally, nor the Vatican administrations that I have consulted in this regard, knew anything about the information.”

“We are trying to see what we can find out,” the cardinal added.

Archbishop Nunzio Galantino, president of APSA, which manages the Holy See’s real estate and financial investments, also denied knowledge of the fund transfers, telling the Register Jan. 4 that only a sum “not exceeding 800,000 euros [$980,000]” was transferred to Australia “during the years indicated.”

All those transactions were “trackable and traceable” he said, “since they are salaries, pensions, travel reimbursements, nunciature expenses and two transfers of 100,000 [euros] each to an IT company.”

Archbishop Galantino stressed that the funds reported by Austrac did not therefore come from Vatican City and referred to an official quoted in the Spanish-language web portal Religión Digital as saying that the stated “amount of money” and “number of transfers did not come out of Vatican City.”

Church leaders in Australia said they were also unaware of the transfers and were surprised by the news. Archbishop Mark Coleridge, president of the Australian bishops’ conference, told The Australian they were “astonished at the scale of transfers. We are baffled.”

In a message sent to Pope Francis on Christmas Eve, the bishops asked the Holy Father for an explanation for the transfers and confirmed that none of the discovered funds discovered went to Church institutions.

Various theories surround the origins and purposes of these transfers. One suspicion is that the money relates to “ciphered accounts” connected with APSA. The accounts, first reported by an official under oath in 2007, came to prominence in the 2010s after Msgr. Nunzio Scarano, a Vatican accountant at APSA who was arrested for transporting 20 million euros back to Italy from Switzerland, mentioned them in court proceedings and interviews.

Msgr. Scarano, who was given a three-year sentence for defamation in 2019 but claimed he himself was a victim of corruption, told La Repubblicain 2015 that laypersons held funds at APSA “hidden behind numbered accounts, foundations, indexes, letters of the alphabet.” He said the accounts at that time belonged to friends and collaborators of a colleague at APSA, and included some “distinguished names.”

The benefits of such accounts were that they were difficult to track. They were “exempt from taxation and laws of another state, and so the money can enter and leave the Vatican in the name of APSA,” Msgr. Scarano said. He added that “a great deal” of money passed through them and, in reference to money laundering, said they came with “services and amenities at the level of financial operations not befitting of the office.”

The accounts, which the Vatican believe are now closed, were held in private banks in Switzerland, with one informed source telling the Register in 2019 that they could have contained as much as 7 billion euros.

“It became clear as the months went by that there was a hub of corruption within APSA, and related to this were these two banks in Lugano,” the source said on condition of anonymity. “Highly irregular transactions were transiting through these banks.”

Archbishop Galantino, whom Pope Francis appointed to reform APSA in 2018, insisted that his dicastery “does not have any ciphered accounts anywhere.” Commenting again a day later after checking his records, he told the Register that “no other information has emerged other than what I have given.”

Asked to comment on Msgr. Scarano’s claims of ciphered accounts and whether they could have been used for the Australia transfers, the Italian prelate said he had “no information to answer your questions, nor do I know what Scarano said, whom I have never met.”

Another concern is that the transfers to Australia continued up until the current financial year, indicating that recent financial reforms aimed at stamping out such suspicious transactions have been ineffective. One official predicted the revelations will prove “very problematic with Moneyval,” the Council of Europe’s team that periodically evaluates measures that nations have instituted against money laundering and financing terrorism. Moneyval made its most recent visit at the end of September.

“Given the publicly available information, laundering is the best explanation,” Matthew O’Brien, a Philadelphia-based investment manager and Catholic analyst who advocates for financial reform in the Church, told the Register Jan. 5. A Vatican City address or legal entity could have been illicitly used to open bank accounts in Rome and the recipients of the transfers in Australia would probably have been “co-conspirators” and made to look innocuous, he believes.

An informed source close to the Vatican also suspected money laundering, as well as possible mafia involvement, and wondered if some laypersons had manipulated trading software to make it look as if the money was coming from a Vatican account but in reality was “dirty money moving round the world.”

Regarding allegations of bribery to convict Cardinal Pell, O’Brien believes these are “really beside the point.”

“Nobody has produced any real evidence of bribery to date, in spite of the sensational rumors,” O’Brien said, but he added that these transfers “are prima facie evidence of a large-scale money laundering operation, which is enough to suggest that the mafia may be involved.” He called for a joint investigation by Austrac and the Vatican’s financial watchdog, the Financial Information Authority, as well as the Bank of Italy.

“The Vatican doesn’t conduct a general audit of its own books, so I don’t know how officials are in a position to contest the Austrac information,” O’Brien said. “Nobody at the Holy See is in a position to say how much money is being moved around by the various congregations, charities and hospitals that the Vatican nominally controls.”

The big question, he added, is which banks were used to carry out the transfers, as it is their legal responsibility to know their customers and perform necessary anti-money laundering checks. He believes that for any bank to open “Vatican” accounts would most likely have required the “cooperation of one or more Vatican officials to authorize it.” Therefore, an official with the authority to “open accounts in the Vatican’s name (or the name of a congregation, a hospital, etc.) would probably have had to sign off on this,” he added.

O’Brien said access to accounts at the Vatican’s own financial institutions such as the Vatican Bank or APSA “is strictly controlled, and any Roman branch of a secular bank would have had vetting procedures.”

After Cardinal Pell became prefect of the Secretariat for the Economy in 2014, the Vatican carried out considerable reform to ensure the Vatican Bank (Institute for Works of Religion) was transparent and less susceptible to money laundering, but less rigor has previously been applied to APSA and the Secretariat of State which were among the most resistant to Cardinal Pell’s reforms.

Only last month, after a series of financial scandals primarily involving a London property deal that led to massive losses for the Vatican, did Pope Francis issue a decree transferring the Secretariat of State’s investments and real estate holdings to APSA and strengthened the powers of the Secretariat for the Economy.

Whatever is the eventual size of the transfers to Australia, it is becoming clear that such transactions would have been frustrated had Cardinal Pell’s reforms been enacted early on. Several sources believed that if the 2016 external audit ordered by Cardinal Pell and carried out by Price Waterhouse Coopers had not been canceled by Cardinal Angelo Becciu after just four months, such transactions would have been discovered.

The Vatican’s decision to accede to Cardinal Becciu’s thwarting of the audit and his ouster of the Vatican’s auditor general, Libero Milone, had “momentous consequences,” said O’Brien.

“The auditors would have independently reached out to the banks for statements of all curial accounts, which probably would have flushed out an apparent fraud like this,” he said.
Share With:
Previous Article

Book gives more insight into the a...