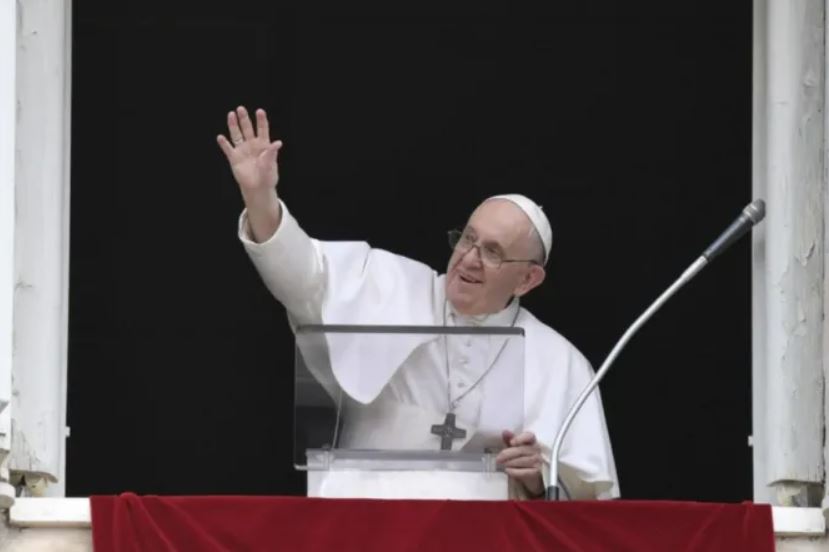 Pope Francis waves during his Angelus address at the Vatican, Aug. 8, 2021. / Vatican Media.

Italian police announced Monday that the sender of the letter addressed to Pope Francis containing three bullets has been identified.

The police have not released the name of the individual, but said Aug. 9 it is a French citizen “already known to Vatican security, with whom the Carabinieri of Milan will now coordinate to evaluate the meaning of the gesture and its possible danger.”

At the moment, according to the Italian news agency ANSA, “the information that most interests investigators is knowing where he is, because it would raise a different level of alarm to know if he were in France or in St. Peter’s Square in Rome.”

The Italian police originally  revealed that the envelope contained three pieces of 9 millimeter ammunition, of the kind used in a Flobert gun, and a message referring to financial operations in the Vatican. The new statement reveals that the envelope also contained a copy of a 10 Euro deposit, but it is not known for what and under what circumstances it would have been made.

The piece of mail, which had no return address but carried a French stamp, was addressed to “The Pope, Vatican City, St. Peter’s Square in Rome”.

The manager of an Italian post office branch in the town of Peschiera Borromeo, about seven miles southeast of Milan, alerted authorities when he found the suspicious piece of mail during sorting on the night of Aug. 8.