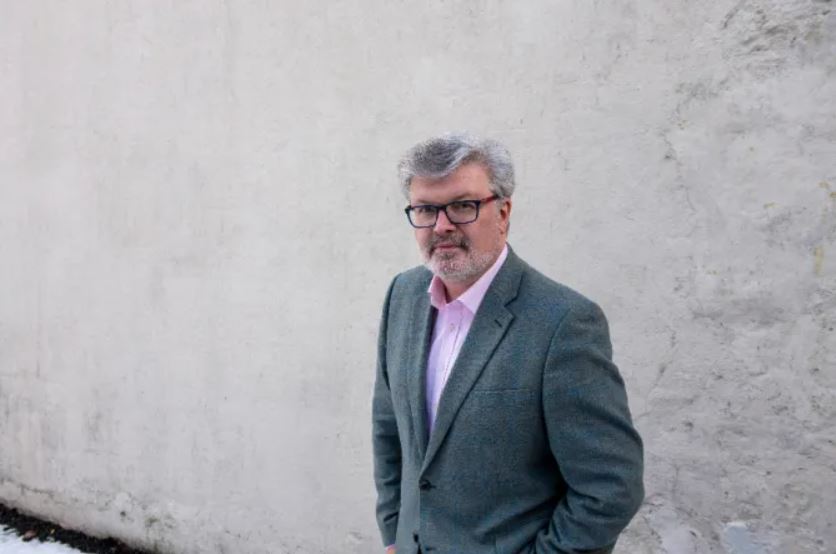 Some of St. John Henry Newman’s best-loved words will be heard on Thursday as they have never been heard before.

They will feature in a new work by the composer Sir James MacMillan performed publicly for the first time on June 10 at Farm Street Church in London, England.

The piece, “Nothing in Vain,” is a setting of a meditation written by the English saint on March 7, 1848, that includes the famous line “God has created me to do Him some definite service.”

MacMillan, one of the world’s leading composers, told CNA that he was struck by how much drama Newman packed into the brief reflection.

“It’s a beautiful text. It kind of gets to the relationship between God and the individual. There’s an existential dimension to this text which is very dramatic,” he said.

“And I think it attracts people, whether they’re believers or not, simply by the drama of its claim — the almost outlandish claim — that we’re all here for a reason.”

He continued: “It’s such a contradiction of modern skepticism and nihilism, put in such a dramatic, beautiful way: that we’re all created for some reason, or a definite service, something we’ve got to contribute to society, to the world. And that that individual commission for each is unique, and it’s not given to any other person.”

MacMillan was quick to add that Newman’s vision is, nevertheless, far from individualistic.

“All the commissions are interconnected,” he said, “No man is an island. We’re all here for a reason, a chain, that ‘bond connexion between persons’ that Newman talks about.”

“And then he’s very specific about what this commission is, what this definite service is, and this is to be ‘an angel of peace’ and a bringer of truth into the world. It’s heady stuff, really.”

Newman was canonized by Pope Francis on Oct. 13, 2019. When the saint wrote the meditation following his conversion to Catholicism, he intended it to be read during Eucharistic adoration, rather than sung.

MacMillan said that this presents a conundrum for composers seeking to set the words to music.

“Newman never imagined his work would be sung, so there’s not necessarily a singing quality to his original text. Even Edward Elgar focused on certain parts of ‘The Dream of Gerontius’ and not on others,” he said, referring to Elgar’s 1900 setting of Newman’s poem about a soul’s journey after death.

MacMillan explained that his work was made easier by a new adaptation of Newman’s meditation by the Anglican clergyman Robert Willis.

“Newman’s texts are not necessarily poetic at first stage and that’s why Robert Willis’ intervention was important. What he has done is made the lines flow that little better for us for song. It makes a musical response that little bit easier,” he said.

“I’ve written it in such a way that it’s for double choir. There are two choirs of soprano, alto, tenor, and bass, so there is a kind of pre-Baroque contrapuntal model at work in the music.”

The 61-year-old Scottish composer selected the portion of Newman’s meditation that concludes (in the new adaptation): “Whatever I am, I can never be thrown away. My sickness, my perplexity, my sorrow may serve God, who does nothing in vain. When I am among strangers and friendless, when my spirits sink and my future is hidden, still I may serve, for God does nothing in vain.”

MacMillan is one of two esteemed composers given the challenge of responding to Newman’s meditation. The other, Will Todd, will unveil his new work, “I shall be an Angel of Peace,” at the same event in London.

The concert, “Newman: Meditation & Prayer,” is taking place thanks to the Genesis Foundation, an organization supporting the arts founded by American-born investment banker John Studzinski in 2001. MacMillan has dedicated “Nothing in Vain” to Studzinski in honor of his 65th birthday.

The two new commissions will be performed by the vocal ensemble The Sixteen and conducted by Harry Christophers.

The program will include readings from works by Newman and the poet John Donne, who was raised as a Catholic in the 16th century but became a Church of England cleric.

MacMillan was born in Scotland in 1959, growing up in the town of Cumnock in East Ayrshire. After a youthful flirtation with radical left-wing politics, he embarked on a trailblazing musical career.

MacMillan has composed many pieces of sacred music inspired by his Catholic faith. They include “Tu es Petrus,” a forceful work that threatened to raise the roof of Westminster Cathedral when it was played as Benedict XVI entered the building during his papal visit to Britain in 2010.

In 2014, MacMillan founded an annual music festival, The Cumnock Tryst. A year later, he received a knighthood for his services to music.

He said that this was actually the second time that he had composed a setting of Newman’s meditation on “some definite service.”

Speaking of his first version, he said: “I’ve never heard it. It’s just one of these pieces that I wrote and then kind of forgot about it. I don’t even know if it’s been performed yet.”

“I was surprised to come back to it. And so I was determined to do it in a very different way. I had to get a different title just to differentiate the two works. But they are two very different pieces.”

He said that his approach to the new setting was inspired by a conversation with Harry Christophers, who lamented the lack of modern pieces for a double choir.

“There are many works from the past — Palestrina and Victoria and so on — that make use of the two choirs,” MacMillan noted.

“Is it a dialogue? It’s possibly more than a dialogue, in my case. It’s more to do with allowing the text to be reflected on with that little bit more depth and time, so that the words are continually being thrown around, the acoustic, from one group of singers to the other, just giving the listener that little bit more time and space to enter into the meaning of the text.”

“It’s quite a liturgical practice in many ways. It just allows the music, and indeed the text, to live in the ether that little bit more and make its impact patiently.”

MacMillan described the premiere as “the start of a journey” for the new compositions. This will include MacMillan mentoring young composers who have also been invited to respond to Newman’s text.

“My hope is that I’ll be able to get The Sixteen up to Scotland again to The Cumnock Tryst festival to perform this music, but also the music of the three younger composers that we’ve taken on, commissioned, and have been mentored by myself and Harry Christophers.”

“So there’s quite a long-term goal in mind to pursue this project in a more expansive way.”

Will Cardinal Marx’s Resignation B...