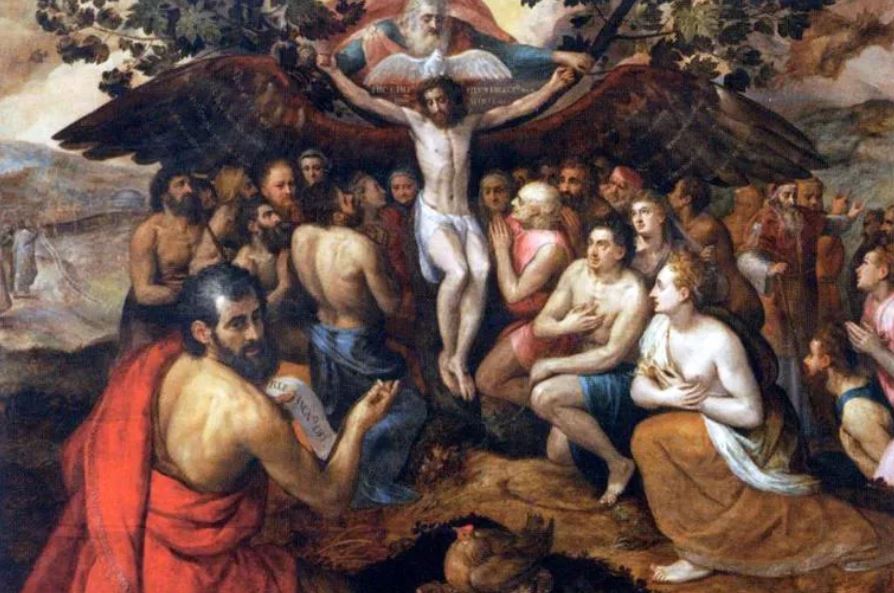 Fifty years ago Alan Power, an avant-garde filmmaker, was making sound recordings of homeless men in the run-down Elephant & Castle and Waterloo districts of London.

On a handheld tape recorder what Power caught was the random speech and interactions of the vagrants. Some of them spoke to him and some sang for him — many of them were in various states of inebriation.

One of the voices captured was different, however. It was that of a decidedly sober elderly man who intoned what sounded like a hymn. Tenderly, he sang the following refrain: “Jesus’ blood never failed me yet; this one thing I know, for he loves me so.”

The sound recordings were passed to Gavin Bryars, who was employed by Power to assemble and edit them for the filmmaker. As it happened, in the resulting film, the sequence of the anonymous  “hymn-singer” was not used.

Yet something of that 26-second sequence stayed with Bryars. He recognized the religious significance of what was being sung, having been brought up in a Protestant low-church tradition. Nevertheless, if it were indeed a published hymn, he could not place it.

Some time later, when Bryars played back the sequence at home, he discovered that the old man’s singing was in tune with his piano. Bryars began to improvise a simple accompaniment. In so doing, he noticed that the first section of the song – 13 bars in length – formed an effective loop that repeated itself in a slightly unpredictable way.

Intrigued by this, Bryars took the tape loop to where he worked at a university Fine Art department. Contemplating adding an orchestrated accompaniment to the singing, he copied the loop onto a continuous reel of tape. As he was to recount later: “The door of the recording room opened on to one of the large painting studios and I left the tape copying, with the door open, while I went to have a cup of coffee. When I came back, I found the normally lively room unnaturally subdued. People were moving about much more slowly than usual and a few were sitting alone, quietly weeping.”

At first puzzled by this transformation, the realization dawned on Bryars that those listening had been somehow overcome by the old man’s singing. “This convinced me of the emotional power of the music and of the possibilities offered by adding a simple, though gradually evolving, orchestral accompaniment that respected the homeless man’s nobility and simple faith.”

In December 1972 the original 25-minute version of “Jesus’ Blood Never Failed Me Yet” was first performed at the Queen Elizabeth Hall, London. Three years later a recording was made on Brian Eno’s Obscure label. The piece was to expand in length in the decades that followed. In 1990, for Les Disques du Crepuscule, the Gavin Bryars’ Ensemble recorded a 60-minute version of the piece in a restored water tower in Bourges, France. Three years later, in 1993 a 74-minute version was recorded for the Point label with rock star Tom Waits singing along with the original recording of the homeless man.

To this day, variations of the piece have been performed and continue to be performed around the world by both classical and other musical ensembles.

Yet, at its center, there remains a mystery.

Some have suggested the words sung by the tramp come from the 1911 hymn “His Love Never Failed Me Yet” by American hymnologist James M. Black. This is an inexact fit at best, for although there are similarities in the words that hymn is about the “love of the Lord” not failing; there is no mention of the Precious Blood.

When, in 1971, Power had been making his film with the down and outs of London, the singer who since has been heard around the world was not one of those he filmed, nor was there a photograph taken of the man. To this day, the identity of the singer remains unknown.

All we have is a voice — the frail voice of a man who is coming to the end of his life. Although the man, in the eyes of the world, possessed nothing, the rich tone of his voice, the deep conviction and even joy of what he sings, tells the world of a different reality. Paradoxically, he rejoices in his Savior, thankful for his Blood that has “never failed him yet.” This is the timeless voice of the Holy Fool: one who convicts the world of its folly by pointing it to the only thing that matters.

There may never find a hymn source for “Jesus Blood Never Failed Me Yet” but listening to it again perhaps instead we are being pointed to a passage of Scripture.

“So Jesus also suffered outside the gate in order to sanctify the people through his own blood. Therefore let us go forth to him outside the camp, bearing abuse for him. For here we have no lasting city, but we seek the city which is to come. Through him then let us continually offer up a sacrifice of praise to God, that is, the fruit of lips that acknowledge his name.” —Hebrews 13:12-15

Restored for the Carpenter: St. Jo...