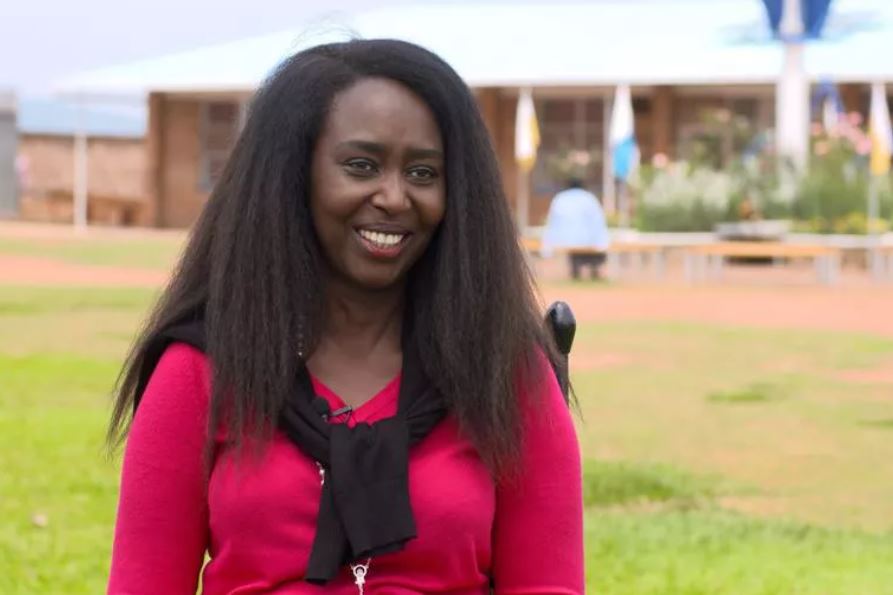 Immaculée Ilibagiza discusses Our Lady of Kibeho in ‘Kibeho: Listen, My Children.’

Watch a new program on Marian apparitions on EWTN that airs Nov. 24.

Immaculée Ilibagiza will discuss the apparitions of Our Lady of Kibeho with a preview of a docudrama to commemorate the 40th anniversary, Kibeho: Listen, My Children, which will debut at 10pm. This EWTN original docudrama presents the apparitions of the Blessed Virgin Mary to three young visionaries in Kibeho, Rwanda, in the early 1980s. Our Lady requested the daily recitation of the Rosary and Seven Sorrows Rosary, accepting suffering with love for the salvation of the world, and offering prayers and sacrifices for the conversion. The docudrama will re-air Sunday, 1:30 and 11 pm.

PBS Using “stunning animation based on space telescope images,” this new show charts scientists’ latest findings about the very beginning of the universe — the “Big Bang,” the theory propounded in 1931 by Father Georges Lemaître (1894-1966).

EWTN “No duty is more urgent than that of returning thanks,” wrote St. Ambrose. At 8am is Daily Mass with the friars in Our Lady of the Angels Chapel in Irondale, Alabama. (Re-airs 7pm, midnight.) At 6pm is Deo Gratias: The Life of Father Solanus Casey, the Capuchin friar (1870-1957) who told people who sought his prayers, “Thank God ahead of time.”

NBC, ABC At noon on NBC is the Kennel Club of Philadelphia’s National Dog Show, taped Nov. 20-21, featuring 205 breeds. At 8pm on ABC is A Charlie Brown Thanksgiving.

HISTORY Courage, self-sacrifice and devotion to country are on display in this documentary about the Japanese-American soldiers of the U.S. Army’s 100th/442nd Regimental Combat Team and Military Intelligence Service; TV-14

EWTN Topics include how to become prayerful, how to go to confession after a long time away and how to know if a sick person should receive Communion. Re-airs 11pm Saturday.

Kingdoms of the Sky

PBS “Andes” surveys the peoples, wildlife and scenic vistas of South America’s Andes. “Himalaya” does the same for the Himalayas. A 2018 re-air.

COVID Clampdowns in German and Aus...

Wife of Catholic radio host among...