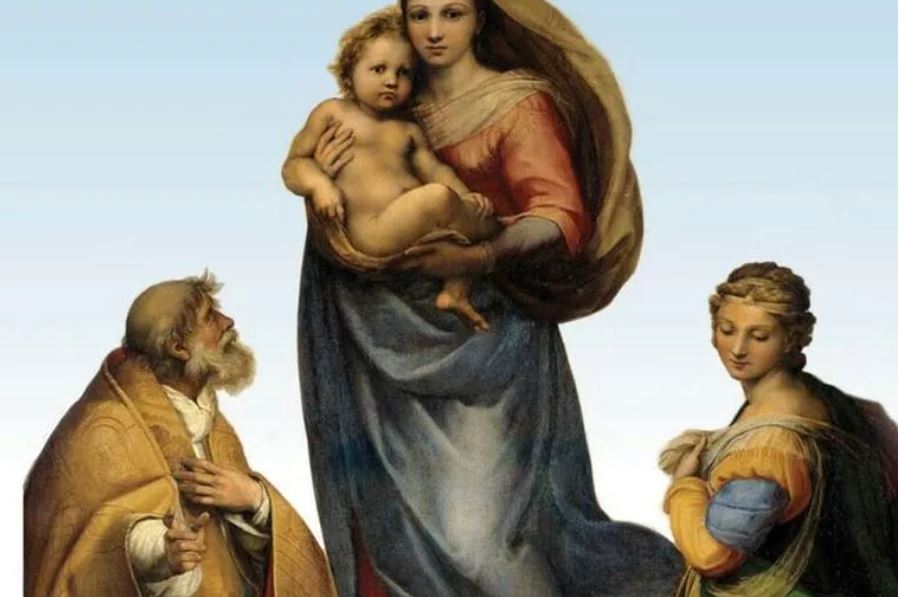 “As the fire of 1812 threatened New Orleans, the nuns set this statue in their convent window, praying, ‘Our Lady of Prompt Succor, hasten to help us or we are lost.’ The winds quickly changed direction,” writes Jesuit Father David Vincent Meconi of the prayers of the New Orleans Ursuline Nuns in 101 Surprising Facts About Mary.

“Then,” he continues, “in the 1815 Battle of New Orleans, General Andrew Jackson defeated a significantly larger British battalion, swearing, ‘The divine providence of God through the intercession of Our Lady of Prompt Succor has shielded us and granted this stupendous miracle.’ After the battle, Jackson thanked the Ursuline Sisters for their prayers and visited them each time he returned to the city.”

This is just one of the surprising facts about Mary that Father Meconi shares in his book, one of the newest works about Our Lady.

The book’s format lends itself to reproducing Marian paintings, icons and other artwork, gracing each page.

Then, partnering with the artwork, each entry is rather short, on average, a good-sized paragraph long. The format combines the visuals with the heart or core of the fact, such as in the example of Our Lady of Prompt Succor.

Many of these facts are indeed surprising: how butterflies and ladybugs have a Marian association; how Mary was connected to the start of the Sacred Heart devotion promoted by St. Margaret Mary Alacoque; what G.K. Chesterton said of Mary’s prominence; what snowfall prompted a church being built in Our Lady’s honor; what Marian hymns we still sing today were composed by the 11th century’s St. Herman the Cripple; what role Mary played in St. John Henry Newman’s conversion; what chapel in the Vatican is dedicated to the Immaculate Conception; the world’s oldest Marian prayer, along with a picture of the ancient manuscript fragment of it; and what well-known non-Catholic American author was enamored of Mary.

For most of these facts, the short entries are either enough in themselves or serve to whet readers’ appetites to learn more. But, in a few cases, the entries seem too simple when the event in question is complex or highly detailed. Take the Battle of Lepanto entry: Capturing such a momentous Marian event in so few words seems to miss the whole miraculous happening that saved Western Europe from Muslim invaders. There’s a damper put on the religious high drama. Likewise, an entry about the flowers named after Mary focuses on a small handful, when there are dozens named for the Blessed Mother.

On the other hand, an entry explaining what stood on the site of Mary’s appearance in Mexico as Our Lady of Guadalupe is sufficient in itself and offers readers an “Aha!” moment.

Important caveat: A presented legend from the seventh century comes from a pseudo-gospel that, although concentrating on Mary and a tree, presents a very unlikely, unflattering picture of St. Joseph’s character that is far from the truth told and revealed in the Bible — and by scholars throughout the centuries. Reader, beware of this entry.

Overall, 101 Surprising Facts About Mary is very pleasing to look at, with its high-quality artwork and inspiring facts about Mary, our Mother, who we honor in this month of May.