Learning Disabilities? Do Not Resuscitate! 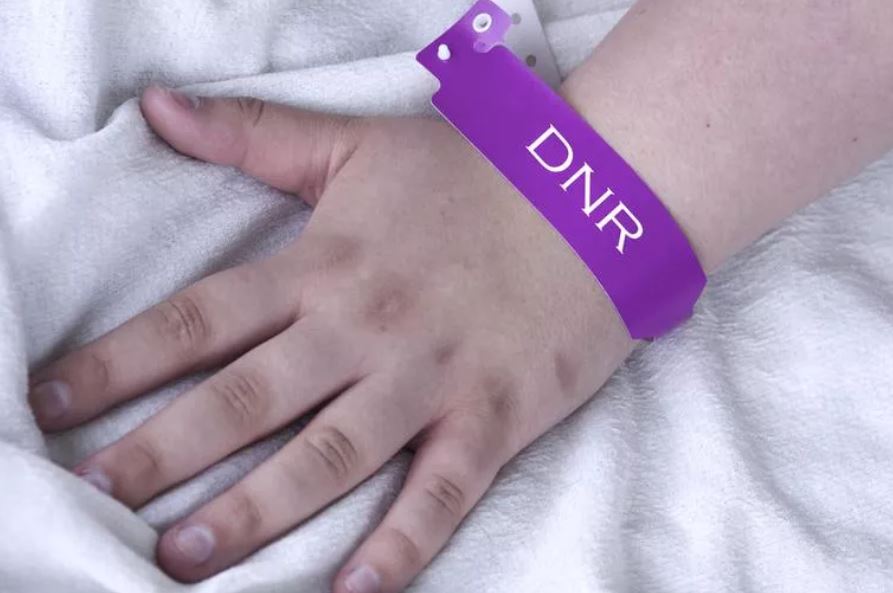 Learning Disabilities? Do Not Resuscitate!

LONDON — In the midst of the COVID-19 pandemic, news broke last month that within Britain’s state health-care system, “Do Not Attempt Cardiopulmonary Resuscitation” (DNACPR) notices had been placed on the files of people with learning disabilities while they were undergoing treatment for the virus.

British charity Mencap said it received reports this January from people with learning disabilities who had been told they would not be resuscitated if they were taken ill with COVID-19 in Britain’s National Health Service (NHS) hospitals.

Furthermore, in December 2020, the United Kingdom’s Care Quality Commission (CQC) stated that inappropriate DNACPR notices had caused possibly avoidable deaths during the previous 12 months. The CQC is now due to publish later this year a report into the practice of placing DNACPR notices on those with learning disabilities.

Speaking to the Register, a spokesperson for the charity Right to Life UK, Catherine Robinson, commented that she feels these revelations show that elements of British culture fail to value the lives of the most vulnerable in society: “The apparent discrimination against people with learning disabilities is shocking. … If it really is the case that ‘blanket’ use of DNACPRs was implemented for people with learning disabilities during the pandemic, [then] it reveals dark attitudes that at least some people hold in the [U.K.’s] medical and caring professions about the value of such people’s lives.”

In NHS hospitals DNACPR orders are supposed to be made only for people too frail to benefit from CPR (Cardiopulmonary Resuscitation). But campaigners and charities that support those with mental disabilities such as Mencap are worried that now these orders are being issued routinely for people simply because they have a learning disability.

“It came as no surprise to learn that these orders were placed on many persons with learning difficulties who had tested positive for COVID,” says Dr. Dermot Kearney, president of the Catholic Medical Association (UK). He told the Register, “The CMA had warned that such discriminatory and unjust practices were very likely to happen.”

In fact, at the beginning of the COVID-19 pandemic crisis, the CMA stated, in a March 2020 circular to all its members and subsequently published in the Catholic Medical Quarterly in May 2020:

“There may be attempts … to deny patients appropriate treatment, with decisions made on the basis of age or perceived disability or a perceived poor quality of life even when such patients may have reasonable prospects of survival if given time with supportive therapy, including invasive or non-invasive ventilatory support. … Those of us in a position to influence clinical decisions need to remain alert to ensure that unjust discrimination in healthcare provision is not allowed to happen.”

“Even before the COVID-19 pandemic,” Kearney continued, “it had become clear that, in recent years, in many U.K. regions, there had been widespread misuse of these DNACPR orders — often having been made prematurely and inappropriately in many cases.” He argues that these orders should not be made “simply on the basis of age, the presence of learning or physical disability or perceptions surrounding quality of life.”

The latest disclosures about the inappropriate use of DNACPRs come at the same time as campaigners have been pleading with government ministers to reconsider their decision not to give people with learning disabilities special priority for COVID-19 vaccinations, especially as there is growing evidence that those with a mild disability are more likely to die if they contract the coronavirus.

NHS figures released at the start of last month revealed that in the five weeks since the third lockdown began in January, COVID-19 accounted for 65% of deaths of people with learning disabilities, while, at the same time, figures from the U.K.’s Office for National Statistics show that the rate of COVID-related death for the general population ran in that same period at just 39%.

Responding to the latest revelations, Edel Harris, Mencap’s chief executive, said: “Throughout the pandemic many people with a learning disability have faced shocking discrimination and obstacles to accessing health care, with inappropriate DNACPR notices put on their files and cuts being made to their social care support. … It’s unacceptable … [with] many left feeling scared and wondering why they have been left out.”

Robinson sees a deeper malaise at the heart of these latest revelations: “Sadly this is not the only place in the U.K. health system where we see people with disabilities being singled out for what amounts to lethal discrimination. Under the current law in the U.K., abortion is available through to 24 weeks if a baby is healthy, but right through to birth if the baby has a disability. This includes babies with disabilities such as Down syndrome, cleft lip and club foot.”

These sentiments are echoed by Dr. Kearney, who observed, “There have been reports in recent years of women with learning disabilities or mental-health issues who have become pregnant being forced to undergo abortion against their wishes. In these cases, the initial decision that abortion is ‘in the best interests’ of the mother concerned is generally made by health-care professionals who are deemed to be caring for the mother. If that decision is disputed, the case tends to be referred to the courts, usually the Court of Protection. In at least one headline-making case in 2019, the initial decision by the court that a young woman with mental-health issues and learning difficulties should be forced to undergo an abortion procedure was subsequently overturned at the last minute by the Court of Appeal.”

In February an analysis by the Office for National Statistics showed that 6 in 10 COVID-19 deaths were of people with a disability.

For some, these figures confirm a deeper discrimination that is taking place across the U.K. against people with learning difficulties no matter how mild those difficulties may be. Speaking to the Register, Elizabeth Francis, legal officer for ADF UK, said, “Treating differently COVID patients with learning difficulties offends the value endowed to all human life.” Pointing out that all men and women have inherent dignity, from conception until natural death, she commented: “The capacity of men and women to realize and exercise their faculties, including through communication, interactions, relationships and creativity, is a by-product of personhood, but is not essential to personhood itself. Therefore, when a man or woman is unable to exercise his or her faculties, they still should be treated with the same respect as everyone else.” She added, “A subjective evaluation of mankind’s inherent dignity is always problematic.”

Francis thinks the latest DNACPR disclosures expose modern British society’s “prejudice” against people with disabilities. Ultimately, she feels this “will result in abuse or negligence, and it is most unfortunate that so-called compassion for people by health-care professionals equates, in reality, to death. … Societies that advocate for euthanasia, assisted suicide, abortion and other related practices demonstrate that they only value life in certain circumstances. This encourages a culture that is destructive.”

Responding to the latest revelations, a spokesperson from the U.K. Department of Health and Social Care said: “It is completely unacceptable for ‘Do not attempt CPR’ decisions to be applied in a blanket fashion to any group of people. This has never been policy, and we have taken action to prevent this from happening.

“We have asked the CQC to undertake a review of notices issued during the pandemic. This review has started and will report later this year. As this proceeds, we will continue to work across the health and care system to address the issue.”

While welcoming the forthcoming report, Robinson stated: “The Department of Health is certainly saying all the right things in terms of its condemning of this practice, but that it happened in the first place and — according to Mencap — at least, appears to still be happening to some degree, is atrocious.”

At a time when the NHS has never been held in such high esteem for the service it provides to the general British population during the pandemic, Kearney feels that there are several aspects of the NHS “that are not exemplary of good quality health-care provision and are indeed shameful. … Within the NHS, the inappropriate use of DNACPR orders unfortunately appears to be widespread. This is partly related to a poor understanding on the part of doctors of the process of what resuscitation should involve and should not involve; it is partly related to a mistaken belief and overconfidence that doctors have an ability to predict when an individual’s human life will end; it is also partly related to a change in the understanding of the sanctity of human life from conception to natural death.”

Furthermore, Kearney suggests “a utilitarian approach to medicine and the value of human life is now widespread among doctors and others working in the NHS. The finding that DNACPR orders were inappropriately made for patients with learning difficulties, that abortion is so readily accepted, that basic hydration and nutrition is denied to some patients with non-fatal illnesses with the intention of precipitating their deaths are chilling reminders that there is a callous disregard for the value of human life widespread within the NHS.”

“While much good is achieved and heroic sacrifices are made on a daily basis by many individuals working in the NHS,” Kearney added, “it is unfortunate that these positive aspects of the service are so often undermined by other shameful practices and attitudes.”

This Catholic Family is Asking Ful... 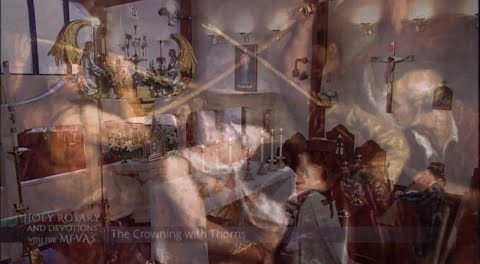 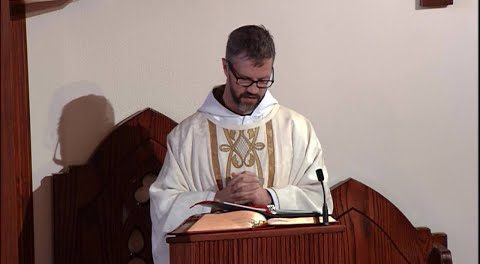 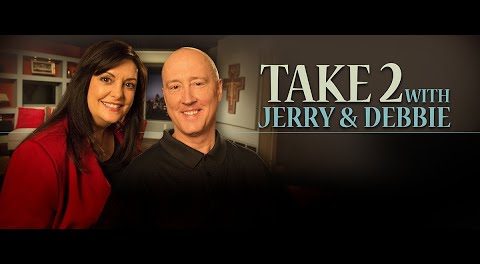 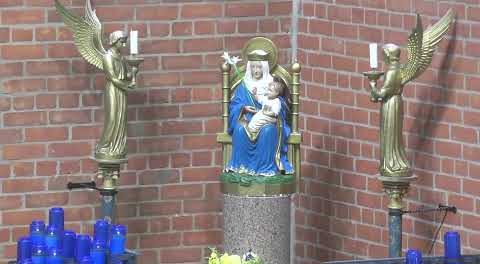