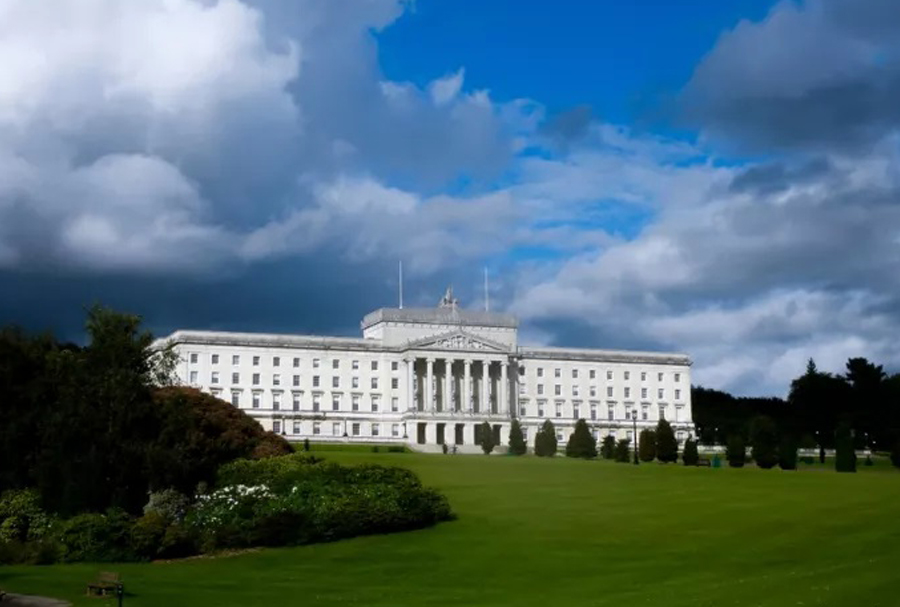 The Attorney General for Northern Ireland, Brenda King, has asked the U.K. Supreme Court to rule whether a ban on “influencing” women or protesting abortion outside abortion clinics is within the competence of the Northern Ireland Assembly.

The court must determine whether the bill is “a proportionate interference with the rights of those who wish to express opposition to abortion services in Northern Ireland,” the attorney general office’s said in a May 9 statement. The statement noted that the bill “does not provide for a defense of reasonable excuse.”

The Abortion Services (Safe Access Zones) Bill makes it a criminal offense for pro-lifers to engage in “influencing” women inside “safe access zones” around premises offering abortions. It bars protests against abortion in these zones, obstruction of access to abortion clinics, or directly arguing with or harassing people who may be entering the clinics.

Under Northern Ireland law, the attorney general may ask for a ruling on a bill to settle legal questions in a way that avoids lengthy litigation.

“One of the grounds on which a bill may be found to be outside the competence of the Assembly is if it is incompatible with the European Convention on Human Rights,” the attorney general’s office said.

The bill was passed at its final stage on March 24, but the legal question means delays before it can take effect.

Pro-life groups were critical of Members of the Legislative Assembly who had backed the bill.

“Former MLA Claire Bailey was very keen to fast-track her bill and ensure that there was as little scrutiny as possible,” Catherine Robinson, spokesperson for Right To Life UK, said May 13.  “It is no wonder that it has been stalled by the attorney general. Hopefully the Supreme Court in the U.K. will judge that Stormont did not have the legislative competence to omit a defense of ‘reasonable excuse’. This draconian legislation will be marginally less bad if it retains this defense.”

Right to Life UK said the bill effectively criminalizes offers of assistance and prayer within 150 meters, about 492 feet, of abortion clinics and hospitals. It characterized the “safe access zones” as “censorship zones” instead.

Several critics and backers of the bill, including bill sponsor former Green Party MLA Clare Bailey, had backed adding “reasonable excuse” as a possible defense for those accused of breaking the law. However, Sinn Fein, the Alliance Party, and the Social Democratic and Labour Party voted against such an addition.

Regardless of the outcome, Bailey said, the bill is in her view “a ground-breaking piece of legislation, the first of its kind anywhere in the U.K. and Ireland.”

“The bill is needed to end the deliberate campaign of harassment and intimidation facing women trying to access healthcare across Northern Ireland,” she said, according to BBC News.

Right To Life UK previously said a public consultation on the bill showed that it was supported by only 13 out of 6,412 respondents.

Other public critics included Alina Dulgheriu, a woman who 11 years ago was abandoned and pregnant. She said she was outside an abortion clinic when a volunteer approached her and offered her the help she needed to feel able to choose life for her unborn daughter.

“That bill, designed to prevent us from hearing about offers of support to continue our pregnancies, will shut down options open to women who find themselves in crisis,” Dulgheriu said in March.

Legal abortion was significantly expanded in the region under the Abortion (Northern Ireland) Regulations 2020. The law allows elective abortions up to 12 weeks of pregnancy; abortions up to 24 weeks in cases of risk to the mother’s physical or mental health; and abortion without time limit in cases of severe fetal impairment or fetal abnormality.

The abortion expansion was passed by the U.K. Parliament during a period in which the Northern Ireland Assembly had been suspended due to power sharing disagreements between the two leading parties, the Democratic Unionist Party and Sinn Fein. These parties, respectively, split along pro-U.K. unionist and pro-Irish nationalist lines.

The region’s Catholic bishops had decried the abortion expansion as “an unjust law” imposed “without the consent of the people of Northern Ireland.”