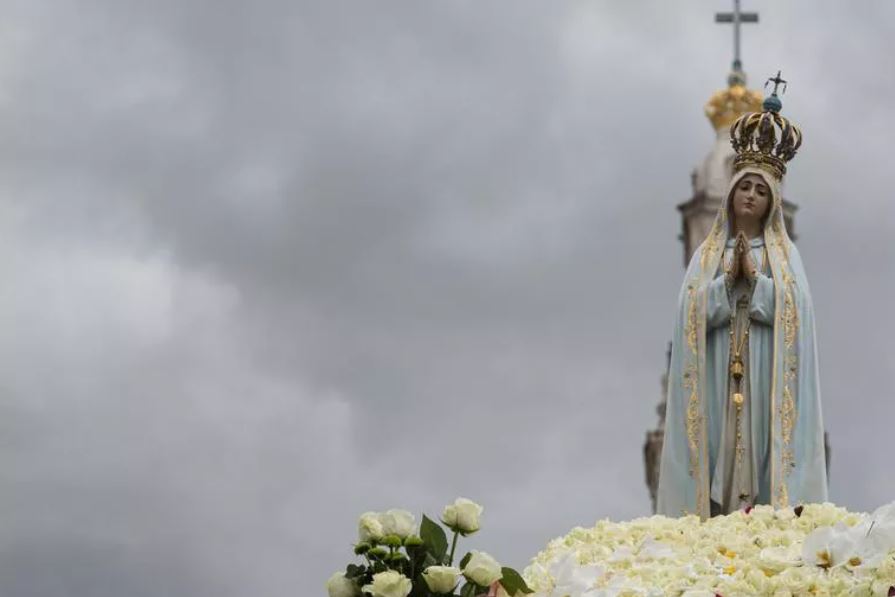 A NOTE FROM OUR PUBLISHER: What’s needed to combat militant secularism and pro-abortion expansionism remains identical to what turned the tide at Lepanto: trust in God and Our Lady’s intercession.

Four hundred and fifty years ago this month, on Oct. 7, 1571, Christian naval forces won one of the most significant victories in global history, destroying a considerably larger fleet of the Ottoman Empire at the Battle of Lepanto off the coast of Greece.

This world-changing event, which decisively stemmed the centuries-long tide of Muslim military expansionism in the Mediterranean basin, is commemorated every Oct. 7 in the Church’s liturgical calendar, on the feast of Our Lady of the Rosary. In fact, the feast was initially known as the feast of Our Lady of Victory, a title conferred in recognition of the critical role that Marian intercessory prayer played in winning the Battle of Lepanto.

Given this historical context, it’s always timely on this day, and throughout the rest of the month of October, to reflect on the importance of turning to Mary whenever we are facing personal or collective challenges in our lives.

It’s especially relevant this year, as the Catholic faith again is being challenged by forces that appear unstoppable to many observers. Today’s battle is, of course, very different from the challenge that Christian Europe confronted 450 years ago at Lepanto, with the attack now coming primarily from secularism and an increasing societal hostility to all forms of religion.

At the core, though, what’s needed to combat militant secularism remains identical to what turned the tide at Lepanto, against all odds: dependence on God through faith in the person of Jesus and recourse to Our Lord through his Blessed Mother’s intercession.

Right now, here in the U.S., this spiritual battle is being joined most prominently with respect to the issue of abortion. In the wake of the passage of Texas’ Heartbeat Law, and the subsequent decision by the U.S. Supreme Court not to block its enactment, the abortion lobby and their Democratic Party allies in Congress and the White House have mobilized dramatically in support of abortion rights.

Under the leadership of House Speaker Nancy Pelosi, a pro-abortion-rights Catholic, the House of Representatives hastily passed the so-called “Women’s Health Promotion Act.” This pernicious bill seeks not only to enshrine Roe v. Wade legislation but also to expand our nation’s license of unrestrained abortion even further by removing the right of individual states to pass laws restricting abortion access. It also aims to strip the rights of Catholic health-care workers and those of other faiths to refuse to cooperate with abortions on the grounds of their religiously formed consciences.

For his part, President Joe Biden, another pro-abortion-rights Catholic politician, has responded to the Texas law with a pledge to initiate a “whole-of-government” offensive in support of abortion. He’s already making good on that promise via executive branch support for the Women’s Health Promotion Act, alongside a lawsuit launched by the Department of Justice challenging the Heartbeat Law on constitutional grounds.

But it’s not really the Texas law that has roused pro-abortion activism to such a fever pitch. It’s the upcoming consideration by the U.S. Supreme Court of a different case, Dobbs v. Jackson Women’s Health Organization, involving a Mississippi law that bans abortions after 15 weeks of gestation.

Many informed legal observers believe the court is poised to overturn Roe v. Wade’s prohibition of restrictions on abortion prior to 20 weeks, when an unborn baby is deemed to be viable outside of the mother’s womb. And it’s quite possible the court’s majority of conservative justices will go even further in its Dobbs ruling and strike down Roe completely, thereby returning abortion laws to the exclusive authority of the states.

In this fraught context, with the lives of millions of unborn Americans potentially in the balance, faithful Catholics need to join in support of the drive to restrict the evil of abortion to the greatest possible degree in our nation.

With that objective in mind, EWTN, Relevant Radio and the Napa Institute have jointly launched an effort to pray and promote the daily Rosary during the month of October for “the end to legal abortion in America and an outpouring of support for expectant mothers.” This is being done specifically in the context of the Dobbs case, which the Supreme Court will take up in December. Hopefully, many other Catholic organizations will join this effort by praying the daily Rosary in October for this intention, and thus mobilize millions of Americans in prayer.

As I noted earlier, the nature of today’s secularist threat to the life and liberty of religious believers, in the U.S and in other countries, is substantially different from the military menace posed by the Muslim Ottoman Empire’s naval forces at Lepanto. The world is a very different place than it was in 1571, when Pope St. Pius V rallied the leaders of Christian Europe to form a Holy League and face down a violent aggressor with military action. But the most central element of St. Pius V’s response can and should be emulated. Ahead of the great sea battle, he ordered the city of Rome’s churches be kept open around the clock for prayers and advocated particularly for recitation of the Rosary in order to prompt the Blessed Virgin Mary’s intercession.

Nonbelievers scoff when the faithful resort to spiritual weapons in the face of dire earthly challenges, but believers know better. Again and again during crises across the Church’s 2,000-year history, unanticipated resources have materialized to provide exactly what’s needed to overcome a seemingly insurmountable obstacle whenever prayers for intercessory help have been offered to the Mother of Jesus.

Indeed, that’s precisely why the feast of Our Lady of the Rosary is celebrated every Oct. 7. And these Marian prayers are exactly what are required of us now throughout this month, as our nation’s highest court readies itself to hear the case that might finally bring an end to the national framework of legal abortion.