Let’s Study the Impact of the Traditional Latin Mass 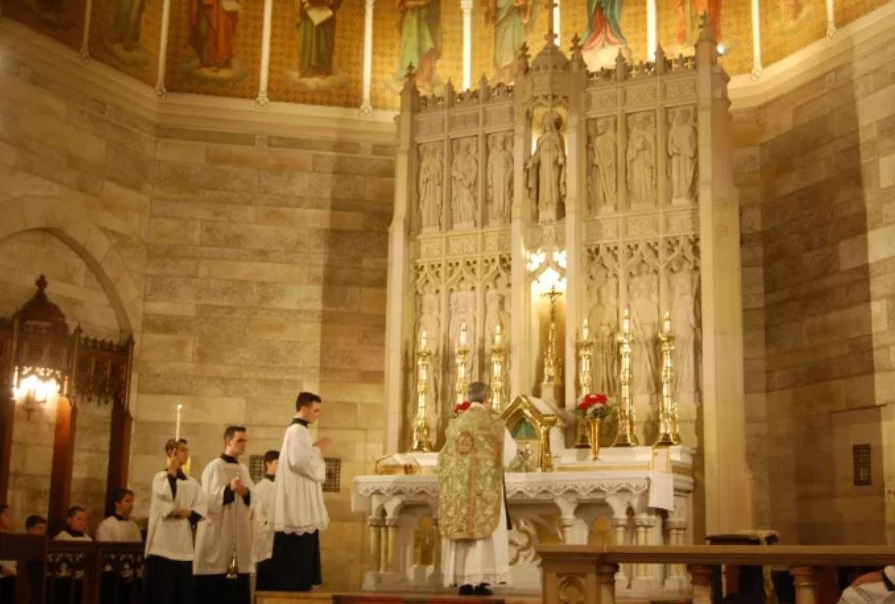 Let’s Study the Impact of the Traditional Latin Mass

COMMENTARY: US bishops will likely discover considerable evidence that proliferation of Traditional Latin Masses has been largely a unifying force in the Church — worshipers have been brought into the parishes where their youthful zeal is having a noticeable impact.

In Traditionis Custodes (Guardians of the Tradition), the motu proprio that sets out provisions for curtailing the availability of the Mass based on the 1962 Missal promulgated by Pope St. John XXIII (here referred to as the Traditional Latin Mass), Pope Francis states that his decisions are based on consultations with bishops worldwide (the results of which have never been made public).

Thanks be to God, most of the U.S. bishops who have issued a statement about the motu proprio has granted permission for the status quo to continue as they study the issue. I hope their study primarily involves hearing from the priests who host a Traditional Latin Mass at their parishes. What the bishops learn, I believe, will convince them that the Traditional Latin Mass is making an enormous contribution to the faith of their flock and the strength of the parish and, thus, should continue.

Ever since Pope Benedict XVI announced in Summorum Pontificum that the Traditional Latin Mass had never been abrogated and can never be abrogated and stated that priests who are approached by groups of the faithful who want it  may offer it without seeking permission from the bishop, there has been an amazing renaissance of the Traditional Latin Mass  .

Orders such as the Institute of Christ the King the Sovereign Priest that exists to offer and promote it  have been burgeoning at the seams; the parish in Detroit keeps adding more Masses to accommodate those who wish to attend. Parishes that offer the Traditional Latin Mass have found that young families flock   to the Mass, contribute generously to the parish, and become powerful forces for spreading the gospel.

A wonderful “side-effect” of the increased presence of the Traditional Latin Mass   is that those who aren’t comfortable with Latin but who crave the reverence so manifest in what Summorum Pontificum refers to as the extraordinary form, have worked with their pastor to bring elements of the it (never meant to be removed from the Mass) into the ordinary form, also called the Novus Ordo Missae — such as the priest saying the Mass ad orientem (facing east); putting in or utilizing existent Communion rails where parishioners receive the Eucharist on the tongue; using incense, bells and well-trained altar boys; and even introducing some Latin into the Mass. Those who attend such Masses find them to be extremely beautiful and having much the same impact as the extraordinary form. These Masses, in fact, resemble the Traditional Latin Mass more than many Masses in the ordinary form resemble each other!

Fifty-plus years of the ordinary form of the Mass have also had an effect on the Traditional Latin Mass.

I also think a recital of the Confiteor by the congregation would be a good thing. That kind of “active participation, which was not previously a part of the Traditional Latin Mass, seems to me to be coordinate with what Vatican II desired for the Mass.

Much quiet does remain — the priest silently saying many of the prayers of the Mass, especially of the Canon, creates in the congregation a contemplative spirit. Indeed, I know a priest who celebrates the ordinary form and has been saying most of the Canon quietly.  It does wonders for the peace of the Mass.

I believe there is considerable evidence that proliferation of Traditional Latin Masses has been largely a unifying force in the Church — worshipers have been brought back into their parishes and no longer feel like outcasts. Their fellow parishioners have accepted and welcomed this option in the parish. Everyone is astonished and delighted at the influx of the young whose youthful zeal is having a noticeable impact. Few of the young are doctrinaire — parents (who themselves don’t go to the extraordinary form) tell me their children have discovered the Traditional Latin Mass on their own and have no trouble going back and forth between the two forms. In many cases, mad “Rad Trads” have been softened by the recognition that the Traditional Latin Mass is an invaluable part of the patrimony of the Church.

That’s a lot of progress in the 14 years since Summorum Pontificum.

But the Pope’s new motu proprio wants to exile Traditional Latin Mass “groups”; the extraordinary form is no longer permitted in parishes nor are bishops permitted to form new personal parishes (see 3:2). So where do we go? To gyms? Empty stores in malls? Shrines, cemeteries and small chapels at religious houses?

How is it not divisive to separate those who attend the Traditional Latin Mass from their parishes?

Our hope lies in the bishops, and so far they are signaling that we have reason to be confident that the Traditional Latin Mass will remain a flourishing reality.

The motu proprio asserts that “It belongs to the diocesan bishop, as moderator, promoter, and guardian of the whole liturgical life of the particular Church entrusted to him, to regulate the liturgical celebrations of his diocese. Therefore, it is his exclusive competence to authorize the use of the 1962 Roman Missal in his diocese, according to the guidelines of the Apostolic See.” In respect to the motu proprio, we hope the bishops take advantage of the liberty the Code of Canon Law permits them since it is the foremost “guideline” of the Apostolic See (and much more than that).

Whenever he judges that it contributes to their spiritual welfare, the diocesan bishop can dispense the faithful from disciplinary laws, both universal laws and those particular laws made by the supreme ecclesiastical authority for his territory or his subjects. He cannot dispense from procedural laws or from penal laws, nor from those whose dispensation is specially reserved to the Apostolic See or to some other authority.

Bishops who decide to continue to permit the Traditional Latin Mass at parishes and who even decide to expand its availability) would not be guilty of disobedience.

They would only be doing their jobs.
Share With:
Previous Article

Catholics in France Divided on COV...

A Cry From the Heart About ‘Tradit...