MORE FROM EWTN
FAITH & RESOURCES
Welcome to EWTN GB - Global Catholic Television Network - Copyright ©
Trending News
HomeArticleLike Julian of Norwich, We Can Find a Peace the World Cannot Give — or Take Away

Like Julian of Norwich, We Can Find a Peace the World Cannot Give — or Take Away 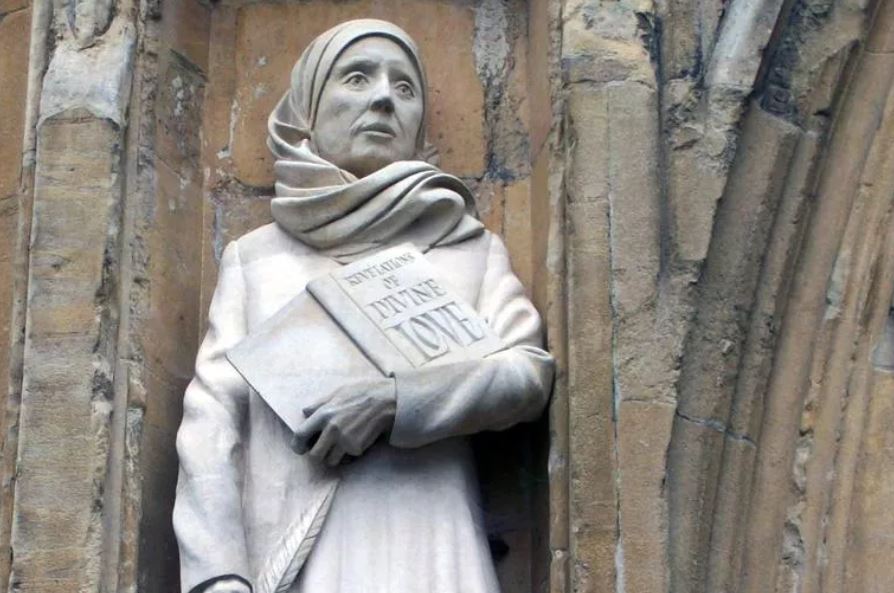 Like Julian of Norwich, We Can Find a Peace the World Cannot Give — or Take Away

Another year and yet another lockdown.

Never before has seemingly such large swathes of the United Kingdom’s population been confined to such limited spaces, both physical and psychological. In just 12 months our collective and individual worlds have shrunk. We are encouraged to stay home, to shop locally, to travel only when necessary, to meet as few people as possible. As a result, many of us have been forced to become 21st-century hermits.

Some have suggested this “new normal” is similar to a sci-fi story concerning a contemporary dystopia. For Catholics, however, there is a different way of viewing these current events — namely, to look back to the medieval period when hermits were once a common feature of many English cities.

For example, in 13th-century London, there were many hermit cells — at Cripplegate, Aldgate, Bishopsgate, Temple Bar and Cornhill to name but a few. Often the hermits were permanently enclosed in cells attached to churches. More properly called anchorites or anchoresses — the word comes from the Greek anachorein meaning “to retire or retreat” — the lives of these men and women were centered on prayer and contemplation.

Typically, the anchorite cell consisted of a small space, with a window through which to look out into the sanctuary of a church; through another window, by the good offices of a servant, the hermit would receive food and water and get rid of waste; a third window looked out onto a courtyard or even a street where people often seeking spiritual advice could communicate with the hermit.  In this confinement, with limited views and exercise, light and air, to say nothing of human contact, the anchorite would live and pray, sometimes for many decades.

The cell of the anchorite represented a grave. The Church ceremony prior to when a hermit took up residence there ended with a procession to the cell as the choir sang In paradisum deducant te angeli (May the angels lead you to paradise). Appropriately, this was, as it is sometimes now, sung at funerals as mourners conveyed the dead to the graveside. And once the hermit had entered the cell, the recludensus (novice recluse) would be sprinkled with earth as they lay down upon a freshly dug grave. Thereafter, with the cell door bolted, the hermit was alone.

In the 13th century it is reckoned that there were more than 200 anchorites across England. There were three times as many women as men living in this manner. Today, the best known of these English recluses is the anchoress Julian of Norwich.

Born in 1340s, Julian lived until c. 1416. From 1373, for about 40 years, she was enclosed in an anchorage in the east part of the churchyard of the parish church of St. Julian in Norwich, which then belonged to the Benedictines at Carrow Priory.

Julian had been born into an England where a pandemic then raged — namely, the Black Death. In 1381, while later living as an anchorite, she witnessed the Peasant’s Revolt, political unrest directly related to the earlier pandemic.  But also in that year she would have heard of King Edward II’s consecration of England as Mary’s Dowry. For Julian her days of seclusion were lived out during a time of acute economic, social and political crisis.

On May 13, 1373, Julian experienced a number of visions or “shewings” regarding the Passion of Our Lord, and included visions of Our Lady. Subsequently, Julian was healed of a serious illness. Then she set about writing an account of what she had seen, in what would later become known as Sixteen Revelations of Divine Love. Her writings, believed to be the first in English authored by a woman, are of an exceptional literary quality. Significantly, her elegant prose about mystical experiences was — and remains — accessible to all. Her “shewings” are also filled with faith and hope.

Depression, despair and an all-pervading despondency seem to have descended upon modern day England. With a winter lockdown, the last of three such lockdowns so far, and with the sick suffering from new variant strains of COVID-19 filling hospital wards, it is not hard to understand why. As quickly as it came at the end of 2020 the media optimism around vaccines has evaporated, now replaced by an increasingly apprehensive pessimism.

We Christians are never much interested in optimism, however. Instead, we live by hope, just as Julian did, just as all Christians should. Therefore, this English mystic and her writings may constitute the perfect antidote to the endless noise of a news cycle that currently disturbs the peace of so many. Julian, like all true Christians, was not blind to the contemporary problems that confront the world. Still, she saw beyond them by fixing her eyes upon the only sight that remedies the problem of pain — namely, Christ upon the Cross.

Alone, confined, no doubt often in darkness, living a vocation that, even then, few would have understood, Julian of Norwich found a peace the world cannot give — or take away. And what she wrote as a result of that should be inscribed upon all our hearts as 2021 commences when, just as in Julian’s time, so much appears to be in turmoil.