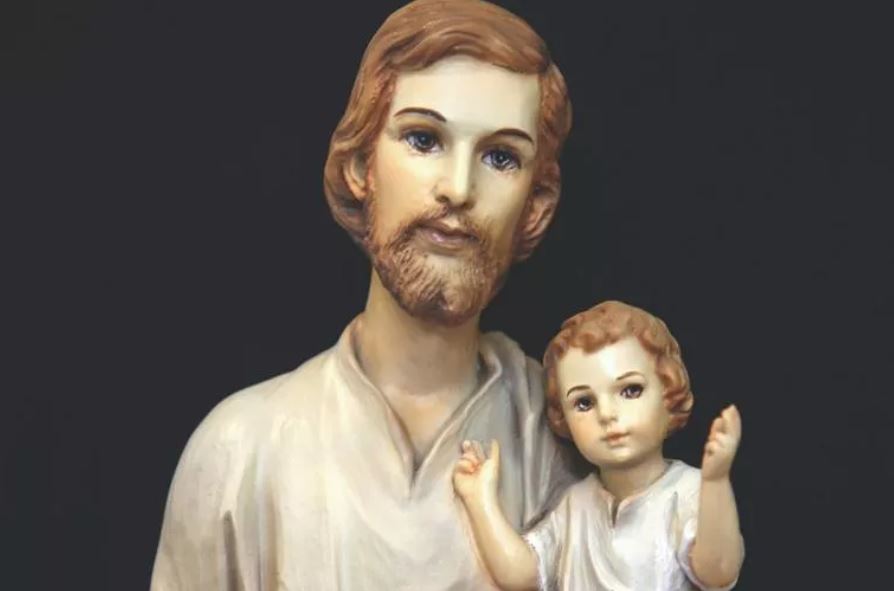 While not a word of St. Joseph’s is recorded in Scripture, his virtuous actions and trust in God speak volumes, especially to modern men.

While not a word of St. Joseph’s is recorded in Scripture, his virtuous actions and trust in God speak volumes. The silence of St. Joseph is “a silence that reveals in a special way the inner portrait of the man,” wrote St. John Paul II in Redemptoris Custos (The Person and Mission of St. Joseph in the Life of Christ and of the Church).

“The only word St. Joseph ‘spoke’ was his actions,” observed Sam Guzman, author of The Catholic Gentleman and founder of “The Catholic Gentleman” blog. “We know his character by what he did. That’s an important lesson for us men, as well, when we think about leaving a legacy for our family. Our children may not always remember what we said, but what we do will leave a lasting impression on them. St. Joseph teaches us the importance of not just knowing the truth, but acting in the truth in obedience to God’s will.”

Such trust enabled Joseph to live virtuously. “The first and most important virtue from which all Joseph’s other virtues flow is his absolute trust in God,” Father Gary Caster, author of Joseph: The Man Who Raised Jesus, told the Register. “This unwavering trust cannot happen without a genuine knowledge of and relationship with God.”

Father Caster elaborated, “In order for a man to lead his family to Christ and Our Lady, he must be possessed of this same unrelenting trust. This is best demonstrated in his manner of life. A man should not be afraid to express his faith and be proud of his faith. The surest way to this is that a man understand that he was made for excellence and not mediocrity.”

“To lead the family is, like Joseph, to stand in the place of God the Father,” added Father Caster, who serves at St. Columba, St. Francis of Assisi and St. Patrick Churches in Ottawa, Illinois.

“This is an awesome responsibility that has been entrusted to every father. This means he is first a giver of life. A father’s love must be generative; it must strengthen, nurture and enhance the life of each family member.”

That leads to another virtue exemplified by St. Joseph that men should imitate: courage.

Faced with “literally a madman who wanted to kill babies, the Christ Child specifically, it took courage for St. Joseph to defend the Child by giving up everything he was familiar with and going to a foreign country,” said Father Donald Calloway, vicar provincial and vocation director for the Marian Fathers of the Immaculate Conception and author of the bestselling Consecration to St. Joseph: The Wonders of Our Spiritual Father. He also mentioned that Pope Francis refers to St. Joseph’s courageous heart in his apostolic letter for the Year of St. Joseph, Patris Corde (With a Father’s Heart).

“It was incredibly courageous. He didn’t know the language or how he was going to be employed,” Father Calloway explained of Joseph’s experience leading the Holy Father to Egypt.

“Be courageous to take a stance and not let the world have such an influence on the family,” Father Calloway advised modern men. “Protect the home. Also, look out for the spiritual well-being of your wife and children. Be careful with what the family entertains themselves with or allows into the home, for the safety of their hearts and souls, so they don’t get hurt.”

Single men must have the same virtue and willingness to go where God calls. “You have to be courageous in the maintenance of your own soul,” Father Calloway said. “There is something you might have to sacrifice, and it may require you to change jobs if your employment requires you to do something immoral. And maybe you have to move to a different area where you have no family.”

Following Joseph’s example, creative courage “emerges especially in the way we deal with difficulties,” Francis writes in his letter. “In the face of difficulty, we can either give up and walk away, or somehow engage with it. At times, difficulties bring out resources we did not even think we had.”

He calls St. Joseph the “true ‘miracle’ by which God saves the child and his mother. God acted by trusting in Joseph’s creative courage.” Moreover, Joseph protects “Mary’s good name, her dignity and her life. In his hesitation about how best to act, God helped him by enlightening his judgment.”

According to the Pope, “[T]he Gospel shows us what counts. God always finds a way to save us, provided we show the same creative courage as the carpenter of Nazareth, who was able to turn a problem into a possibility by trusting always in divine providence.”

Pope Francis also said that this trust extended into the Holy Family’s domestic church: “God trusted Joseph, as did Mary, who found in him someone who would not only save her life, but would always provide for her and her child.”

Guzman finds common cause in St. Joseph’s “radical obedience to God.” Guzman maintains this same principle of doing the will of God and immediate obedience to it applies to all men, whether family men or single men.

For Joseph this included waiting on divine guidance. St. Joseph’s silence was rooted in waiting for God’s word. He remained in Egypt until God directed him onward.

“That’s something we’re all going to experience if we’re doing God’s will,” Guzman said.

Added Father Calloway, “He had to wait till God sent his angel to tell him when to leave. We don’t know how long they were there. There’s a strong tradition they were there a few years. It wasn’t a weekend family trip. The patience of St. Joseph is extraordinary.”

In Patris Corde, Pope Francis notes that St. Joseph “never made himself the center of things. He did not think of himself, but focused instead on the lives of Mary and Jesus.”

In addition, St. Joseph is the perfect model of the virtue of chastity. Guzman emphasized this virtue is for both single and married men. “St. Joseph teaches us how to love and respect women in a pure and chaste way,” he said. “Chastity applies just as much in marriage as in singleness. Married men are called to chastity, too. St. Joseph teaches us the way to be lovingly chaste for the good of our spouse and the good of our family.”

In his letter on St. Joseph, the Pope also observes that in today’s world, “where psychological, verbal and physical violence towards women is so evident, Joseph appears as the figure of a respectful and sensitive man.”

Overall, as Father Caster put it, “St. Joseph longs to reveal to every man the true nature and unimaginable possibilities of what it means to be a man.”

For, as the old truism goes, “Actions speak louder than words.” 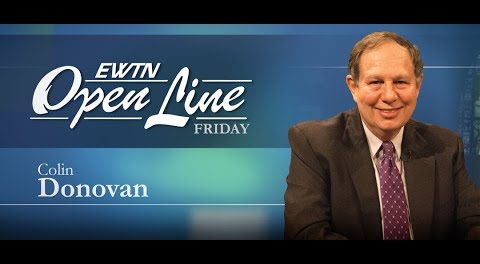 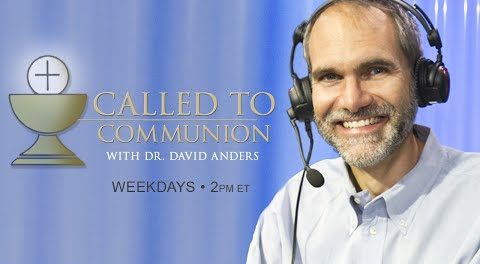 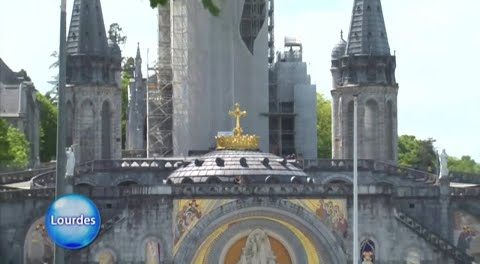 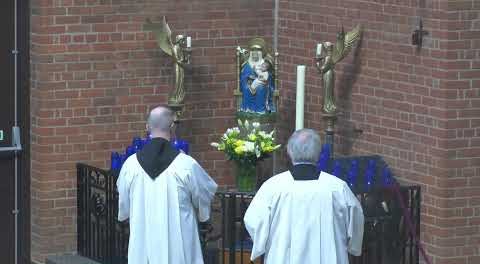 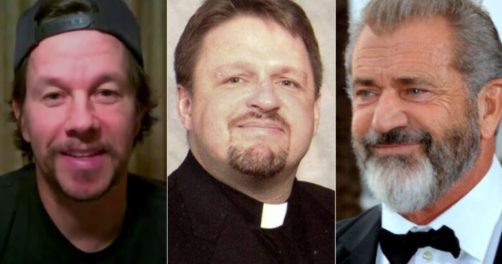 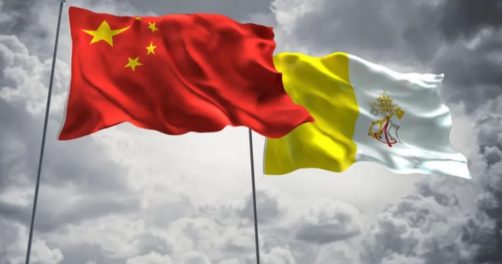 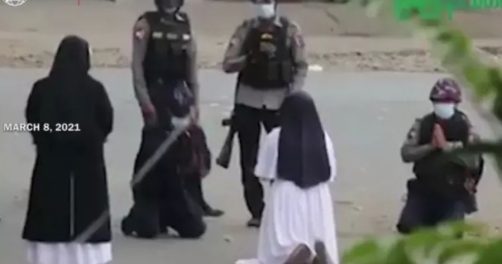 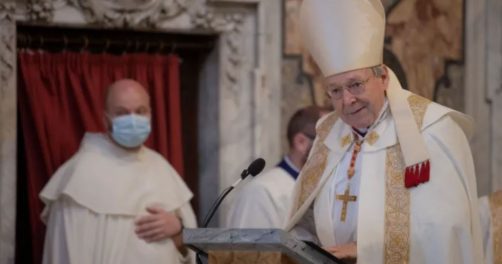